Manga are comics and graphic novels that originate from Japan. Manga covers a wide range of genres, from fantastical fighting manga to the “slice of life” genre that attempts to explore the problems and anxieties of everyday life. Manga is enjoyed by people of all ages, as well as having immense popularity in many countries outside of Japan and leading a large anime (Japanese animation) industry. These graphic novels are usually read from front to back, and right to left to preserve how the manga were originally published. Many manga series, such as Naruto and One Piece, are long-running series, which has led to publishers adding a handy summary of the plot as well as character information to make manga accessible for all readers. 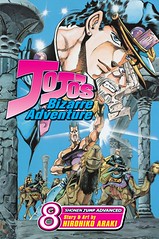 JoJo’s Bizarre Adventure (2007)
JoJo’s Bizarre Adventure (JJBA) is my absolute favorite manga and anime. It tells the story of the Joestar family and their fight against evil, usually stemming from the main villain, DIO. The manga is divided into 9 arcs with a new member of the Joestar family becoming the main protagonist. JJBA is known for exploring different genres in each arc, ranging from a serial killer mystery to an Italian mob story. The series is also known for introducing the concept of Stands, an inner fighting spirit that emerges from the user to fight for them with special powers. 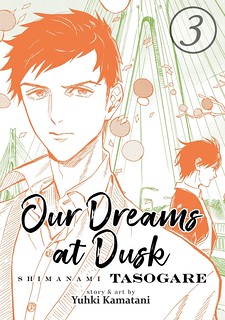 Our Dreams at Dusk (2019)
This story is set in Onomichi, Hiroshima prefecture that takes place in a mysterious lounge that serves as a “drop in” center for people to discuss their problems and issues with the unusual people that frequent the lounge. After Tasuku Kaname is outed to his classmates as gay, he plans to commit suicide. However, his plans are changed when he witnesses a woman jumping to her own death, only to discover her unharmed at the scene. The woman is the owner of the lounge, also known as “Anonymous,” and offers to listen to Tasuku’s story to help him come to terms with his sexuality. This manga offers a realistic and emotional view into the lives of LGBTQ+ people in Japan. 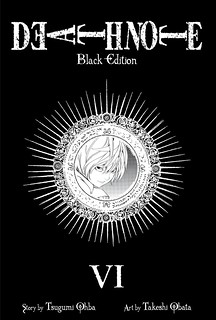 Death Note (2011)
When Light Yagami finds a notebook dropped by a Shinigami death god, he discovers that it gives the power to kill anyone whose name is written in the notebook. The series follows Light as he sets on a mission to cleanse the world of evil and attempts to evade the genius detectives employed by the authorities. While I would not normally recommend jumping into a story and reading its final chapters, BCIT Library is fortunate to have a copy of Death Note Black Edition. The Black Edition is an omnibus (a book containing multiple stories, such as a short story collection) containing the final volumes of the series. The edges of the outer pages have been colored black and contain a few colored pages, which are an exceedingly rare sight in manga. 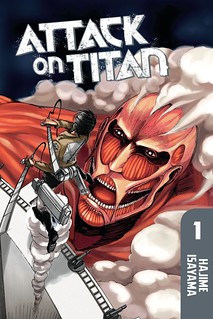 Attack on Titan (2012)
In 2009, Hajime Isayama introduced us to the world of Attack on Titan, a world in which humanity is forced to live within cities that are protected by three layers of walls. On the other side of the walls, massive humanoid giants called Titans lurk around the desolate outer world, waiting for any humans to emerge so they can attack and eat them. The series quickly spread in popularity, with the anime beginning in 2013. With the manga series having concluded in 2021 and its final anime episodes set to air in 2023, now is the perfect time to get started with this series. Check out Volume 1 & 2 today to see how Eren Yeager navigates this world of brutality, betrayal, and bravery as he seeks to exterminate all Titans for what they did to him and his family.