Open Education Week at the BCIT Library is starting off with a cross-institutional roundtable discussion and an Open Design Thinking workshop on OER for the Trades. 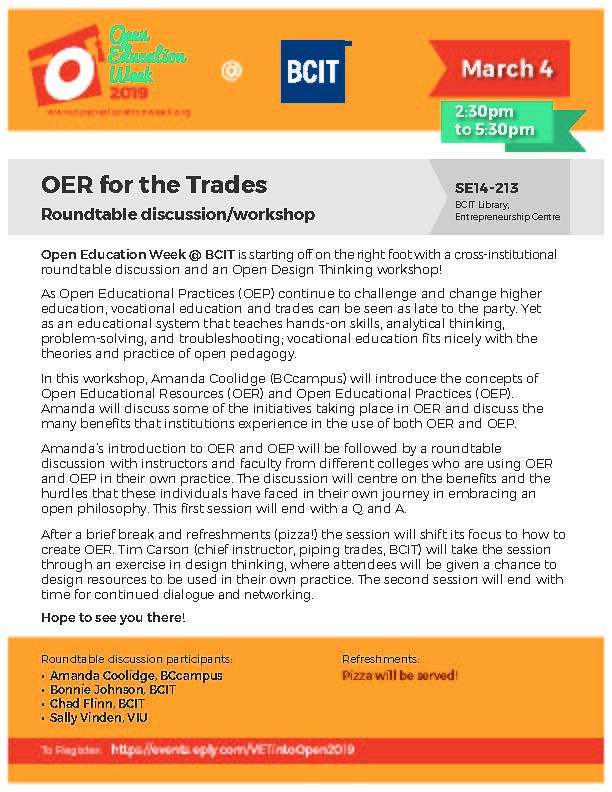 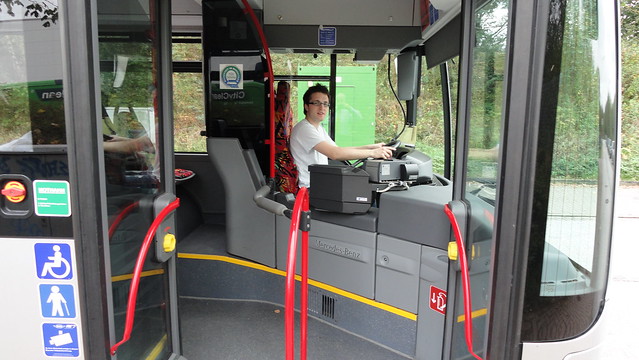 What attracted you to becoming a Peer Tutor?
I served as a teaching assistant at SFU. I wanted to do something similar again where I had an opportunity to help fellow students with their studies.

How has working as a tutor helped you?
It is very gratifying to know that you helped someone with an assignment. I have also found communicating with different students and looking at writing on different subjects broadens my mindset.

If you could give one piece of advice to a BCIT student what would it be?
Enjoy your time at BCIT, even when you experience moments that are not so enjoyable. In those situations, it is heartening to know that your fellow classmates also go through a similar experience. I found that my peers are consistently ready to support me and vice versa.

What would your dream job be when you leave BCIT?
Project Manager.

If you had a free day, how would you spend it?
Hang out with my friends and family at a lake.

Cyberbullying is this years’ Pink Shirt Day’s focus. The day is meant to focus on encouraging others to combat cyberbullying by thinking twice before posting something negative, and instead using the internet to spread kindness.

Show your support by joining us at the Burnaby Campus Library on Wednesday, February 27th.

All events are located on the main floor and are FREE to everyone. 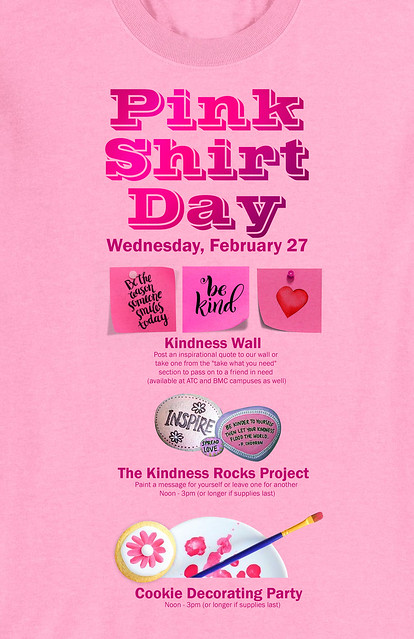 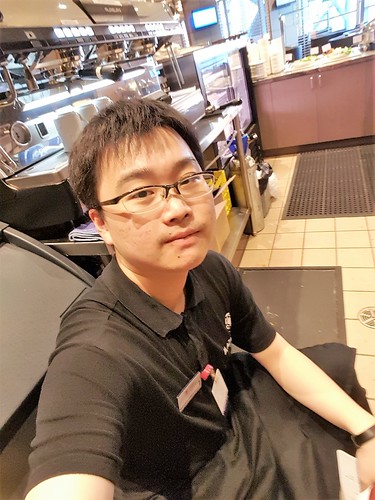 What attracted you to becoming a Peer Tutor?

Sharing study experience with peers is a valuable experience. A different approach to the same question can really inspire me.

How has working as a Tutor helped you?

Teaching is the best way of learning. Practicing makes my knowledge become the real skill.

Never make yourself disappointed in the future.

An accountant which can make my family feel proud by earning honest money and making a positive contribution to society.

Just keep reading and learning. Study intensively is already part of my life. 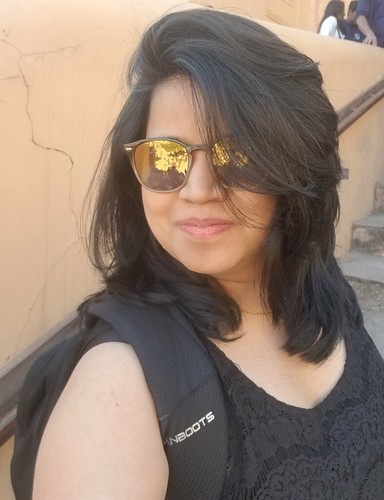 It was a pleasure sitting down to chat with Peer Tutor, Ishita Arora, B.Acc. candidate 2018. I had already heard the tale of how Ishita read about our Peer Tutoring program on the BCIT website while still at home in India, and decided she wanted this job. This is partly what drew her to BCIT. Ishita has been at BCIT since Fall 2015, with a Co-op term at KPMG Jan – Aug 2018. She tutored for the Learning Commons from September 2016 until December 2018, where she was a natural at taking on a leadership role with peer tutoring activities.

Ishita talked about her family: her father is a self-made man and her mother is an elementary school teacher. Her grandfather was an accountant and her father worked with him as book-keeper from a very young age, so Ishita is following the family profession so to speak. Tragically her grandfather passed away rather young. Ishita’s father dropped out of school at sixteen and stepped up to take care of the family. He has built a very successful bakery products business. Her mother married young though she had nearly completed her undergraduate English Literature degree, and after having a family she went on to do a B.Ed. degree. These were the values and work ethic that was modelled for Ishita. Growing up, she says, she was quite introverted; school was her main focus with a small circle of friends. She was pretty sheltered too, not having to venture out on any family errands or take on responsibilities.

When it came time to apply to university, Ishita was dismayed to discover that despite scoring 96% in her high-school exams, she stood no chance of gaining admission to any of the reputable local universities. Her only option was a lesser school with a party culture. Competition for university seats is fierce, and coupled with the practice of donations to secure seats, many lose out. She went to class for just a week before saying to her parents that it simply wouldn’t do, that she wanted a much better education for herself. Career opportunities for women are limited in India generally, internships are unpaid, and her town Ludhiana is very industrial. She believes that if she’d stayed in India she’d have felt pressure to marry, despite her parents not being traditional. With family in the Vancouver area, and her brother already at Kwantlen Polytechnic University, she began researching post-secondary schools here. At the top of her list were BCIT and SFU, both having strong reputations.  Ultimately, she picked BCIT for its shorter, more compressed programs, strong industry connections, and more serious vibe.

So has BCIT lived up to her expectations? More than she had hoped for, she says, and she’s sure she made the right decision. The calibre of BCIT’s Accounting programs is impressive, and she wouldn’t have acquired this level of knowledge and practical experience in India. BCIT has changed her enormously as a person too. The group work has been particularly useful, though she hated it at first. The need to present projects and be persuasive while doing so, has taught her valuable life skills about collaboration, motivating each other, presentation and argument, and leadership. She’s come out of her shell and feels more extroverted now and much more confident. These are skills she could not have acquired doing her degree in India.

And it’s been total immersion: she feels almost Canadian. Sure, it’s been a bit of an adjustment living on her own but she was already quite independent. Her father has footed the bill for her education, and she is very grateful he gave in and allowed her to embark on this huge adventure despite many reservations. It’s also taught her self-sufficiency and how to take care of herself; she’s put her car into storage while in school to manage her expenses.

Ishita says the skills she has learned as a tutor are “the best.” She likes helping people, and the students feel she is approachable – they are always coming over to thank her; some stopped by even during our interview. Tutoring has been a great tool for her own review too; it’s made her very solid on the basics. Meeting a great variety of people from a range of disciplines and cultural backgrounds has broadened her perspective. She’s made a lot of friends, enjoying both school interactions and special social occasions with them. Ishita’s most important advice for new tutors is to keep an open mind about people having different learning styles, and that a tutor needs to be able to modify their teaching approach to suit the student. Taking time to understand a person, and having them walk one through where they’re having problems is key. Having said all this, there’s a big learning curve, so it’s helpful having experienced tutors around to mentor the new ones.

And so it was with mixed feelings that we said good-bye to Ishita at the end of the Fall term. She was heading to India for the Holidays to see family and recharge before embarking on her next adventure. KPMG, the financial audit and tax services firm where she did her Co-op term, is welcoming her back to a permanent role. She will be much missed by the Learning Commons team!

Join us to find out about using openly licensed materials, how to add an open license to your content, and how to use PressBooks as an open content creation platform. Attend all workshops for a full introduction to OE, or just stop by one or two and top up your knowledge. As you attend the workshops, keep an ear open for more Open Education events coming up in March, during Open Education Week (https://www.openeducationweek.org/). 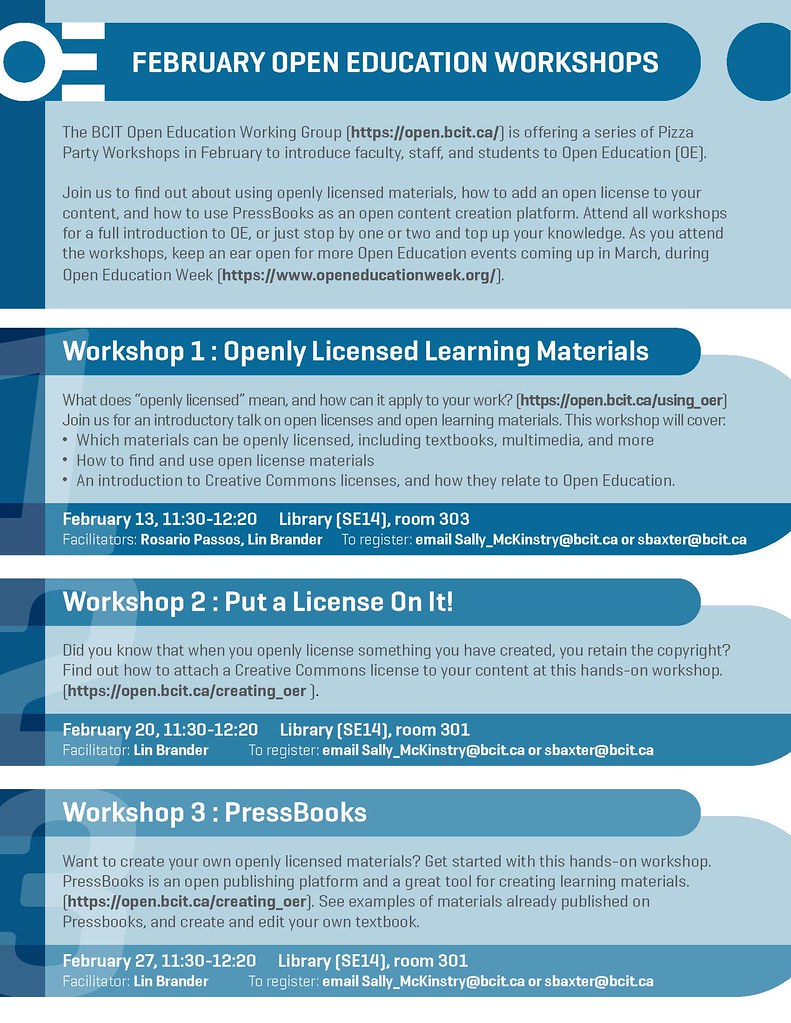 Join Eric Saczuk and James Rout on February 15th between 11:30-12:30 at the ATC CIBC Room for a discussion on Open Education and pizza! 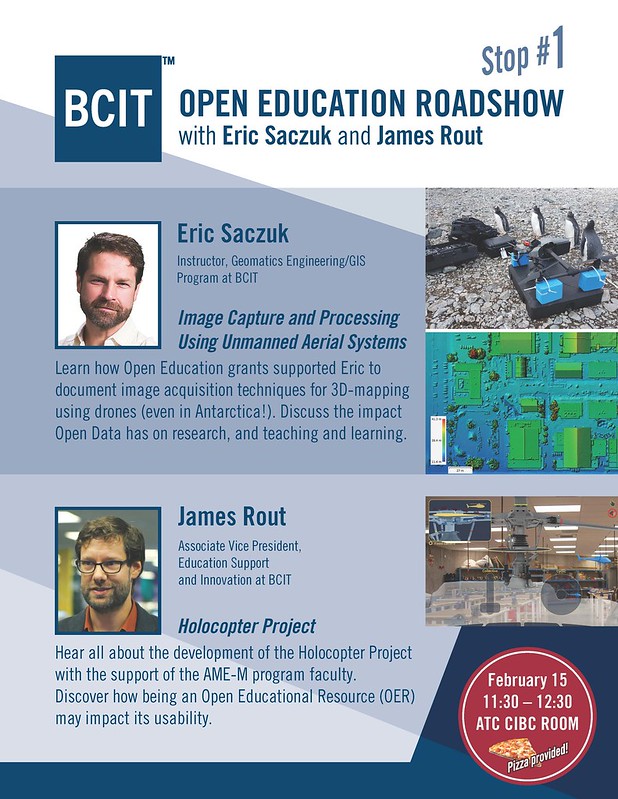