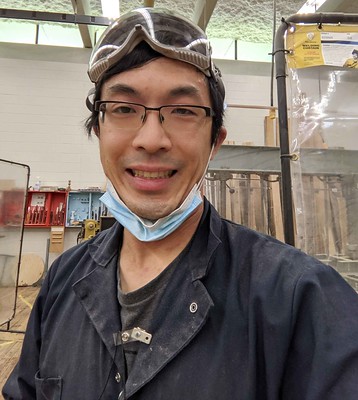 Conrad Ma is part of the TTED program at BCIT and has been using MediaWorks to print the custom parts required for his robotics project. We wanted to share the finished version as it is an exciting example of how students can use 3D printing and integrate it with other technology…Well done Conrad!

“This project is for a class called Teaching and Learning Support Materials in the TTED program.

It is where we get to build teaching materials that we could take to our school shops when we become teachers. Technology Education teachers are traditionally known as shop teachers. We are teachers who teach elective courses in a wide variety of shop classes including woodworking, metalworking, electronics and automotive technology.

With this project I wanted to make an eye catching project that can help teach different processes from several shops. For this project I welded the pipe to the steel base plate, I went to the wood shop to laminate the palm section of the hand, I 3D modelled the fingers in Fusion360, and of course, I programmed the Arduino microcontrollers in electronics. In addition, this project can also be a selling point to attract students into my shop class by showing the different types of things that they can learn to build and work with. In essence, this was a passion project of mine as I really wanted to learn the robotics behind a project like this and I hope I can use this to spark an interest in my students to build something that they want to build.

Inspiration for this project came from my own experience in electronics class in high school. I named this “Project Gebert” because my electronics teacher had a student that made one of these robotic arms. Unfortunately my teacher had an unfortunate accident where he was reaching for an old container of etchant on a high shelf and the container broke and etchant spilt into his eyes. That made him unable teach electronics after my grade 10 year. I always wondered what it would be like to learn Robotics from him in my senior years. Now that I have learned enough robotics to build a project like this, I dedicated this project to my late electronics teacher Ross Gebert.

Thank you very much MediaWorks for helping me build this project. It was a joy to build and see come together. Here are some photographs of the finished product and of the 3D prints that you helped me with:” 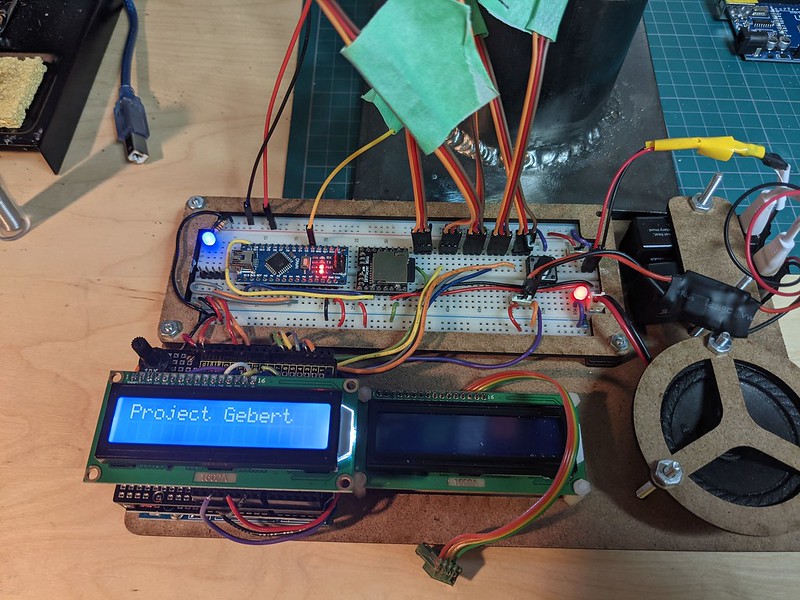 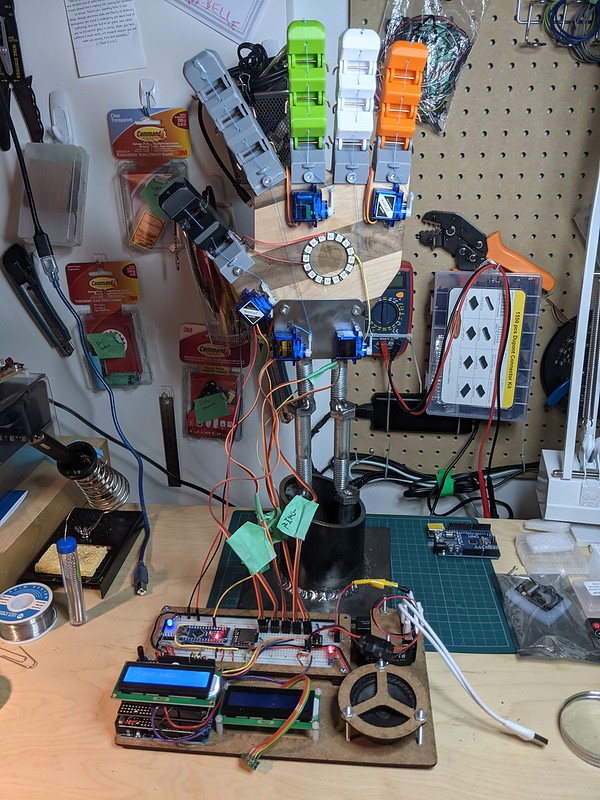 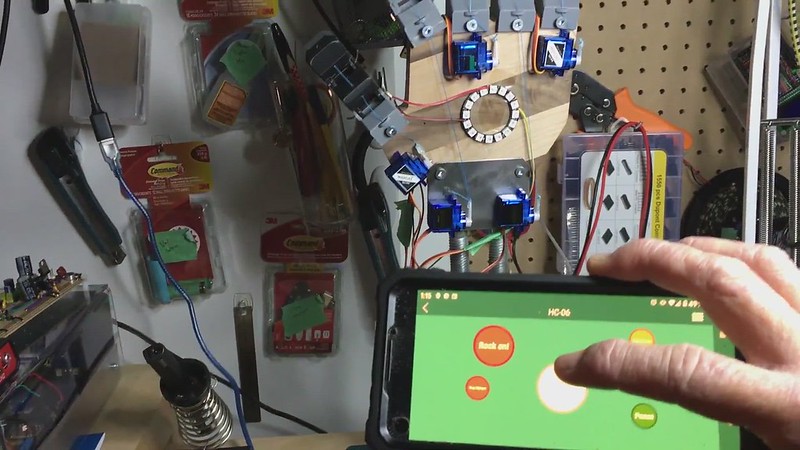 More must see titles from Kanopy, an on-demand streaming video platform available for all students and staff. 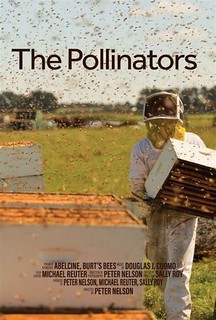 Beautifully shot, this cinematic odyssey follows mobile beekeepers as they haul their precious, albeit unusual, cargo from orchard to farm and onwards. The honeybees, whose numbers are in peril, are essential workers for helping to pollinate many of our staple crops. The Pollinators is surprisingly heartfelt and highlights issues with our current agricultural system with its reliance on chemicals and reduced crop diversity. By the end of its hour and thirty-two minute run time, you’ll have nothing but respect for the workers (both human and Apoidea). This is definitely a unique take on pollination and how some of our staple crops are grown and harvested. 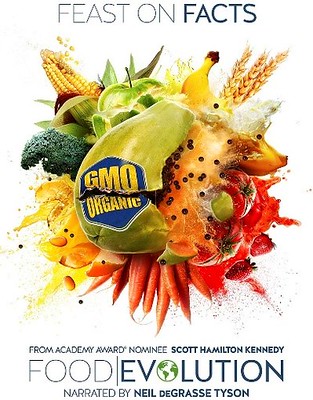 Narrated by Neil deGrasse Tyson, Food Evolution shows the often heated debate over genetically modified organisms (GMOs) and how it affects our food,or at least our perception of it. Science has been used and misused in the issues surrounding GMO foods for decades now. This documentary shows how scientific analysis and literature have been utilized to try and offset campaigns of misinformation on the alleged health risks for using GMO products. It displays both arguments, and science, with respect. But who is correct when people on both sides of the aisle are saying that the science is on their side? Watch and find out. 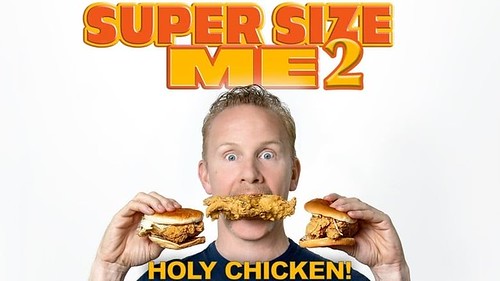 Fifteen years after the groundbreaking original, Martin Spurlock returns to the world of fast food. Be prepared to be enthralled and horrified at many aspects of the lack of control chicken farmers have over their employers. That’s one of many hidden ingredients to your McChicken meal. It should come as no surprise that many fast food products that are labeled as “healthy” are, in fact, not. With predatory industrial giants, fried chicken versus grilled chicken, and the guise of market research, sit down, relax and have a very healthy salad as you watch this. 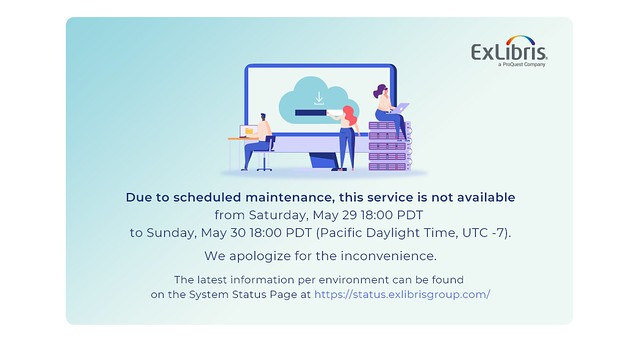 Please note that the A-Z list of e-journals and e-books may be unavailable from Saturday, May 29 at 6pm to Sunday, May 30 at 6pm. During that time, links found in First Search and other environments may also be disrupted. We apologize for any inconvenience.

On first glance, none of these books appear to have much in common. At all. However, I noticed a theme of sorts. They all deal with our senses and intuitions. Ok, so our heart and/or soul isn’t a sense per say, but there’s still a feeling you get from it. Each of these books varies in theme, but there’s smell, sight (through dry observation), and heart. Think of these three books as those See no evil, Hear no evil, Speak no Evil monkeys but altered. So monkey number one has their hands pointed towards their nose, number twos hands are away from their eyes, and three has their hands over their hearts. I name them the three monkeys of proverbial emotions. Or for a band name, the Olfactory Cortex Heart Club Band. 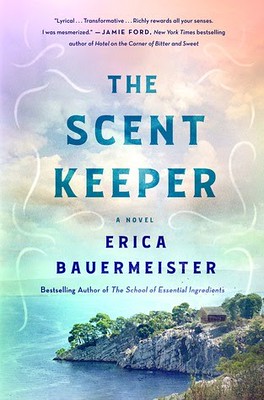 The Scent Keeper By Erica Bauermeister (2020)

Memory and family relationships are masterfully explored in The Scent Keeper. The novel follows Emmeline, a person who can read the history and journey of an item simply by its scent. Her father teaches her about the natural world using her senses as she grows up on a remote island off British Columbia. She discovers mysterious scents closed in little bottles that line the walls of her home. There comes a time where she must leave the island, and with it comes growing up, friendship, love, grief, and family. The Scent Keeper goes great with a reading nook and a cup of peppermint tea. Do you remember the first time you smelled peppermint tea? 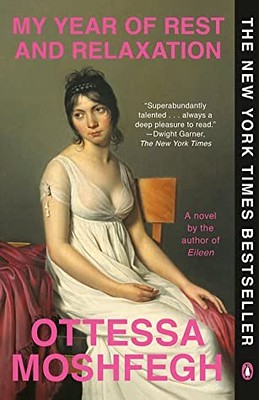 My Year of Rest and Relaxation By Ottessa Moshfegh (2019)

A young, talented, and beautiful Columbia graduate has endless possibilities. She’s got an easy job and has lots of inheritance. She should be having the time of her life. But something doesn’t feel quite right. Could it be personal loss, an unhealthy relationship, or perhaps another issue? Ottessa Moshfegh’s second novel is, if anything, bold. It doesn’t shy away from any of life’s unpleasantries. You’ll find out that Moshfegh certainly has a way with words in this darkly humorous story of a woman who is trying to sleep for an entire year with prescription medications. The wry observational wit will cause you to chuckle, even when you know that you shouldn’t. 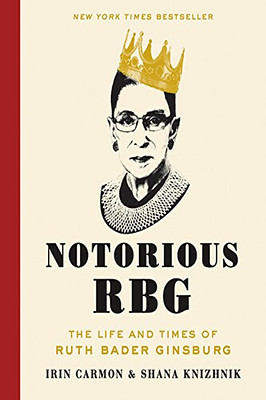 Notorious RBG: The Life and Times of Ruth Bader Ginsburg By Irin Carmon and Shana Knizhnik (2015)

Lawyer. Jurist. Associate Justice of the Supreme Court of the United States. Feminist Icon. There are many roles one thinks of when RBG is mentioned. Her mark on history is undeniable, and her support for gender equality and human rights inspires people across generations. It’s well known that she was a role model for millions of people across the globe and that she possessed noble convictions. Notorious RBG gives you a look into her life’s work, her struggles, and victories. 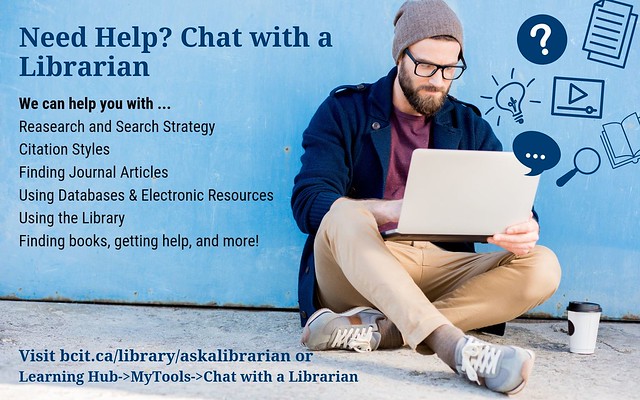 BCIT Librarians will be Online

AskAway will be closed on the following Stat Holidays

Our Students Can Get Help Online with:

AskAway is especially useful to our remote, off-campus students and is available late evenings and on weekends.

Kanopy is a multiplatform streaming service that has partnered with public libraries, universities, and post-secondary schools to deliver independent films, educational content, classic movies, quality documentaries, and other enriching programs to your screen. You can view fantastic and captivating material any time you’d like. Kanopy promotes exciting, well crafted, and relevant documentaries on contemporary and pressing issues of all calibre. Here three new titles I’ve chosen because I believe that they should be viewed immediately. 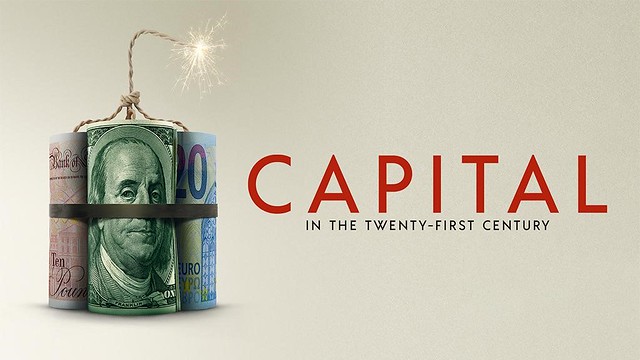 Capital in the Twenty-First Century | Kanopy

Thomas Piketty is the closest thing to an academic rock star that an economist could ever hope to be. Based off of his monumental and world renowned book, Capital in the Twenty-First Century translates perfectly to the screen for this informative documentary. The true scale of global wealth inequality is staggering and hard to comprehend. This documentary is a journey from the French Revolution to modern times, following the ebb and flow of wealth and power. Terms like corporate welfare, inherited wealth, estate tax, and income gaps have never been so in vogue, especially when you learn about the absurdities of wealth distribution among the most fiscally powerful nations. 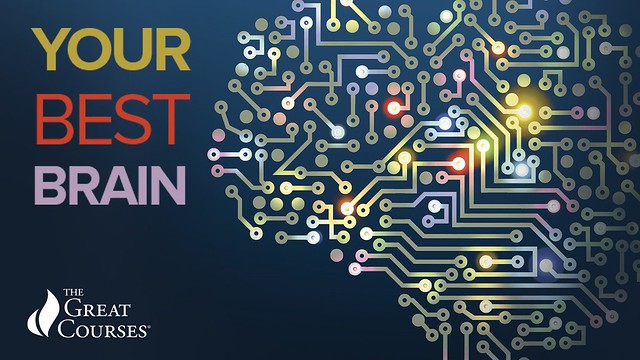 Although short in time, these under 30 minute Great Courses documentaries are rich in content and incredibly applicable to our current political climate. Learn how confirmation bias works, how we are all affected by it, and what the real world consequences of this are. Sure, we like to think that we’re rational beings, acting with the best information at hand. But the stark reality is, no matter how good you think you are at fact-checking and disseminating information, you still possess biases that affect how you consume it. We all fall victim to this, and it’s not our fault. It’s a mixture of the wiring of our brain and the design of and role technology plays in this. Our smartphones, social media sites, and the algorithms they use continue to divert our attention, promote our most base and reactionary instincts, and drive wedges into our splintering societies. In these documentaries, prepare to be disturbed by fake news and how true and false information can be molded to create confusion. See how these deliberately manufactured falsehoods are designed to incite an emotional response so our critical appraisals are compromised. Be alarmed that this is a major threat to democracy, as misinformation is hard to correct once it spreads. 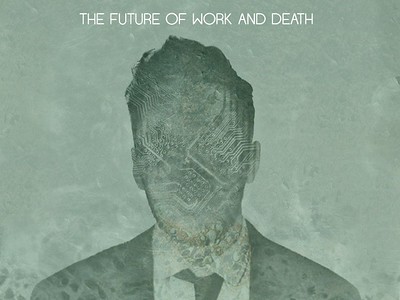 The Future of Work and Death: The Impact of Technological Advances on Human Life

The Future of Work and Death is a deeply philosophical documentary, which covers the nature of what work exactly is to us and where it’s headed. It also discusses the future of death, and if there will even be death in the sense that we currently think of it. The scale of technological revolution and its effect on automation in technology is exponential and this means in the near future the division of labour will be predominately automated in many industries. The nature of work is changing faster than we can understand. What will come after complete automation of most jobs and what is our potential?

The second half of The Future of Work and Death is just as interesting. Will we eventually overcome our biological limitations and be blessed with superintelligence and extreme longevity? Will this change what is fundamentally important about being human? There could be a point in the near future when we are composed of mostly inorganic material, and possibly live on after our organic bodies die, with our consciousness’s uploaded onto a cloud storage system. The implications, both legal and moral, of near immortality in one form or another, have vast repercussions for who we are as a species and a society. 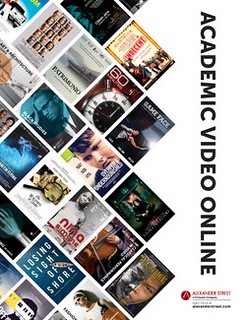 Academic Video Online offers a wide-ranging collection of streaming films and documentaries. With nearly 70,000 titles in diverse topics, students and faculty are sure to find content to support their area of focus. The platform works like other familiar streaming services, but with added features like a built-in citation generator, and the ability to search transcripts for precise quotes. 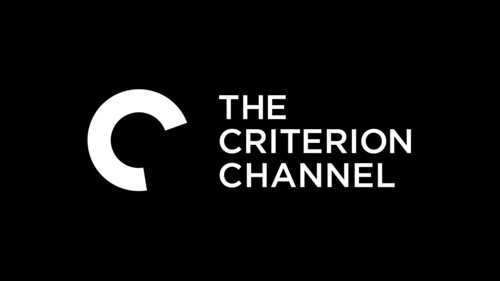 Criterion-on-demand is now available through the BCIT Library. Browse their catalogue of thousands of films and documentaries, including their National Geographic collection. Stream contemporary or classic films to support your class work, or just enjoy!