In 1984, during BCIT’s 20th Anniversary year, a concrete cairn was created in Campus Square to hold a Plexiglas box made by the 2nd year Civil & Structural students and their instructions. And in this box BCIT students and staff placed items that they felt represented BCIT in 1984. 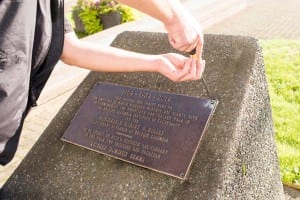 The plaque being removed to reveal the cavity beneath. The plaque reads: 1964-1984-2014 This capsule was placed here on the first day of March nineteen hundred and eighty five to commemorate the twentieth anniversary year of the British Columbia Institute of Technology by the Honorable Robert G. Rogers Lieutenant Governor of British Columbia. To be opened on BCIT’s fiftieth anniversary in the year two thousand and fourteen. Quisque Dominus Summi. Photographer, Scott McAlpine. 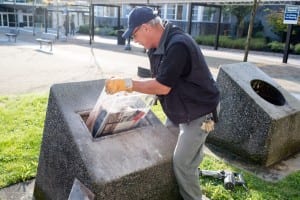 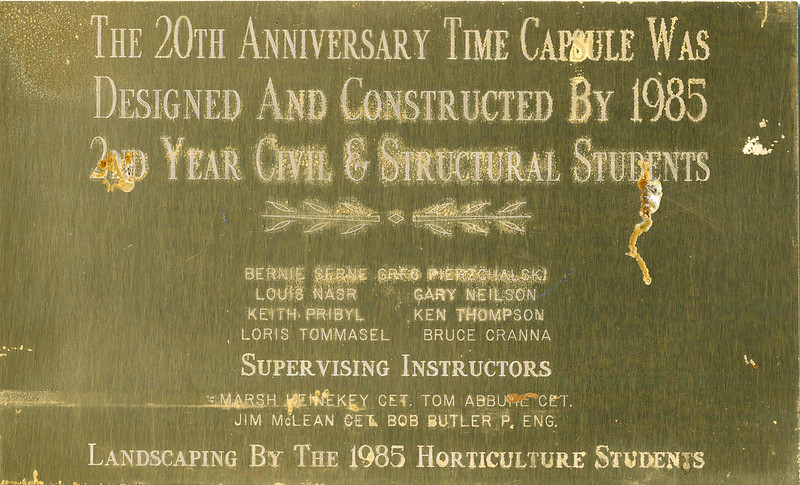 On October 5, 2014 BCIT turned 50 years old. There are many ways that BCIT’s anniversary is being celebrated this semester and the next. Check out the BCIT 50 website for all of the fun events! Following the intentions of the creators the time capsule was opened as part of BCIT’s 50th Anniversary Celebrations. 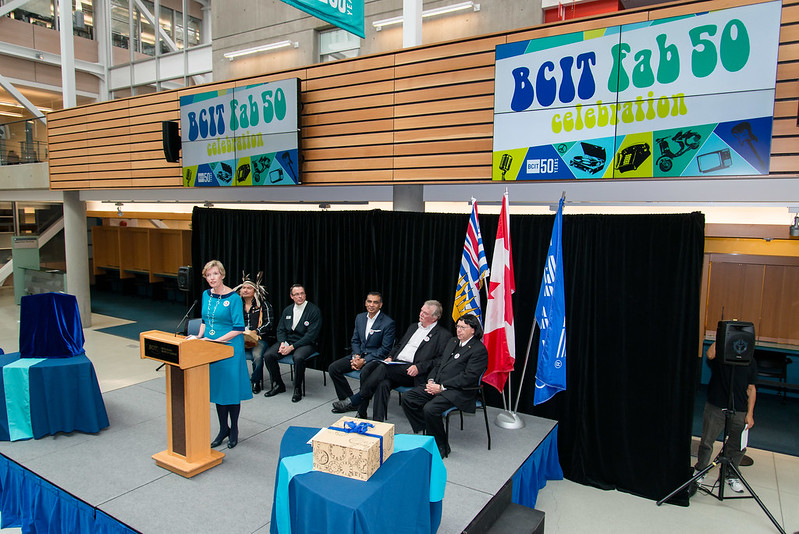 The contents of the box have been passed to the custody of the BCIT Archives where they will be preserved and made available for future generations. The Archivist would like to share a few of her favourite items with you.

This brochure shows off some fabulous 1980s fashion. On the back is listed the specialties of graduates from BCIT’s Engineering Technology, Health Sciences and Management degrees. BCIT Archives item number: F1-S2-SS25-2014-12.016. 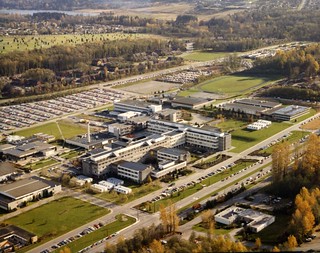 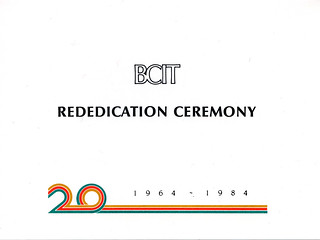 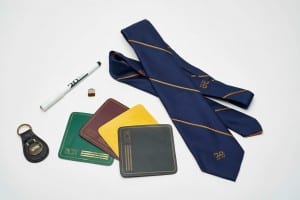 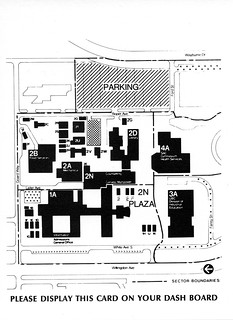 This is the map included with the invitation to the rededication of BCIT in 1984. This map would be of little use for getting around campus today! BCIT Archives item number: F1-S2-SS25-2014-12.019.

Over the thirty years that the items were outside on campus in their specially designed box they suffered very little considering the changes in temperature they experienced and the unavoidable moisture courtesy of the west coast rain. Paper items showed some warping and all metal items removed from the time capsule were damaged by rust. The one item that was placed in the concrete cairn beside the Plexiglas box, rather than in it, was quite badly damaged by mould. Once I have cleaned it stay tuned for a conservation blog post and the big reveal of this unofficial addition to the time capsule. 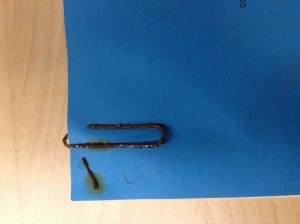 Photo of typical rust damage found on all time capsule items with staples or paperclips. This is the cover of the collective agreement between BCIT and the BCIT Staff Society from 1983. Photographer, Cindy McLellan.

A classic time capsule item is a local newspaper. The creators of the 1984 time capsule included the Year in Review Section of the Vancouver Sun from December 31st 1984. Some quick facts from that section:

Anniversaries are a time to look back as well as into the future. BCIT is planning to bury a time capsule in the spring of 2015 as part of the 50th Anniversary celebrations. What sort of content or specific items would you like to see included? It is the items with a personal touch that I enjoy in a time capsule. The personal touch that stuck out for me among the contents of the capsule was a quick handwritten note from a BCIT staff member. 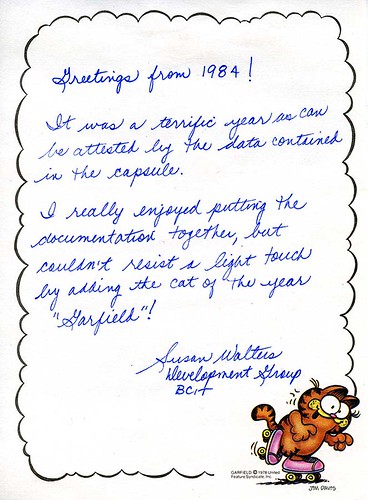 Being as how I am also a Librarian I could not resist highlighting one final item. Looking through the publications in the time capsule I found this little gem! In 1984 BCIT was ahead of other academic institutions, a quote from the below article: “BCIT will be the first library in British Columbia, if not Canada, to have an entire catalogue on-line available to students and faculty.” 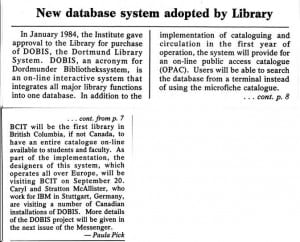 This system was very advanced for 1984 and granted students and faculty freedom from the microfiche catalogue! Do you know how to use a microfiche reader? The Archivist wants to know! 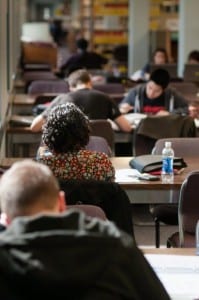 For the first time ever BCIT’s Burnaby Campus Library has surpassed the 100,000 milestone for number of visits to the Library in a single month!