Found Love in a Hopeless Place

When I was younger, my scope of romance novels was limited to Danielle Steel and Fabio. (I’ll just take a quick pause here to give younger readers some time to Google them). Today, there are endless subgenres and varieties of romance literature. According to Fortune[1], romantic fiction topped over 47 million in sales in 2020 alone, up 24% from the previous year. It is the second most popular fiction genre, amounting to 18% of overall adult fiction unit sales. What is it about romantic fiction that makes it so popular?

The basic elements of romance fiction include a central love story (obviously) as well as an emotionally satisfying ending, otherwise known as a ‘happy’ ending. The rise in popularity for this genre has brought about new subgenres and writing styles. From different age groups, heat levels, tropes, various tones and styles. They also do not have any boundaries of when and where in human history romantic stories may take place, giving readers more opportunities to find their ‘Happily-Ever-After’. Even niche subgenres will have a voracious fan base! There really is something for everyone.

In the cinematic universe, Rom-Coms (aka romantic comedy) more or less utilizes the same formula. Many feature two protagonists, who for whatever reason can’t seem to get along despite having an obvious attraction to each other. After a series of obnoxious run-ins paired with comical squabbles, they find themselves in a disastrous predicament that inevitably brings them together. At the end of the two hours, the star-crossed lovers have come to realize what the audience has known all along: that they have been infatuated with each other all along. Predictable? Yes. Satisfying? Also, yes.

Below are some stories of finding love where you least expect it and also my preferred romantic fiction trope of the moment: getting a second chance at love. 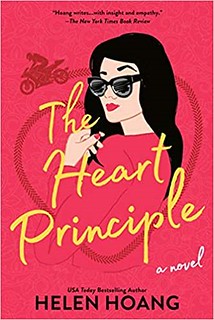 The Heart Principle (The Kiss Quotient #3) by Helen Hoang

When violinist Anna Sun goes viral on YouTube, she finds herself chasing the high and replicating the moment.  She burns herself out in the process, affecting her relationships. Her longtime boyfriend suggests they try an open relationship and Anna has full intent to take advantage of this. After a string of one-night stands she meets a tattooed, motorcycle-riding Quan who has her doubting her expectations.

Lucy thought she had won the love lottery.  She met a guy that was the same age, same background and the same aspirations.  Two decades later, she is miserable and nearly divorced. With two-school aged sons, what Lucy desperately needs is a babysitter and barely has anytime to herself let alone go on dates.  Enter Joseph. Twenty-two, living at home with his mother and juggling several part-time jobs. He is of a different class, different culture and an entirely different generation. But sometimes life can lead you down different paths to find happiness where you least expect it.

Eva Mercy is a single-mom and bestselling erotica fantasy writer who is stuck in a writing rut.  Shane Hall is a reclusive, award-winning literary author that people tent do avoid. When these two authors meet unexpectedly at a literary event, sparks fly and raising the eyebrows of New York’s Black literati. Little do they know, these two were entangled in fiery love affair twenty years prior, but haven’t seen each other since. Anyone with eyes can see that they have chemistry, never mind the fact that they have been secretly writing to each other in their books ever since.  Can they pick up where they left off, or has too much time passed? 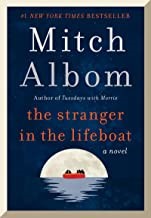 The Stranger in the Lifeboat by Mitch Albom

Our story starts after a deadly explosion where nine people on a raft struggle to survive at sea. After three days stranded at sea and their resources depleted, they spot a man floating in the waves and reel him in. “Thank the Lord we found you,” they say. “I am the Lord,” the man whispers. In The Stranger in the Lifeboat, Mitch Albom contemplates what would happened if we called on God for help and what He might look and sound like?