Personally, I find that science fiction (Sci-Fi), is one of the most creative genres in literature. Readers are taken on fascinating adventures to faraway galaxies, parallel worlds and every which way in between. From a young age, I have always enjoyed the use of elements not typically found in the real world which allows the imagination to run wild with endless possibilities of futuristic concepts such as time travel, aliens, or even time-travelling aliens! My earliest introduction to science fiction were A Wrinkle in Time by Madeleine L’Engle and Ender’s Game by Orson Scott Card and I have enjoyed reading this genre ever since.

Though rooted in scientific facts and/or theories, sci-fi can also get a little too hairy. Think back to the first airing of H.G. Well’s The War of the Worlds. When the radio drama starring Orson Welles first aired, it caused major public panic among those who were not aware that the alien invasion was fictional. (Mind you, the novel had been out for 40 years at that point so whatever hysteria was observed, that’s on them). Welles assumed that the story would be too silly and improbable to ever be taken seriously.  Guess he underestimated the power of imagination.

Regardless of the setting and characters, sci-fi stories can be complex, explore larger themes or even an interpretation-sometimes satirically- about our society beneath the surface. Although examples of sci-fi can be found as far back as the Middle Ages, it didn’t garner much popularity until the late 1800s. As science and technology progressed over the years, so has the genre itself.

One does not have to be a Trekkie to be interested in the genre; many sub-genres have emerged making it more accessible. Readers of all ages enjoy stories that provide a portal into another universe or dimension. It can also be used as a tool to warn us humans of what our possible future could look like where utopian novels can teach us what we should be doing, while dystopian novels show us what to avoid. Whatever the case may be, the main reason you should read anything is because you enjoy it!

Here are some of the latest Science Fiction titles that have recently been added to our collection. 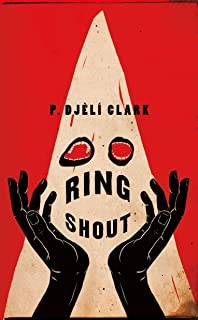 Set in 1920’s Georgia, the film, The Birth of a Nation, has just been released and has caused a rift between worlds as well as spreading hate and fear among the vulnerable. Ring Shout follows 3 badass trio Maryse Boudreaux, Sadie Watkins and Cordelia Lawrence on their quest to hunt and destroy demons summoned by the Ku Klux Klan or “Ku Kluxes”.  A well-paced fantasy mixed with historical facts, Ring Shout provides the reader with thrills, chills, macabre humor and engaging heroines to root for. 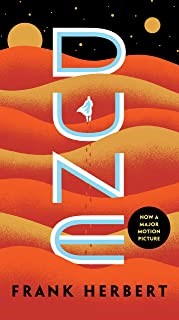 Paul Atreides was born a brilliant and gifted young man and heir to a noble family. He is tasked with travelling to the most dangerous planet to ensure the continuation of his family and people.  As conflict grows over the planet’s exclusive supply of the most precious and coveted resource, only those who can conquer their own fear will survive. 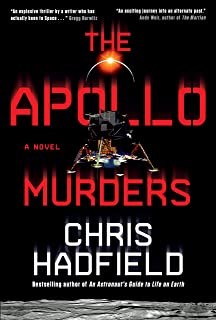 The Apollo Murders by Chris Hadfield

From beloved Canadian astronaut and author, Chris Hadfield, is his first thriller titled, The Apollo Murders. Our story starts in 1973 with a top-secret mission to the Moon.  Three astronauts find themselves a quarter of a million miles away from home in a Space Race against the Russians.  Old rivalries are ignited and political stakes are stretched and not everyone aboard is who they appear to be.  Readers will be taken for a ride with the fascinating technical details and claustrophobic twists making them feel like they too are in the cockpit.  Who better to detail these experiences than from a former Commander of the International Space Station who has lived through them? 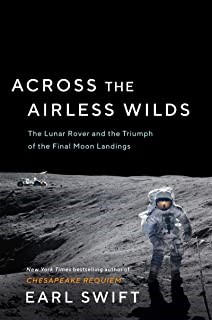 Across the Airless Wilds: The Lunar Rover and the Triumph of the Final Moon Landings by Earl Swift

Earl Swift places the reader in the captain’s chair in this fast-paced historical recollection of the Lunar Rover’s explorations and the final Apollo moon landings that occurred in 1971-1972. Across the Airless Wilds details the evolution of the Lunar Rover highlighting the final three missions where its range has vastly increased thus providing astronauts with better communication and expanding their range of lunar exploration. Swift provides a highly detailed and technical explanation of the engineering side of it but is still very accessible and very well-told. 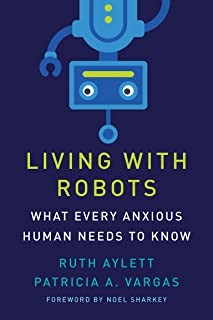 Living with Robots: What Every Anxious Human Needs to Know by Ruth Aylett

Many blockbuster movies depict robots/A.I. in futuristic, utopian (or even dystopian) settings leaving people apprehensive about incorporating them into our daily lives. Ruth Aylett and Patricia Vargas, two robotic experts, hope to ease some of the apprehensiveness by revealing the truth about what robots can and cannot do, how they work as well as robots that raise ethical and social issues.  Other questions/issues addressed include: “Why robots can swim and fly but find it difficult to walk?”, “Why we develop feelings for robots” and “Which human abilities are hard for robots to emulate?”.