Did you know that Indigenous women and girls are five time more likely to experience violence than any other population in Canada? Or that they make up 11% of all missing cases and 16% of all female homicides even though Indigenous people make up 4.3% of the Canadian population (Native Women’s Association of Canada, 2021)? Or that over 150, 000 Indigenous children were taken away from their families only to be left with an estimate of 80,000 survivors (Reconciliation Canada, 2021)?

For decades, Indigenous women and girls have been forgotten or seen as lesser than due to the public’s perception of them as shaped by colonial stereotypes.  The rates of violence, exploitation, mistreatment, and crimes committed against them have become an urgent issue in Canada. Yet after many tragic losses, It is only as recent as 2016 the National Inquiry into Missing and Murdered Indigenous Women and Girls was launched as a federal government initiative as their response to the Truth and Reconciliation Commission’s Call to Action #41. This would include the investigation into missing and murdered Aboriginal women and girls and residential schools.

There is much to be done to right the many years of wrongdoing.  We can hope to focus on the prevention of future tragedies, improve awareness and continue to lift up Indigenous voices.  Below are some reads with Indigenous voices that can be found at BCIT Library. 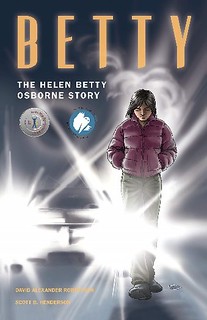 Betty: The Helen Betty Osborne Story  by David A. Richardson , 2015.

Helen Betty Osborne, Betty to her friends and family, dreamed of becoming a teacher. In 1971, Betty left home to attend residential school and high school in The Pas, Manitoba. Later that year, Betty was abducted, sexually assaulted and brutally murdered by four drunken frat boy types. She was only 19. It took over 15 years for anyone to be convicted for their part in her murder. Betty: The Helen Betty Osborne Story is a beautifully illustrated graphic novel that hopes to raise awareness to the injustice and the disparities experienced by the Cree and Indigenous communities. 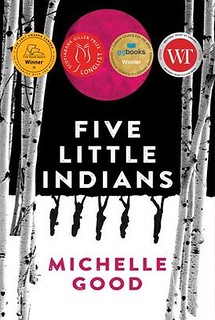 Michelle Good’s award-winning Five Little Indians is the story of Kenny, Lucy, Clara, Howie and Maisie as they are taken from their families and sent to a small, remote, church-run residential school.  Barely out of childhood, they are released after years of being detained, without any skills or familial support and into the Downtown Eastside of Vancouver. We follow these five survivors over time, as they struggle to overcome their own individual traumas from the suffering they endured during their years at the Mission. 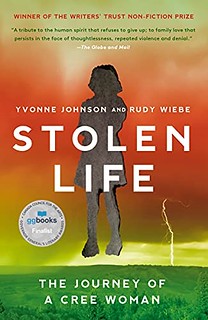 Warning: this autobiography is not for the weak-hearted.  This is a story about terrible injustices, murder and a courtroom drama and the true life events of Yvonne Johnson, a Native woman who has decided to speak out.  We start with Yvonne’s early life growing up in Butte, Montana.  We later learn of the story of her brother’s murder while in police custody, the sexual abuse she endured from multiple family members, and then her escape to Canada.  Stolen Life: The Journey of a Cree Woman grants the reader access to Yvonne’s turbulent childhood and the spiritual guidance she receives as she heals from her traumas.