Advertising is a powerful tool.  It can create awareness, share information, and even more importantly, influence and persuade us in ways we don’t even notice.  There are commercials that aired during my childhood that I can still recite to this day (Dial 588-2300….EMPIRE!!) Despite never having to use their carpet cleaning services, it was the first phone number I had memorized and can easily spout it if anyone should ask.

Marketing is another skill that requires strategic planning.  It encompasses all of the processes required to boost public awareness of products, services and even people.  The marketing department or large organizations have been compared to the centre of a wagon wheel with each spoke connecting to other departments, both in- and out-side the company, working in harmony.

Public Relations is managing (not manipulating!) the public’s perceptions.  Not only is it a way to build brand recognition, but trust as well. One of the critical things to understand about PR is that it is earned media: as in it is something that other people say about your product. An organization only has so much control of how they are perceived by the public, so building positive PR at an ongoing basis will likely lead to success and a positive reputation in the industry.

Below are feature films available through our library’s eResources that give a glimpse into the competitive world of marketing industry.  Enjoy more films compliments of BCIT Library at: Academic Video Online, Criterion on Demand, and Kanopy. 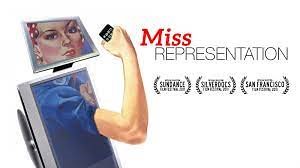 Miss Representation takes us behind the curtain and exposes how mainstream media reinforces and contributes to the under-representation of women in positions of power and influence in America.  Women and girls are often portrayed either as the weaker sex or crazy and not much in-between, making it difficult to achieve leadership positions and having a sense of empowerment.  Women are usually described with terms pertaining to their appearance and not in their capacity as a leader.  Although there are more women in power than ever, they count for 3% of clout positions in mainstream media.

In this film, we take a fresh look at how advertising uses distorted and destructive standards of femininity.  From print and television advertisements, various images are often used to reinforce unrealistic, and unhealthy perceptions of beauty and sexuality.  Killing Us Softly 4 challenges a new generation of students to take a critical look into popular culture and how it affects sexism, eating disorders and gender violence. 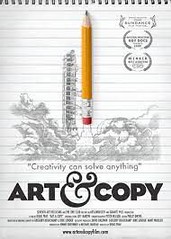 Art & Copy introduces the creative thinkers behind the original advertising during the industry’s golden age by creating catchy slogans we can still remember to this day.  Although we have never heard of them, they have changed the way we eat, work and shop without us even noticing it. Explore the most successful and influential advertising campaigns of the 20th century and the creative geniuses behind them. 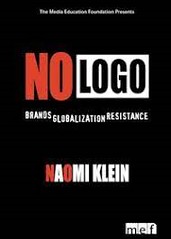 Based on the best-selling book by Canadian journalist and activist Naomi Klein.  This film analyzes how big brands such as Nike, The Gap and Tommy Hilfiger became globally recognized symbols whose corporations make their profits not from making the products, but in creating branded identities.  No Logo shows how globalization has led to the commercial takeover of public spaces, the destruction of consumer choice and replaced real jobs with temporary work.