A Change Has Got to Come

In the last few years, we have seen an uptick of social justice and climate change warriors.  We have witnessed school aged children walk out and strike with Greta Thunberg, pressuring their local politicians for a change.  The Black Lives Matter movement wanting justice and equality for the Black community. We have also witnessed an agricultural crisis in India as farmers unions and leaders fight for unfair laws that do not protect them from private companies seeking to pay them less. At first glance, these protests may not seem to have much in common, but if we get to the crux of them, we can see that they are intrinsically intertwined.

Let’s take a look and one example. Changes in weather impacts water resources which in turn affects the food supply, health, and transportation to name a few.  The inability to access these basic human needs mostly affect vulnerable communities. These communities happen to be primarily made up of people of colour. It’s almost like a domino effect watching as one issue trickles down and branches off affecting many groups and denying them of simple resources that one needs to survive.

Whether or not you follow these causes closely, it’s fair to say that a lot of global citizens are hoping for a change.  The pandemic has opened our eyes to several inequalities resulting in many activists seeking reform from their governments either on the front lines, writing letters to their elected officials or just spreading the word on social media.  We can look to our past and learn from our mistakes or be doomed to repeat them again.  Mahatma Gandhi quotes, “If we could change ourselves, the tendencies in the world would also change. As a man changes his own nature, so does the attitude of the world change toward him.”

Don’t know where to start?  Your nearest library is a great place for helpful resources.  Here are a few to get you started: 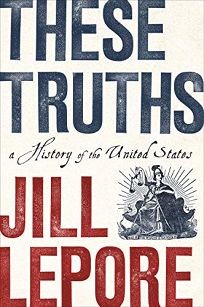 These Truths: A History of the United States by Jill Lepore, 2018.

In this readable history of the United States, American historian Jill Lepore encompasses most everything from Columbus to Trump. The author narrates major events such as The Revolution, Civil War, both World Wars, the Vietnam War, 9/11, etc.  She also highlights the importance of slavery and women in the roles they played to help shape the nation yet are absent in founding documentation. Lepore’s progressive viewpoint also brings a refreshing take on studying the mistakes of our past to “unlock the prison of the present” while noting the ever continuing debates about guns, abortion and race. Although the author only provides the reader with quick glimpses into the past, Lepore ensures to discuss the ironies and contradictions such as the fact that America was founded on the promise of liberty and independence while practicing slavery and taking over Native American lands. 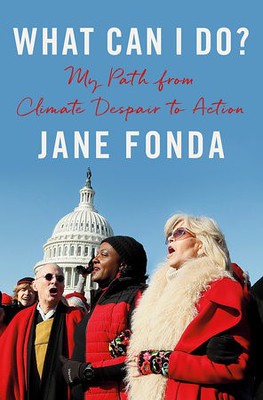 What Can I Do?  My Path from Climate Despair to Action by Jane Fonda, 2020

“This is the last possible moment in history when changing course can mean saving lives and species on an unimaginable scale.  It’s too late for moderation.” – Jane Fonda

In the fall of 2019, a frustrated Jane Fonda moved to Washington, D.C. to lead thousands of people in weekly climate change protests on Capitol Hill.  In What Can I Do? My Path from Climate Despair to Action, Fonda recounts her personal journey as an activist, shares her conversations with leading climate scientists and inspiring community organizers. Readers will also be presented with data pertaining to other environmental issues such as water, migration and human rights. This book equips the reader with the tools needed to join Fonda in protest with hopes of combating the climate crisis. 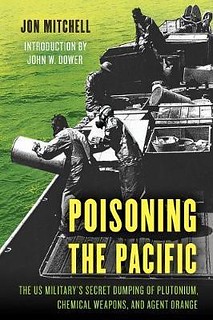 Poisoning the Pacific:  The US Military’s Secret Dumping of Plutonium, Chemical Weapons, and Agent Orange by Jon Mitchell, 2020.

Unbeknownst to most, the US Military has been contaminating the Pacific with many toxic substances.  From WW2 to the present, plutonium, dioxin and VX nerve agent, are some of the toxins that have been dumped into the Pacific region causing harmful effects to hundreds of thousands service members, families, residents and of course, the marine population.  Poisoning the Pacific…. reveals the degree of the pollution and mishandling the US Military has caused and the extent to which the Pentagon has gone to conceal it.  Poisoning the Pacific… is a must-read for anyone that is concerned about the impact of US wars, weapon testing, training and daily military training has on the climate and environment.