I’ve been enamoured by magical realism since first reading One Hundred Years of Solitude on the banks of the Bow River in Alberta. The genre tells a tale in a manner that you’d hear 5 years ago, 50 years ago, or 5000 years ago, sitting around a fire in a dark wood. The fantastical elements are timeless and may be as ancient as the tradition of storytelling itself. Primordial romanticism is the emotion you experience when you’re deeply immersed in a work of magical realism. There’s a sense of wanderlust, of a semi-mythical journey of physical or emotional distance, and a sense of deep rooted familiarity, like we’ve got the stories embedded in our DNA. They’ve been told a thousand times before, but at the same time, they’re completely new and one of a kind. 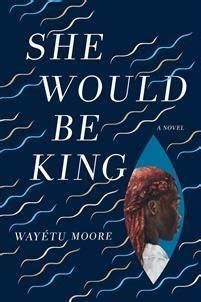 In She Would Be King, experience the formative years of Liberia through the eyes of interesting characters, who happen to discover that they’ve also awoken exceedingly unique powers. Think of them as proto-feminist superheroes, existing in a nation built by former enslaved people from the United States and the Caribbean. Each of the three main characters represent a person from a corner of the transatlantic slave trade. Riveting action and allegory combine in what one could call an elevated intersectional-historical-magical realism masterpiece. Bringing colonial history to life without shying away from its brutalities, Moore manages to captivate you with the strength of her characters. 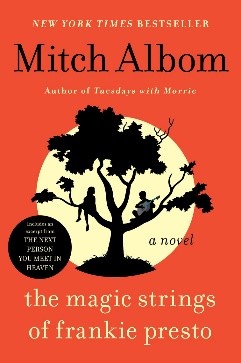 The Magic Strings of Frankie Presto By Mitch Albom (2016)

Six magical blue strings and one guitarist can make a whole lot of change. Frankie is born under a bad sign, escaping Spanish bombs(Oo-ooh child, things are gonna get easier), but he’s the cream of his generation and he’s no pressed rat and warthog about it. One might call him a rambler, or a gambler, a long way from home, or one of the children of the revolution. He makes records, and he might not be playing your song but he changes (turn and face the strange) people’s lives. He carries that weight well, and you’ll enjoy following him on his long and winding road through the Twentieth Century. By the time he gets to Woodstock, he’s been working 9 to 5 as a musician. Whether he’s sittin’ on the dock of the bay or cutting green onions, you’re bound for a magical mystery tour. The way he travels (whether on country roads or Misty Mountain hopping) reminds me of Joni Mitchell’s Coyote, “A prisoner of the white lines on the freeway.” Albom’s love of music resonates through each page, and the writing’s as vivid as a Waterloo Sunset. Frankie’s not one to relax, that’s for sure.

I’ll give you a dollar if you can name all of the musical references above. 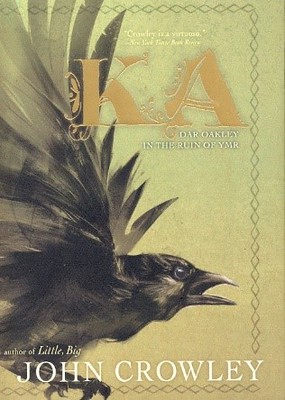 Meet Dar Oakley, the first crow with a name. Dar’s been around for thousands of years, and has travelled the globe, from Ireland to the land of the dead. He’s acquired knowledge that may be of paramount importance to humanity, and thankfully he’s met a human who’s happened to learn crow (which, in a humourous twist, is said to have regional dialects – check out 12 Fascinating Facts About Crows | Mental Floss). Vivid and graceful writing will entice you to keep reading this book about the finite nature of mortality and the immortality of stories. The concepts are heavy but the writing is the word version of strolling through an orchard lined with tropical plants and colourful wildflowers.