Stats Canada states that more than 11 million Canadians have been physically or sexually assaulted since the age of 15. Women are victimized at a higher rate (37 incidents per 1000 women) but unfortunately, only about 5% of sexual assaults are reported to police[1].  Family violence account for 25% of all violent crimes with 70% of family violence victims being women or girls.[2] Sadly, only 30% of affected women report to the police. For decades, Indigenous women and girls have gone missing or later found murdered. So why is there high evidence of incidences yet low reporting rates?

Some victims may feel like their voices may not be heard or feel powerless to the support systems that are intended to help them.  They may feel ashamed, embarrassed or afraid that they may get someone in trouble. Others may not have access to services or don’t know how to reach out. However, there are a small few who have found a way to share their pain, trauma and their suffering.  The titles displayed below are stories shared from survivors and from those who helped amplify their voices. 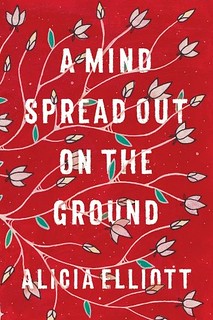 A Mind Spread Out on the Ground by Alicia Elliott, 2019.

Alicia Elliott provides a personal glimpse into the treatment of Native people in North America. The intimate detailing of intergenerational trauma stemming from colonialism, sexual assault, poverty, mental health and gentrification of Indigenous communities. Interweaving the past and the present as well as the personal and the political, Elliott uses her personal experiences and others to display how systemic oppression has and is still affecting Native communities. In A Mind Spread Out on the Ground, Alicia Elliott hopes readers will think more critically about how they got to where they are and that people aren’t always the result of their own actions 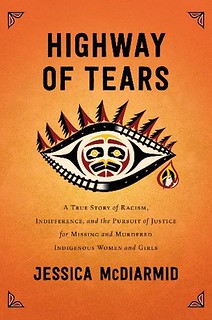 Highway of Tears: A True Story of Racism, Indifference and the Pursuit of Justice for Missing Women and Murdered Indigenous Women and Girls by Jessica McDiarmid, 2019.

Highway 16 is an isolated segment of highway that runs along northwestern British Columbia, also known as the “Highway of Tears”.  It is so named as hundreds of Indigenous women and girls in this area have gone missing or later found murdered for many, many decades.  Journalist, Jessica McDiarmid, interviews the devastated families and communities of these victims and investigates how this could happen in an area that is over-policed yet under-protected.  McDiarmid shares this powerful story about the continuing failure to provide justice for the victims and serves as a tribute to their families and communities’ unrelenting determination to find it. 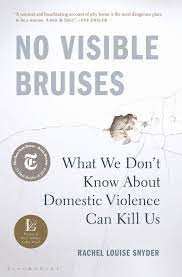 No Visible Bruises:  What We Don’t Know About Domestic Violence Can Kill Us by Rachel Louise Snyder, 2019.

Did you know that more than 50 women in America die every month from domestic abuse? If this tragedy is so prevalent, why isn’t it being treated like a national emergency? In No Visible Bruises: What We Don’t Know about Domestic Violence Can Kill Us, journalist Rachel Louise Snyder, educates the reader on the true scope of domestic violence and how it goes beyond bruises and broken bones.  Snyder claims the indifference toward domestic violence trickles down from top levels of society where victims are made to feel ashamed and that they should simply leave their home if they are abused. Through stories of victims, perpetrators, law enforcements and reform movements, the author explores the outdated idea of what goes on behind closed doors is no one’s business is and that society’s ignorance has allowed these dangerous patterns to carry on unchecked.