Stories about crime are fascinating. People are repulsed and enthralled by the crime itself, the criminals, and the motives. We always want to know why, what reasoning could possibly justify what they did? Sometimes it’s a cautionary tale, other times the crime is senseless, and sometimes it’s a situational response. Depending on the nature of the crime, some criminals exist as almost a figure of sympathy that appeals to a particular audience. I mean, if I had to choose I’d pick Ned Kelly or abolitionist John Brown (a criminal in the Antebellum South) over Jordan Belfort, but I’m not a finance-bro. In a way, the criminal represents a collective malice that lurks in the subconscious layers of our ape brains. We’ve trailed off from my point. Different criminals elicit different responses, and in every book here aside from My Sister, The Serial Killer, the criminals have nothing to offer but disgust. These books focus on crime and criminals, and each is very different from the others. 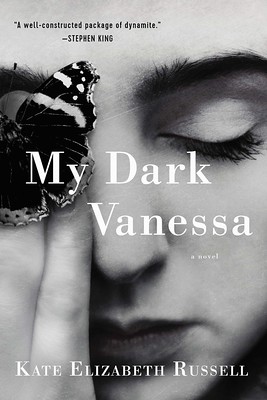 This was not an easy book to read. It’s great, and it’s a well written book. But it’s even darker than the title implies. The story centers on a young and brilliant scholarship winning student from her teenage years through to adulthood. Unfortunately you’ll find out that many of those years are stolen from her as she suffers from the repercussions of a predatory relationship that she has with a teacher. The obfuscation of guilt that the predator projects onto Vanessa adds a layer of bitterness throughout the book, and it’s like witnessing an accident in slow motion, bit by bit. You keep hoping someone’s going to hit the brakes but it doesn’t happen. 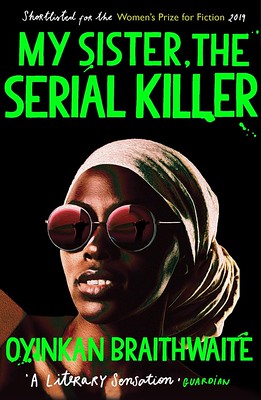 My Sister, The Serial Killer by Oyinkan Braithwaite

And on to a lighter read. The humour in Oyinkan Braithwaite’s sardonic novel is on the darker side of course, but tongue in cheek and even with serial murders it’s a happier experience than My Dark Vanessa (Again, a well written and objectively good book {Technically, my opinions subjective, since all opinions are, but I think that I’ve read enough books to know what constitutes as a “good” book}, but a tough one). Korede and Ayoolah are sisters that have what one may call a semi-dysfunctional relationship. At least they understand one another. You may find yourself smirking at inappropriate times while reading this multilayered novel. It’s filled with witty writing and unique character development. 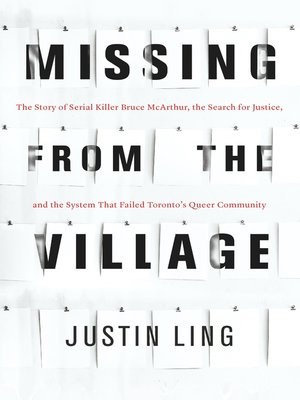 Missing From The Village: The Story Of Serial Killer Bruce McArthur, The Search For Justice, And The System That Failed Toronto by Justin Ling

In Missing From The Village, you will find failure in both the police force, and to a lesser extent, a city. The Toronto police forces’ homophobia and institutional racism contributed to more people being murdered and Ling’s book reveals a slew of investigative errors. It seems like the police didn’t want to accept that there was a serial killer on the loose until it was far too late. Incredulously, the killer had been questioned by police three separate times, two of which being in direct relation to the disappearances. Bruce McArthur was no criminal mastermind; he was simply a monster disguised as a human being. It’s a shame that it took the police many more years than it should have to apprehend him. Hopefully this book will open up dialogue and help ensure that (maybe) the next serial killer will be apprehended quicker.