A Most Important Documentary 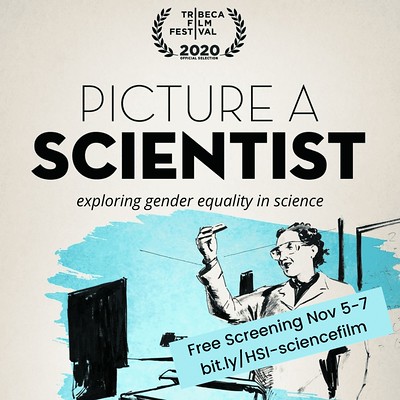 Normally I’d review more than one documentary but this one needed extra typing for cathartic purposes. The examples of misogyny in Picture A Scientist highlight a common and overlapping theme; after all, institutions contain a plethora of biases, even if the institutions are the face of science and reason. The disciplines of climate science, chemistry, geology, planetary physics, mycology, and more are stacked with people who could ostensibly win the title of “Professional Scumbag of the year award.” It is not surprising, and simultaneously it almost seems as if it is.

harassment and gender inequality, especially in academia. The many fields of science are supposed to be progressive and academia is thought of as forward thinking, a beacon for egalitarianism. After watching this, it was difficult to make sense of how this strain of terrible human behaviour exists in the same institution, broadly speaking, that figured out how to present the Higgs-Boson particle to the world. The same academia that rallies against pseudoscience, intellectual dishonesty, tribalism, ignorance, and searches for ways to explain reality also contains scientists that blow ash in grad students’ eyes and push them down hillsides while verbally or sexually harassing them.

When you think of a scientist, who do you see? Oftentimes the stereotypical answer is our internalized sexism is at play. The disproportionate gender attrition in STEM is a massive and worldwide concern. As one scientist says “the higher you go up in the ivory tower, the whiter it gets, and the more male, and the more hetero.” Through all of this there is a silver lining – there’s dialogue about the issue and awareness means that more and more bystanders who witness inappropriate behaviour are speaking up about it. It gives me a bit of hope, because the world would be a better place with more Marie Curie’s, Rosalind Franklin’s, Jane Goodall’s, and Mary Jackson’s.