Ireland. The Emerald Isle. Erin Go Bragh, and Slainte. The Luck of the Irish and the gift of the Gab. Joyce, Yeats, Stoker, and Wilde. Pastures, rolling hills, two hundred year old pubs, and national tragedies. There are many reasons why Ireland lies in writers’ hearts. My favourite Irish whiskey is aptly named Writers Tears. Copper pot, single malt, and with notes of honey, vanilla, and oak.

The names of its counties are popular in song and verse “It’s a long way to Tipperary” and in Whiskey in the Jar “We’ll go rovin’ through Kilkenny.” Even when I recall the first line (in terms of when it’s presented on the page) of Finnegans Wake “riverrun, past Eve and Adams, from swerve of shore to bend of bay, brings us by a commodius vicus of recirculation back to Howth, Castle and Environs” my mind immediately goes to the Donegal coast and its lolling ocean waves, land overrun with heath, green hills dotted with sheep, and timeworn stone walls between the narrow road lined with a spackling of gorse shrubs and alder trees. In the mornings a thick pewter fog blankets the bay, though you can still hear the cries of gulls. Half nine the fog peels away, revealing the ocean, with white tips hurriedly birthing, before collapsing in the slushing grey kelp soup of the North Atlantic. I know it’s meant to be in the Dublin vicinity that the first line is describing, but my association persists regardless. The romantic thoughts I conjure overcome my rational analysis of the words.

Perhaps Ireland resonates so romantically with me because I grew up in the Maritimes, in a family with a salient Irish heritage. After all, parts of the Maritimes are more Irish than Ireland, one could argue. Anyone in Miramichi or the Shamrock City Pub or Mrs. Liddy’s in St. Johns or Glace Bay right in the heart of Cape Breton Island could tell you that. Maybe that’s why I tried to read all of the Irish authors that ever lived. That includes living authors too, and you’ll be at a loss if you don’t check out these newer, twenty first century novels. Pádraig Pearse, the poet, writer, and revolutionary wrote that “Tír gan teanga, tír gan anam.” That translates to “A country without a language is a country without a soul.” These books are full of soul. 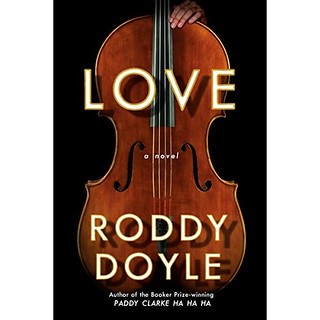 Two older friends reconnect in the many pubs of Dublin. They’re from a time when people were more reserved, and it takes a few drinks for truths to be told and revelations to be made. They discuss love and the decisions that they’ve made in their lives because of it. With each pint, another part of their past is revealed. 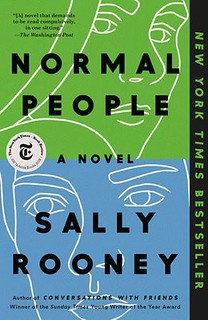 Connor and Marianne are polar opposites, so much so that they pretend to not know one another in school. He’s popular and well liked, and she has no friends and her classmates think she’s strange. Fast forward a year and they’re both attending Trinity College in London. Marianne is popular, well liked, and surrounded by friends. She comes from money. Connor has very few friends and is lucky to be there. He comes from a very humble background. Class, love, self-destruction, and an inseparable bond between two people melt together to give you Normal People. 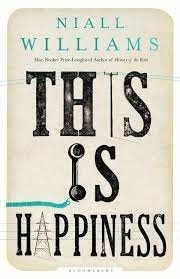 This Is Happiness By Niall Williams (2019)

In the tiny parish of Faha nothing ever changes. The pace of life is very slow. Then the rain stops. It’s strange because rain has always fallen on Faha. Electricity is supposed to soon be connected. While local teenager Noel Crowe is basking in the new found sunlight, a mysterious stranger arrives, and with him, change. Tradition, community, and the Irish countryside are weaved together in this coming of age tale.