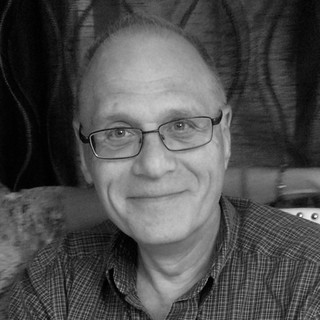 BCIT Counsellor Curt Shelton co-wrote, with Bruce Alexander, SFU Professor,  A History of Psychology in Western Civilization, published by Cambridge
University Press in 2014. We asked Curt to tell us about it, and this is what he had to say:

A History of Psychology in Western Civilization is based on 30 years of my co-author, Bruce Alexander’s, lectures for his History of Psychology course, a perennial favourite with third- and fourth-year students, at SFU. It’s not a “names-and-dates” history textbook. Instead, it introduces the big ideas of such classic scholars as Plato, Marcus Aurelius, St Augustine, John Locke, and Charles Darwin about what we are as human beings, who we are as individuals, and how to reach optimal happiness. Students often find the ideas in the book challenging but will also say that they were some of the most interesting and memorable ones for them in their post-secondary years. Many students especially like the chapter on Marcus Aurelius, learning, for example, that mindfulness – so popular for a host of things right now – was an integral part of a commonly held way of life in Western civilization some 2,000 years ago. In fact, in a side-by-side reading of Marcus Aurelius’ Meditations and the contemporary mindfulness sage John Kabat-Zinn’s Wherever You Go, There You Are it’s easy to get confused about which of those books you’re actually reading at the moment. Even though the West has now re-imported mindfulness from the East, it turns out that it is not a solely Buddhist or Eastern invention. (The reason why it was lost for so long from the Western world is found in the chapter on St Augustine.)

And yes, it is valuable for students – in fact it’s important for all of us – to become familiar with more than just the “official” twenty-first-century Western ways of viewing and living the “big ideas”. Time and again history has shown us that having only a single approach to living life, a single political-economic system, a single way of forming valid knowledge does not stand the continuing battery of trials our ever-changing world throws at it. As Darwin saw, it is because of – not despite – its variations that a species survives and becomes more fit for its environment. Uniformity in any aspect is doomed in the long run. Knowledge of the diverse cache of intellectual wealth from Western, Eastern, and all other traditions can only enrich us and our world.

You can check out A History of Psychology in Western Civilization from BCIT Library.