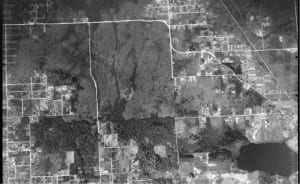 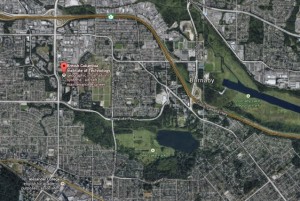 During the 1920’s Guichon Creek was still a vibrant part of the ecosystem, and people could catch fish along its banks. From 1930 to 1960 the creek was urbanized and the lower half was culverted. In the 70’s and 80’s restoration work began at the South end of the creek. BCIT, students, the River’s Institute and the City of Burnaby worked to restore the creek. 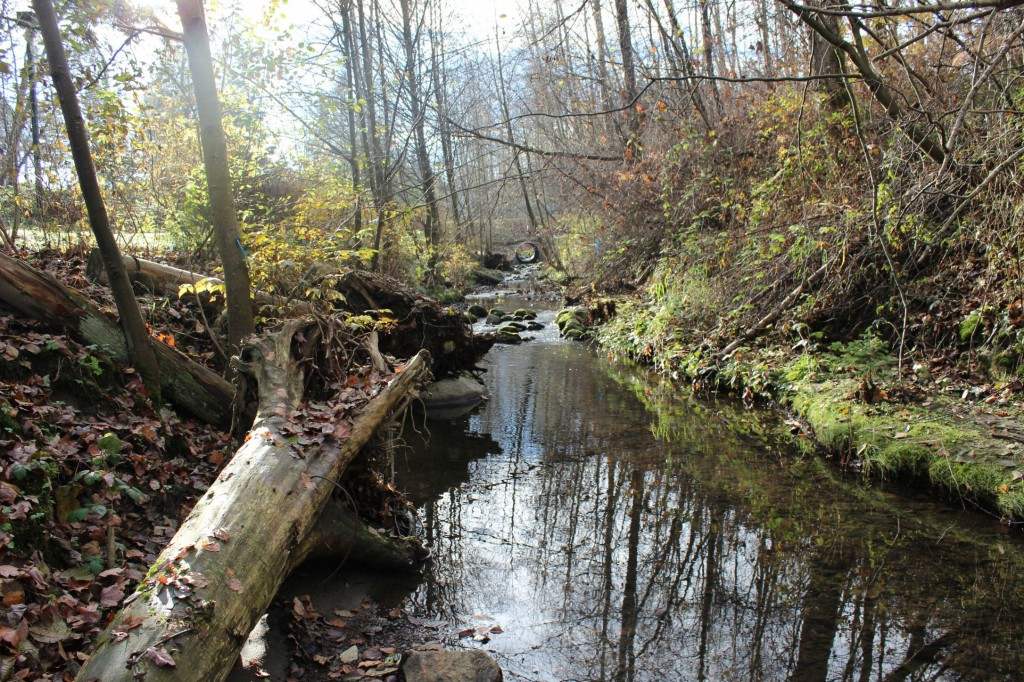 Guichon Creek at the South end of campus after restoration efforts.

While this restoration has been very successful, the North end of the Creek has continued virtually untouched remaining culverted, and traveling underneath the campus and across Canada Way.

Guichon Creek transects the east side of BCIT’s Burnaby Campus and is a fish bearing stream at its south end. Near the mid-point on campus, Guichon Creek spills into a large concrete culvert and travels underground through the north-east quadrant of the campus. Recent studies by the BCIT FWR Program faculty and students indicate that trout and salmon cannot navigate upstream through the underground section of the culvert, hence the upper reaches of Guichon Creek are currently inaccessible to trout and salmon migrating upstream from the Fraser River through the Brunette River, Burnaby Lake and through Still Creek, of which Guichon Creek is a tributary.  BCIT’s Campus Development Plan identifies daylighting the entire length of Guichon Creek as an important objective that supports the Institute’s sustainability goal to become ecologically restored and a functional aquatic ecosystem. The restoration of this creek also provides a Living Lab opportunity for students in our Fish, Wildlife and Recreation program and our Ecological Restoration program.

In the long term:

We would like to see Guichon Creek fully daylight across campus, and specifically in the Factor Four area, and the habitat returned to one where salmon will return to spawn on campus. President Kathy Kinloch recently announced plans to daylight Guichon Creek.

In the short term:

The short term goal is to get people excited about change, and engage them in the restoration efforts as they proceed. This will include a number of projects including:

Guichon Alley projects aim to prepare students and faculty for the eventual day lighting of Guichon Creek, and highlight it’s ecological importance, even in the areas where the creek runs underground. The path of the creek runs very closely to the alley between Smith St. and English St. The alley, renamed Guichon Alley, is an opportunity to educate students, faculty and visitors about the role Guichon Creek plays in the BCIT and Burnaby ecosystem.