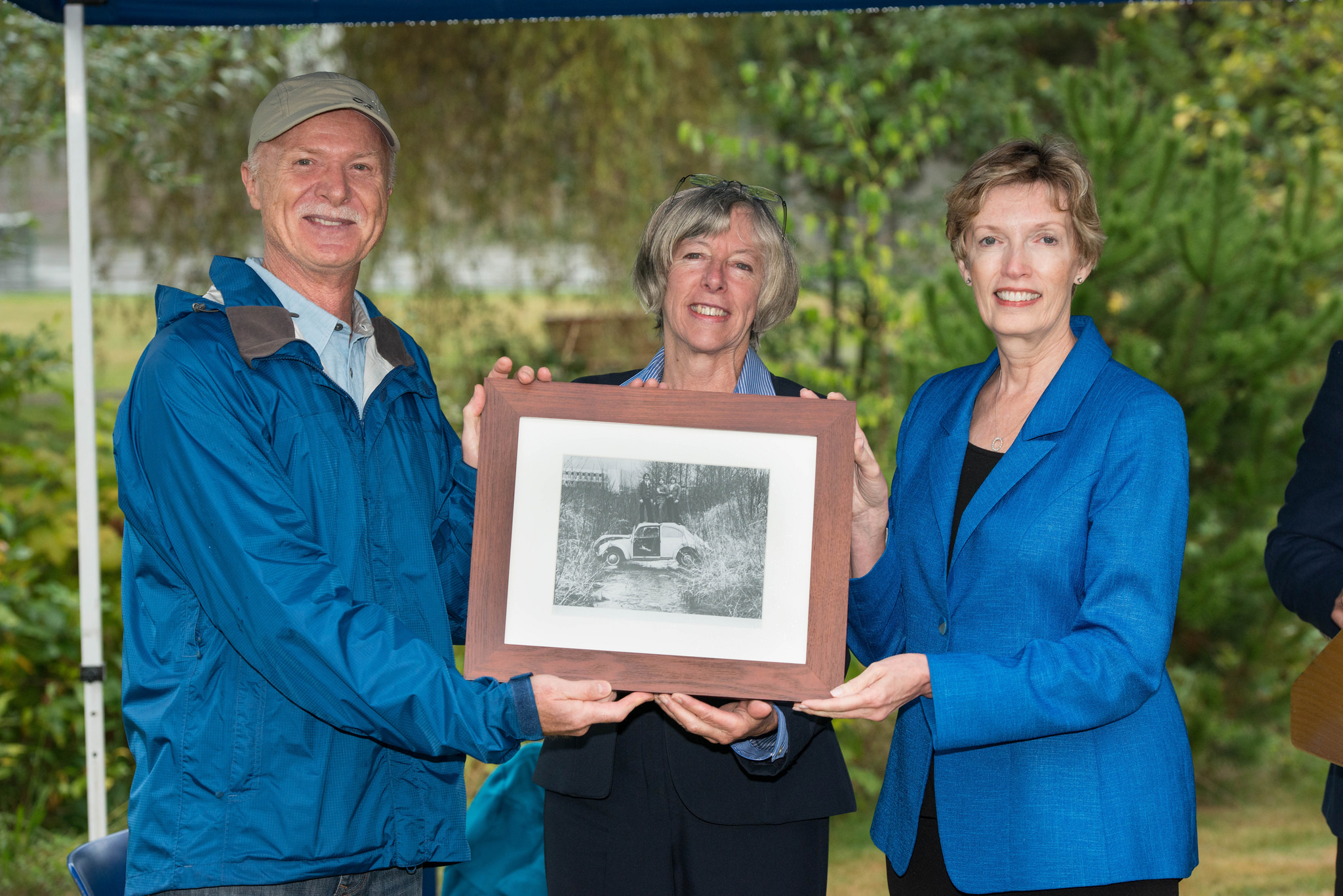 At the event President Kinloch announced that an assessment was underway to evaluate the underground portion of Guichon Creek and explore how it could be daylight across campus. The BCIT Rivers Institute will be collaborating with Campus Planning and Development to lead this work.

Guichon Creek had once been a flourishing ecosystem, and in the 1920’s people would fish for salmon along its banks. But as the area was developed the north end of the creek was culverted and the south end was urbanized and used for drainage. Since the 1970’s students, faculty, the BCIT Rivers Institute and the City of Burnaby have worked to restore the stream.

Check out the Flickr Gallery for all the photos from the event.

For the media coverage of the event: