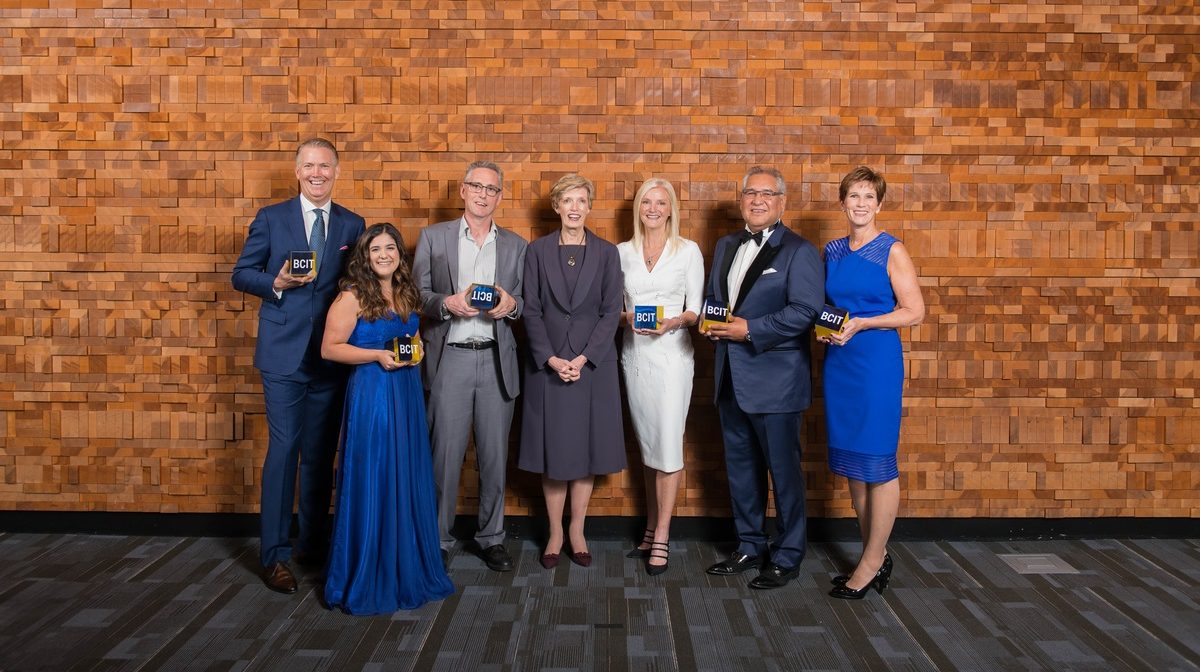 The British Columbia Institute of Technology (BCIT) held its premier annual event, the Distinguished Awards, honouring many notable members of the BCIT community and beyond.

The 2018 Honorary Doctorate of Technology Awards were also announced, with David Tuccaro and Sue Paish taking centre stage. Those Doctorates will be officially awarded during the BCIT June 2018 convocation ceremony.

These six outstanding individuals were recognized for distinguished achievement in their careers, as well as their contributions to their communities.

President Kathy Kinloch spoke to the future of BCIT saying, “I am confident BCIT will continue to ambitiously advance the readiness, vitality and success of our students and industries. And, in doing so, help ensure the ongoing prosperity of both B.C. and Canada.”

Read the greetings from Premier John Horgan and the Honorable Melanie Mark, Minister of Advanced Education, Skills and Training.