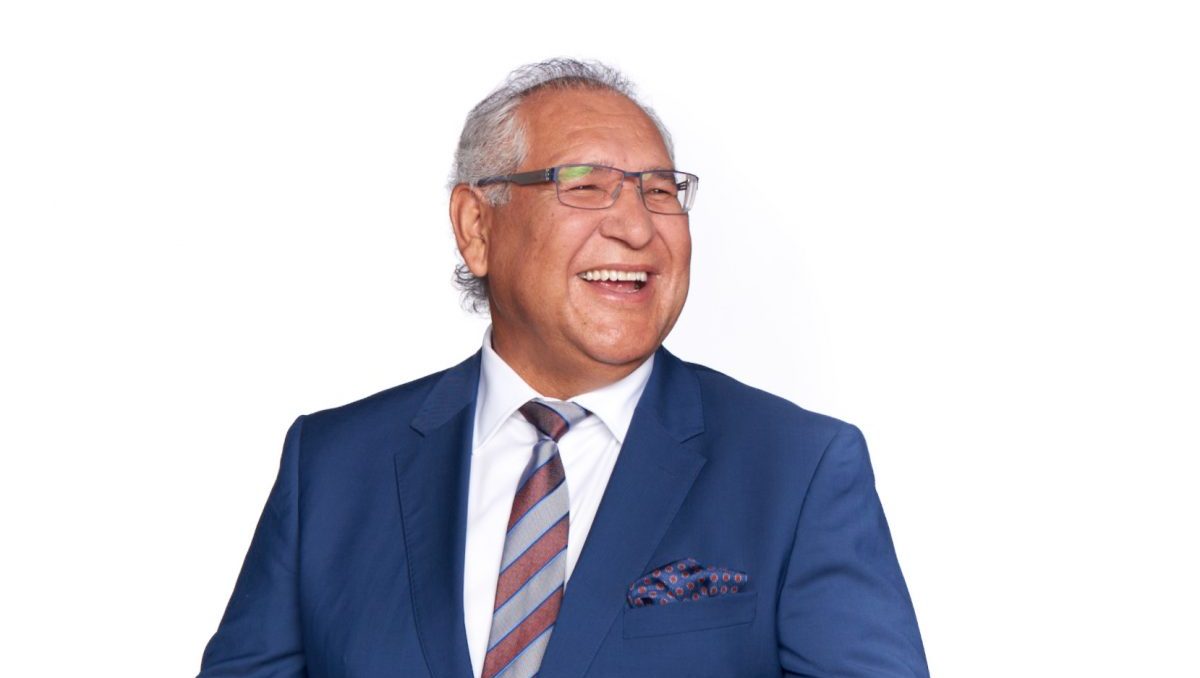 David Tuccaro, the President, CEO and Founder of Tuccaro Inc., will receive an Honourary Doctorate in Technology from BCIT.

The acclaimed businessman grew up in the oldest community in Alberta, Fort Chipewyan, a northern community that can only be reached by ice road or plane. David says he got his start as an entrepreneur thanks to equipment he borrowed from his dad, a fur trapper.

“I remember my dad was a trapper and he had a dog team, had eight dogs and a sled that took him from Fort Chip to the trapline,” David recalls. “But when he came home on weekends I used to hitch up a couple of his dogs and put a barrel on the back and haul water to my neighbors and charge them a dollar for a barrel of water. That was the makings I guess, the start of me making a little bit of money for myself.”

David has been breaking trail—both literally and figuratively—ever since. He is now President, CEO, and Founder of Tuccaro Inc., Canada’s leading private Indigenous group of companies. He’s become a widely-respected leader along the way.

“He’s basically someone who really knows where he’s going and knows what he’s after,” says Max Faille, a lawyer with the Indigenous Law Group, at Gowling WLG. “He’s a very kind person, he’s extremely generous. And he’s unique in that he is someone who has taken this business model, really with no real precedence, with no real role models to speak of, and has taken it to heights that had not really been seen within the Indigenous business community up until then. He’s unique in that sense. How he does it, I don’t know, if you could bottle it and market it, you’d make a fortune.”

BCIT will honour this trailblazer at the BCIT Distinguished Awards dinner this month. The other 2018 BCIT Honourary Doctorate in Technology will go to Sue Paish, the CEO of LifeLabs.

For over 30 years, Tuccaro Inc. has been a leader in providing essential services for oil sands operators. As an Indigenous entrepreneur and supporter of community, education,
and Indigenous development, David’s personal commitment and the purpose of Tuccaro Inc. companies is to create opportunities for Indigenous people at every level of education
and employment.

David is also the founder of the Northeastern Aboriginal Business Association, which features over 100 member companies with combined revenues of over $1 billion. A member of the National Task Force on Oil Sands Strategies and the National Aboriginal Financing Task Force, David also served as Chair of the Aboriginal Business Canada Market Expansion Group. He has sat on the Board of the Regional Health Authority as well as the Alberta Chamber of Resources. As Board Chair of lndspire, an Indigenous-led registered charity that invests in the education of Indigenous people, David is helping to set strategic direction for the National Aboriginal Achievement Awards and deepen the organization’s support of K-12 education and Indigenous teachers across Canada.

In 1998, David was named one of Financial Post magazine’s “Top 40 under 40.” He received the National Aboriginal Achievement Award in 1999 in the field of Business and Commerce. Venture magazine honoured him in their July/August 2000 issue as one of Alberta’s 50 Most Influential People.