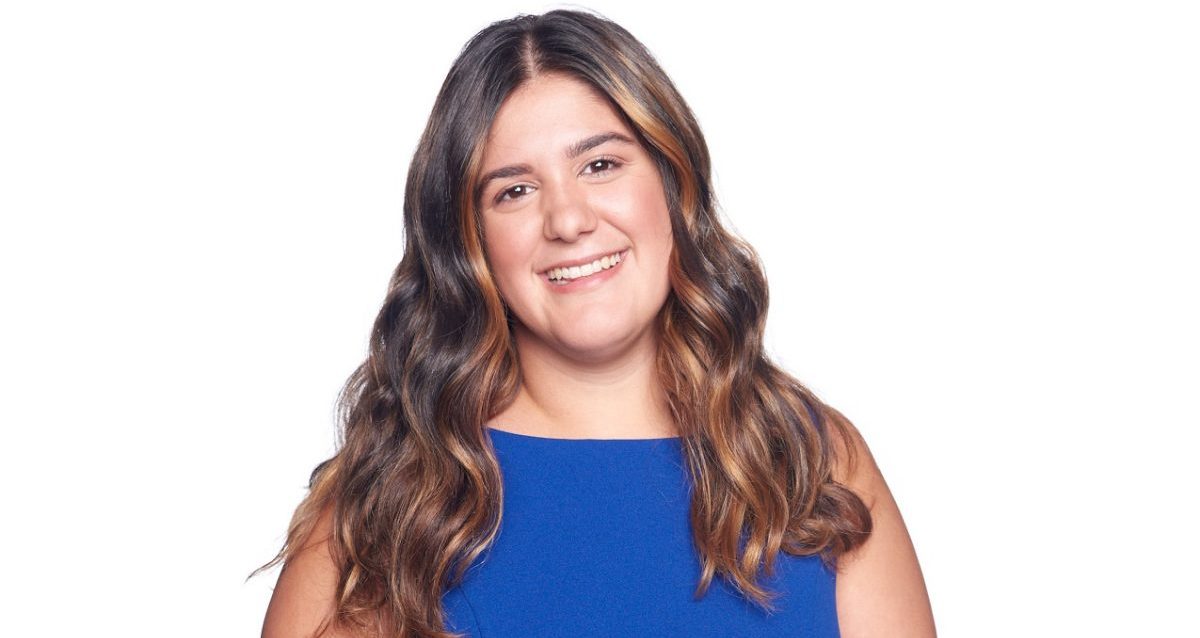 Kayla Di Bauda always knew that she wanted to go into the field of medicine, but finding her way to nursing was part love, part accident.

While she was always very interested in the science and biology aspects of medicine, it was the holistic and diverse nature of nursing that drew her to the profession. But before she could understand that nature, she had to be exposed to it.

“There were a couple different things [that exposed me to nursing],” she says. The first was caring for her grandma, diagnosed with Alzheimer’s Disease 10 years ago.

“I was able to see the care that she was provided in the care home, and I was involved in a lot of her care when she was living at home,” she relates. “Some of the most meaningful moments were just the simple things: just sitting with my grandma and talking with her, giving her a massage when her head hurt, or providing her with Advil. Just seeing the impact that that had—seeing her mood shift from being upset to being happy again—that’s one of the things I really like about nursing. There are so many small things you can do in someone’s day that will just make such a huge difference.”

Later, an accident left Kayla with a serious foot injury and dependent on a home healthcare nurse for support.

“It was quite a difficult time for me,” she says. “The home healthcare nurse really took a holistic approach to my care, caring for me psychologically, physically, socially. I was really able to see what nurses do, and how important the role of the nurse is in people’s recovery.”

It was enough to get her curious about training as a nurse. After researching different nursing programs, Kayla saw that BCIT Nursing was very focused on applied learning: problem solving, technical skills, and providing students with real-life experiences. “That was one of the main reasons why I decided to come to BCIT,” she says.

She wasn’t disappointed. “I really enjoyed being able to learn skills in the lab, and then being able to apply them the following week or a couple days after in the hospital,” she says. “[The immediate, hands-on practical aspect] really solidified all those skills, instead of simply learning them in a theory or a lab class, and then having to wait a couple months to go and practice them in the hospital.”

Fueled by a desire to push herself and put herself outside her natural comfort zone, Kayla started getting involved in extra-curricular activities in her second year. “I started getting involved with Canadian Blood Services and St. John’s Ambulance, and I really liked the balance of being able to have academics, but also being able to volunteer and make a difference and an impact overall in my community,” she says.

The work also grew her leadership skills. As an in-community team leader for Canadian Blood Services, Kayla was responsible for leading a team that recruited people to come to blood clinics. That spurred her to bring the program to BCIT, and even organize blood clinics on campus.

“I was able to see the impact that the work that my team was able to do here at BCIT in the community,” she says. “From there, it just expanded and I decided to run for elections with the Student Association.”

Elected by her fellow students as the Student Association Chair of the School of Health Sciences, one of Kayla’s biggest aims was to strengthen mental health services on campus.

She quickly became a strong advocate for a new campus wellness centre, inspiring the creation of a student wellness ambassador team. Kayla was also instrumental in founding a BCIT chapter of Jack.org—a national network of young people supporting and changing the face of mental health.

She also spearheaded monthly power hours, in which specialists and speakers from the healthcare system would come in to talk to students and faculty about healthcare hot topics. Topics ranged from microbes and human health, to medically assisted dying and the fentanyl crisis.

“They’re all overarching ideas that pertain to anyone in healthcare. The idea was really to get all these students to come together and really see that we do all need to work together.”

“There’s a really big relationship between nursing and advocacy, because a lot of the work that you do in nursing is to be an advocate for your patient,” she says. “You do have to be an advocate when you’re a nurse because your patients are in very vulnerable positions where they may not be able to advocate for themselves. A lot of the skills that I learned in my first and second years really tied into the work that I did in my student advocacy in the Student Association.”

Kayla will receive the 2017 Outstanding Student Leadership Award at the BCIT Distinguished Awards on October 17.