You know when we were allowed to be at a bar or a club and then the DJ or live performer would play one of those songs that gets everyone hyped up? If the song wasn’t a classic sing along like Don’t Stop Believing or I Got Friend’s in Low Places, there was a good chance it would be an early 2000’s pop punk hit.

From Southern California, Blink-182 have been creating music that’s listened to across the globe. The band formed in 1992 consisting of Mark Hoppus, Tom DeLonge and Scott Raynor with their original name “Blink.” The band had a lawsuit threat as their was an Irish band with a very similar name to which they changed to Blink-182. They followed through the doors of pop punk that Green Day opened and they gained a large fan base quickly. In 1998, Travis Barker replaced Scott Raynor on the drums and when Tom DeLonge left for the second time in 2015, Matt Skiba was took over. 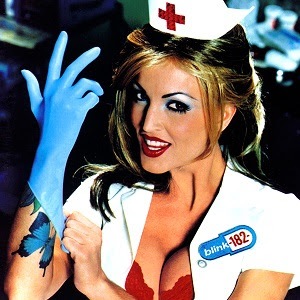 Their breakout years began in 1999 and lasted until 2004, with releasing Enema of the State. This was the album of What’s My Age Again?, Adam’s Song and All the Small Things. The album sold over four million copies and their music videos were highly valued on MTV. At this point, it seemed like the band couldn’t be stopped… until 2005 rolled in. The band unexpectedly took a “indefinite hiatus.” In this time they worked on their own projects while spending time with their families. A Greatest Hits album was released later that year.

In 2008, the band suffered tragedy all around. They lost their producer Jerry Finn due to a heart attack. Barker and one of their collaborators DJ AM were seriously injured in a plane crash where two people died. With 11 months of recovery ahead for Barker, this influenced DeLonge and Hoppus to reconnect with the band. The following year, Blink-182 announced they would be getting back together.

Blink-182 put an album out in 2011 and toured the whole year with My Chemical Romance, Rancid and Against Me! Just like that, they were back. With eight studio albums, a live album, two extended EPs, two compilation albums and three video albums, the band is still continuing to make music.

Travis Baker responded to a fan on Instagram confirming that Blink-182 has a new album coming out this year. 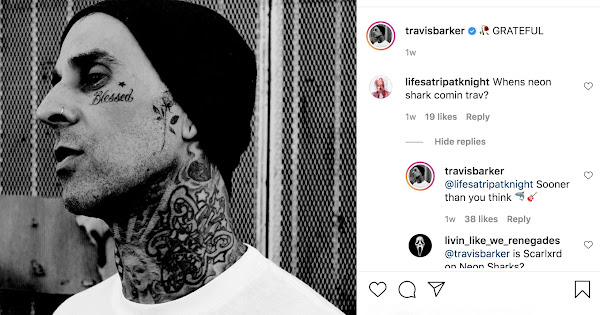 Stay tuned to see what Blink-182 has been heating in quarantine.

In other Barker news, he has also been seen getting cozy with Kourtney Kardashian over the past few months. There has been back and forth between the two on their Instagram stories. Barker was first a tag in Kourtney Kardashian’s Instagram Story back in September over a cup of post workout green juice. The topic of their friendship hasn’t been quiet, as many fans have been wondering what is going on between the two of them.

Both Baker and Kardashian’s families live in the same gated Calabasas community and have become friends over the past few years.

Last week, Kourt posted screenshots from a make out scene of Barkers favourite movie, True Romance, on her Instagram feed to which Barked commented, “You’re So Cool.” She also gave Barker’s daughter, Alabama, a Prada bag for Christmas, the same that she gave to her sister, Khloé Kardashian. 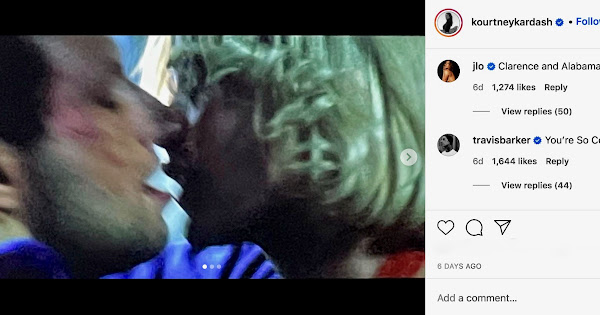 Is it just me or does it seem like something heating up here?