At Evolution, we shake things up!

We look a little different and sound a little different – because we are! We’re dedicated to experimentation, creativity, and distinctiveness. Part of our uniqueness comes from the fact that we are all students at BCIT. We are always learning and asking questions and invite you to come along for the ride.

Major label, indie label, or no label – if it’s good and it rocks – we’ll play it!

I have always had a fascination with music. Not just listening to it in the car or making it myself, but finding it. I find joy in discovering new music. New being a subjective term in this instance as anything new to me may not be new to someone else. Nonetheless it is gratifying to uncover a piece of work lost to time only for it to resurface on my computer screen years later. With the internet expanding at an exponentially high rate over the past couple decades, no one could argue that music is consumed in the same way it was before. The internet has figuratively and literally become a library or archive for all of humankind’s accomplishments and failures, but that’s besides the point. Music has become much more accessible to consumers, with any genre, song, artist being a couple clicks away. But I feel proper pay and protection of one’s own songs have been sacrificed for easy exposure.

Music sharing sites like the now-defunct Napster, Limewire, and Kazaa were the catalysts for what was to become the new form of the music industry. I could definitely debate on whether these sights were a reliable source for music, but it layed out the groundwork for online file sharing. Anyone and everyone had the power and freedom to share any piece of music. Now Apple Music, Spotify, Amazon, and my personal favourite Soundcloud and Bandcamp are the front runners for music streaming. Throughout High School I used Soundcloud and Bandcamp religiously, spending hours everyday sifting through one project after another. I believe I found joy in straying away from more mainstream music services. On larger platforms smaller creators are left in the shadows, limiting explorability and discoverability. I found some of my favorite artists and musicians from Soundcloud and Bandcamp and still listen to them to this day. Soundcloud and Bandcamp function differently as a streaming service as they promote smaller artists and provide them a platform to share their content in an effective manner. However impersonation of artists and illegal uploading of copy written music is still prevalent amongst these platforms taking money away from musicians. So how are musicians turning a profit on their work and how much are they getting paid?

I think we can all agree that the consumption of physical copies of music such as CD’s, cassettes, and vinyl is dying out. There’s still a niche audience for physical copies of music, but the RIAA (Recording Industry Association of America) claims physical music sales have dropped over 15 billion dollars within the last two decades alone. This immediate downfall of tapes and CD’s was due in part to the sudden take over of streaming services. This switch turned the whole music industry on its head from how artists get paid to how billboards keep track of what is most popular. Let’s start with payment. Even though digital and physical copies of music are still sold, streaming is the primary source of income for artists. Streaming sites such as Apple music, Spotify, Amazon music, and even Youtube pay musicians on average 0.4 cents for a single stream. With all these sources of streams, Billboard sites combine the total plays from all streaming services to ensure consumers know what is trending. Even when streams are totaled up and given exposure on billboards, artists are only receiving a fraction of the money earned.

These methods of music distribution have side effects that sadly put the artist at a great disadvantage. Although the populace are overwhelmingly for the “internet era” of music, the business side of music struggles to generate a living income off of this new technology. Justice for Spotify Is a petition seeking to raise the minimum payout per stream from the average 0.004 cents to a whole cent.

The current pay structure is still smaller in comparison to before, when consumers bought music outright. Many artists have come to the conclusion of performing live more often to make up for the lost profit on streaming, but due to COVID-19, shows are limited to URL events and online live streams.

The positives of “internet era” music seem to only benefit the consumers. Streaming services charge a fraction of what it would cost to outright buy an artist’s music. In a sense consumers are paying per stream instead of paying for unlimited plays. Consumers are also free to listen to music with ad-based streaming. When talking about music in regards to the internet, we must also take into consideration reuploads of music, leaked music, and download websites. All these factors that accelerate the consumption of music on a larger scale contribute to loss in profit for artists. In a manner consumers, musicians, and streaming companies must come to a compromise If money is to be made across the board.

Spotify has already been making efforts to make up their losses. Streaming sites are having to continue operations at a loss due master agreements freezing their margins.

“Streamers are handicapped by master agreements that make it very hard for them to be profitable. The more users/subscribers they attract, the more their fixed costs rise in lockstep with new revenue. Margins cannot increase through synergies and efficiencies, so the streamers are forced to continually operate at a loss.” – Alan Cross, Global News

Streaming sites are now resorting to branching out into podcasting, ASMR/meditation audio, and storytelling. Spotify is hoping to satisfy approximately 20 percent of their viewership with podcasts and other related audio. No royalties must be paid in regards to podcasts, which will in theory reduce the money needed to pay out for music.

The main issue is that while streaming platforms are eliminating physical sales, it isn’t replacing the revenue needed to support artists. Like I said before musicians are having to resort to live performances, and licensing of their music to TV and movies to stay afloat. Although streaming is becoming the new norm, giving customers access to a plethora of music to listen to, it is clear artists are struggling to make ends meet. It is a very complicated matter indeed, but it’s on a matter of time before one party falls behind. 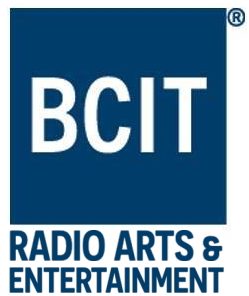