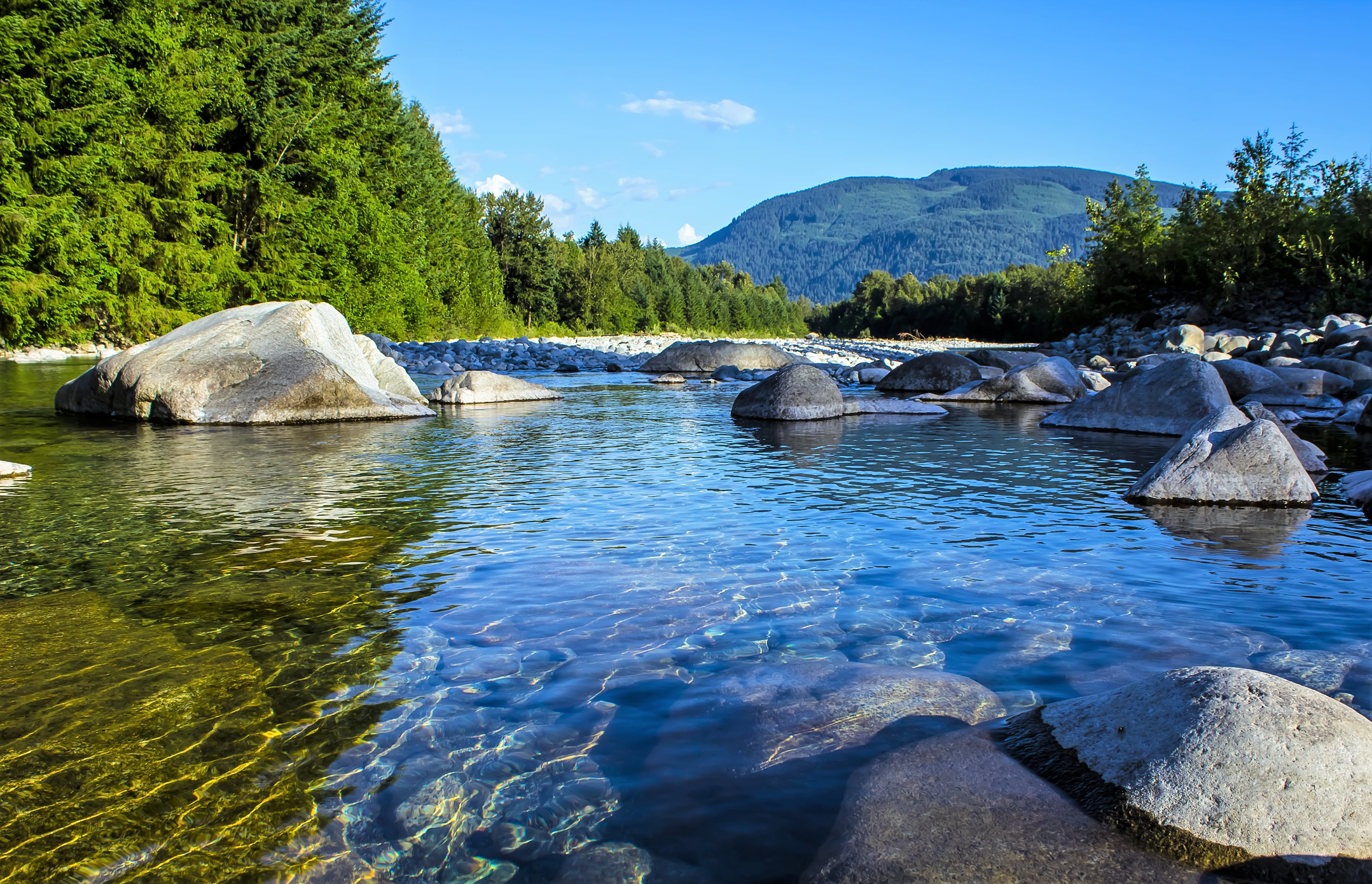 Like the path of water itself, the Rivers Institute’s Dr. Ken Ashley has traveled through varied terrain over the course of his career.  And while his experiences have ranged—from civil engineer to limnologist to ecological restoration instructor to documentary film producer—the Director of BCIT’s Rivers Institute has always maintained a clear purpose and direction.

“Ever since I was a kid, camping beside a creek, I’ve been on this path,” he explains. “Humans are fascinated by water. [It’s] a whole other world.”

Eventually his curiosity led him to focus his science studies with a bachelor’s and master’s degree with a freshwater ecology focus and then into a new field of study, pursuing both a second master’s degree and a PhD in civil engineering. But that was just the beginning.

Today, Dr. Ashley leads the Rivers Institute, which is celebrating its tenth year protecting and restoring endangered rivers, streams, estuaries, lakes and wetlands across British Columbia. Tucked away in two rooms at BCIT’s Burnaby Campus, it occupies a modest physical space, but with an ambitious vision to be a leader in restoration across the province and beyond.

“When you think of an institute, you think of a building, but here we have two meeting rooms and a side room… It’s about the human capital,” he says, “there’s a real life presence here.”

For Dr. Ashley, a big part of that life presence are the students, many of whom are entering their second or third careers. “For some, they’re finally doing something that they’ve always wanted to do,” he says.

His students undertake individual projects and work across disciplines to help address the impacts of human alteration of aquatic habitats. From restoring precious salmon spawning habitat in the Lower Seymour River to filtering toxic heavy metals from parking lot storm-water runoff, each of them are tackling real-world problems.

“We need younger people to understand how climate change will disrupt their personal and professional lives,” he says, “the time to act is now.”

“When they leave here, they are ready to work,” he emphasizes, adding that the most gratifying part of his role is the knowledge that his students are in demand and out in the world making a difference. After graduating many go on to work with government, NGOs and First Nations communities, and some have even started their own consulting companies.

Making a difference in the wider community is also a key component of his own role. Since 2012, Dr. Ashley has advanced the Rivers Institute’s approach to ecological conservation, weaving together education, research, and advocacy to engage with the public. This work reflects the vision of local philanthropist, Rudy North, whose motivation to fund the Institute originated with his passion for protecting the Fraser River.

Witnessing the conversion of flood-plain ecosystems to farm fields along the gravel reach of the Fraser River and the harmful effects on fish habitat, Dr. Ashley realized he needed a way to speak directly to the public and use the media as a medium. “All the science in the world is not going to fix the situation,” he says.

Now, he’s overseeing the final stages of production and distribution of a documentary film, Heart of the Fraser, which he hopes will inspire action to protect this unique ecosystem. Working with a team of film students from Capilano University, he’s embracing his new Executive Producer role, adding it to the roster of hats he wears, with no sign of slowing down.

“I have ten more project ideas for the next ten years of films,” he says, determined to continue exploring other means to share the conservation message. If there’s one thing he’s learned in his wide ranging career, it’s this: “The science needs to connect directly with the people, and empower the public to become advocates for the environment.”

Tags: Ecocity, School of Construction and the Environment, Sustainability