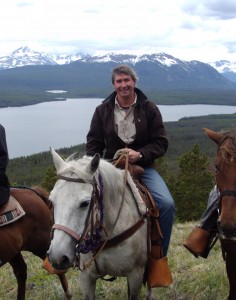 Ken received his B.Sc. and M.Sc. at UBC in the Zoology Department, specializing in aquatic ecology, and an M.A.Sc. and Ph.D. at UBC in the Faculty of Applied Sciences in Civil and Environmental Engineering. He worked for the Ministry of Environment in the Fisheries Research and Development Section on the UBC campus from 1979 to 2005, initially as a project biologist, and eventually as Section Head for Fisheries Restoration and Bioengineering. While in this position he conducted a set of large-scale adaptive management experiments, and is internationally recognized for his research in the design, operation and effects of hypolimnetic aeration systems, lake/reservoir fertilization, and stream/river enrichment. Ken transferred to the Greater Vancouver Regional District from 2005 to 2007 as Senior Engineer and was the project lead for the Environmental Management team, with responsibility for raw drinking water quality, and monitoring the environmental effects of wastewater discharges from the regions five wastewater treatment plants and municipal water withdrawals from the Capilano, Seymour and Coquitlam rivers. Ken was Secretary for the BC Living Rivers Program in 2008, Senior Scientist at Northwest Hydraulic Consultants until mid-2012, and taught part time in the BCIT Ecological Restoration Degree Program from 2010 to 2012. Ken is currently Director of the Rivers Institute at BCIT, an Instructor in BCIT’s Ecological Restoration Program and is an Adjunct Professor in Civil Engineering at UBC.

Ken received the Murray A. Newman Award for Significant Achievement in Aquatic Research in 1997, Fisheries Professional of the Year from the BC Ministry of Environment in 2001 and the Seth Diamond Award for Interdisciplinary Conservation Research from the University of Idaho-Moscow and University of Montana-Missoula in 2001. Ken is on the Board of Directors for the Habitat Conservation Trust Foundation.