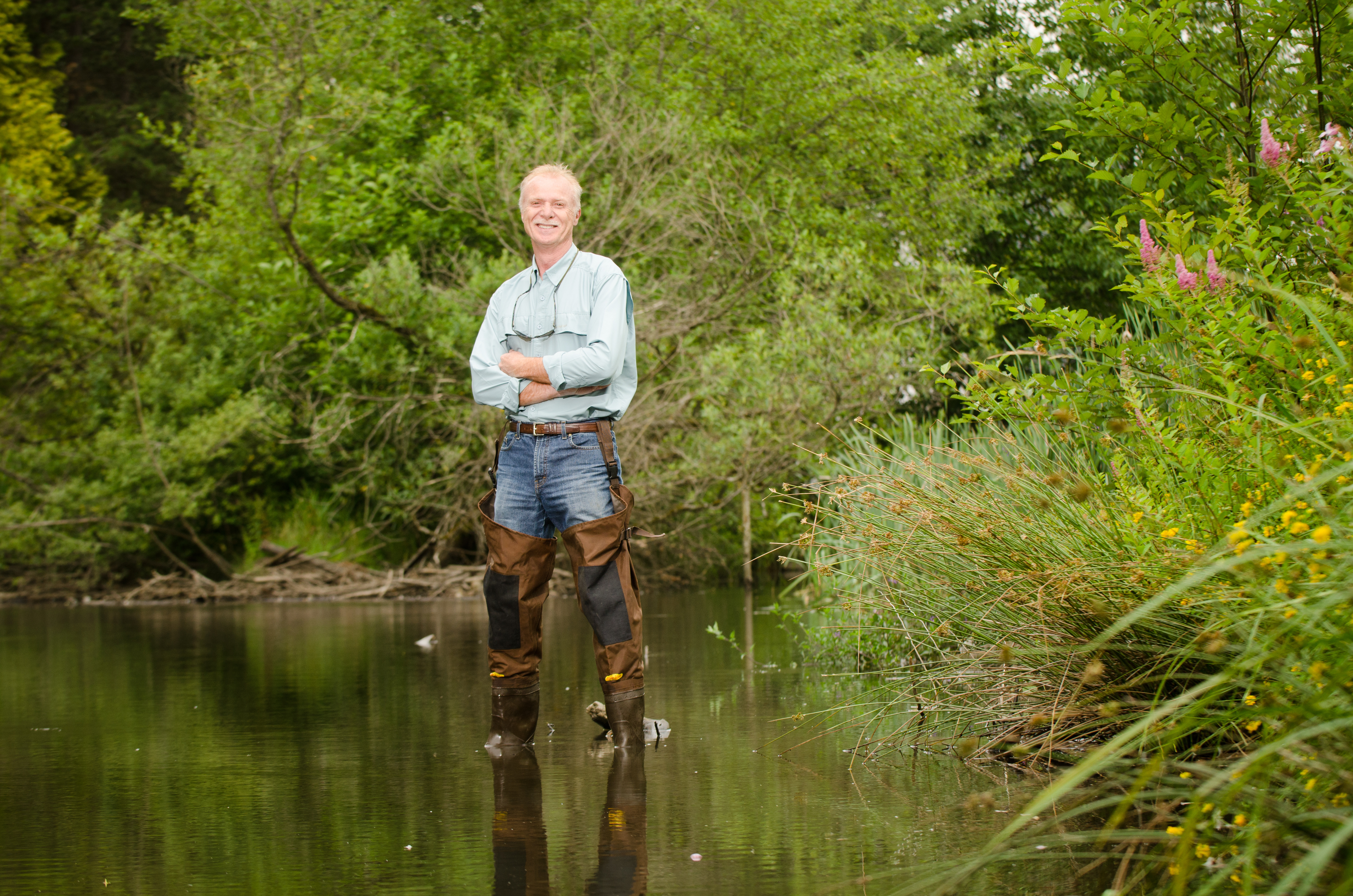 Congratulations to Mark Angelo, Chair Emeritus for the BCIT Rivers Institute and longtime BCIT instructor, who received an Honorary Doctor of Science Degree from Trent University at its convocation ceremony on June 4.

As a devoted conservationist, paddler, educator, researcher, and communicator who has travelled more than 1,000 rivers throughout the globe, Mark founded World Rivers Day and is recognized for his work in the area of river conservation in Canada and throughout the world.

“I’m grateful and humbled to receive an honorary doctorate from Trent University, an institution so renowned as a global leader in Environmental Sciences. I’m also honoured to join the ranks of past recipients who I have long admired and respected,” says Mark Angelo.

Rivers are the arteries of our planet
Mark’s environmental message and mandate are known to millions thanks to his work across the media. His acclaimed Riverworld program was launched in conjunction with National Geographic on-line and played to sold-out audiences across North America from 2003 to 2007. His follow-up, Wild Water, Wild Earth program enjoyed similar success.

In the fight against river pollution, Mark co-produced and starred in RiverBlue, the highly-acclaimed feature length documentary. Mark’s work was also the feature of an Emmy Award winning segment for ABC News. He coordinated the Water for Life benefit concert to promote water stewardship and to support access to clean water. Additionally, Mark has also written hundreds of articles and is a regular contributor to the Vancouver Sun.

Decades of work with river conservation and restorative initiatives
From government to community groups, including Indigenous communities, Mark’s research and advocacy work have impacted many and have also been instrumental to provincial and federal public policy changes.

SEE MORE: How to honour World Rivers Day, some thoughts from Mark Angelo

He served as a Chair and inaugural member of the Pacific Fisheries Resource Conservation Council; the first non-government provincial representative and Chair of the Canadian Heritage Rivers Board; and the inaugural Chair of the BC Heritage Rivers System. He was appointed to Chair the BC Park Legacy Panel and served as the Rivers Chair for the Outdoor Recreation Council of British Columbia.

Most notably, Mark has been recognized with the Order of British Columbia, the Order of Canada and the Queen’s Golden and Diamond Jubilee medals. He was also honoured with the United Nations Stewardship Award, the National River Conservation Award and was inducted into the Fraser River Hall of Fame. He also earned the Barsby Award for lifetime achievement, the highest award bestowed by BC Wildlife Federation. He received an Honorary Doctorate from Simon Fraser University and a lifetime achievement award from the BCIT Alumni and Foundation. In addition to receiving many other honours throughout his career, The City of Burnaby also named the Angelo Creek after him.

Congratulations on this honour!

Tags: School of Construction and the Environment; Ecocity