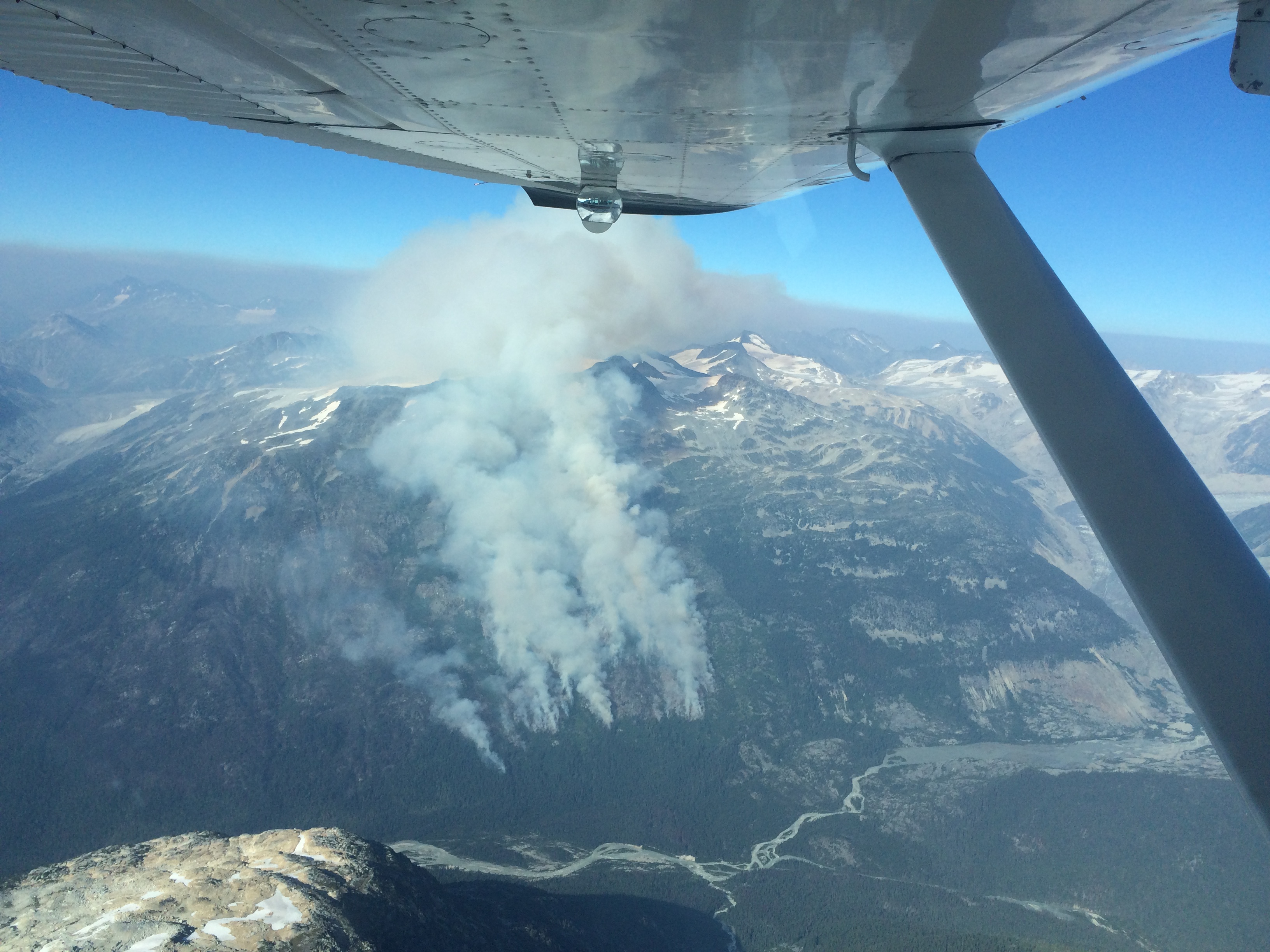 Soaring above pristine glaciers, rugged mountains, and remote valleys, Steve Finn spends his summers over places few will ever see. Steve—BCIT faculty for 29 years—is Program Head for Forest and Natural Areas Management (FNAM) and his summer job is as a fire warden for the BC Wildfire Service. During peak wildfire season, Steve is the air patrol specialist for the Coastal Fire Centre, BC’s most populated area. According to Steve, this role is 95% being a tourist and 5% adrenaline rush.

A world-renowned leader in wildfire management, BC Wildfire Service employs innovative technology to track and investigate potential fires. Most natural wildfires are caused by lightning, and every lightning strike in Canada is plotted on a map when it hits the Earth. Steve is often called to patrol after a lightning event, or when fire danger is high, and will radio his Initial Fire Report (IFR) to a dispatcher, located in Parksville, from almost anywhere on the coast.

While in the air, for up to six hours a flight, he keeps his eyes open for smoke. Whether it be a faint puff or a substantial column, his pilot will direct the Cessna Citation 210 straight toward it. Once they’ve reached the event, he must quickly assess the situation to give the fire a rank and determine the values at risk—is there life, property, timber, or a watershed at stake?

He compiles an IFR from the air, providing the GPS coordinates, and painting a picture of the scene for the Coastal Fire Centre. If action is needed, Steve puts the pieces together on how this fire will be fought, calling in things such as air tankers or initial attack crews.

“Fires are like living breathing things. I have seen huge walls of flame that are 50 metres tall, and they literally roar,” says Steve, “the speed of how they can grow, kind of makes you feel small.”

Steve’s passion for forests and pursuit of wildfire prevention is partly motivated by his desire to bring real-world experiences to his students. As part of the FNAM program, Steve teaches a course on Wildland and Community Fire Management. It addresses the Wildland Urban Interface (WUI), which is the intersection of built homes and forested lands. From a fire management perspective, the aim is to prevent fires that are occurring in forested lands from coming down into housing developments or vice versa.

One theme of the course is about how to help municipalities approach fuel management on their forested lands. Students learn how to write a fuel management prescription that could include things such as removal of ladder fuels (trees with branches that touch the ground), pruning coniferous trees which are more flammable than deciduous trees, and removal of low vegetation to help prevent surface spread. In municipalities that have followed these treatments, it has been notably effective in reducing the spread of wildfire in their areas.

For information on what you can do to mitigate the spread of wildfire on your property, check out the FireSmart Homeowner’s Manual.

Steve’s hope is that his students will spread this knowledge throughout BC. “The demand for graduates from our program is so high across the region,” says Steve. “They can graduate in two years, get a rewarding job, travel the province, and have work-life balance.”