This week I have been doing a lot of reflecting. Reflecting on how I got to where I am. How I’ve improved as a person but also someone going into the media industry.

You know how we all have those dream jobs that we think we can never have. But if you think about it, other people have the jobs we think are so out of reach. So why can’t you too?

I got here to where I am from a video I saw on Twitter. It was this girl giving a speech on why she was in a Public Relations program at school. It was all because of five boys in a band called One Direction. She loved the band so much, that she wanted to work in that business. And that’s when I started looking into PR and media programs. I wanted to work for Taylor Swift. I was looking, that’s when I stumbled on the BCIT Radio Arts and Entertainment Program. I knew right away that it was the perfect program for me. A day later I told my mom I was dropping out of Criminology at UFV and going to BCIT in September and she was excited for me. Now, after my two years here in Radio Arts, has my dream job shifted? Oh it has, but I will always know that I got into this program because of a girl from Nashville who told always told me to be Fearless. Now the dream is to be Cheryl Hickey. I want to be the host of Entertainment Tonight Canada. How fun would that be? Talking celebrity gossip all day. Sign me right up!

It’s starting to hit me that I’m in my last day for BCIT’s Radio Arts & Entertainment program. It’a been quite the ride but I wouldn’t trade it for anything. I’ve made amazing friends and even better memories. I look back on these two years fondly.

I remember the first day of school sitting next to Jocelyn and a room full of 40 unknown faces but little did I know they would become my friends. Victoria and I kicked it off and became friends right away. 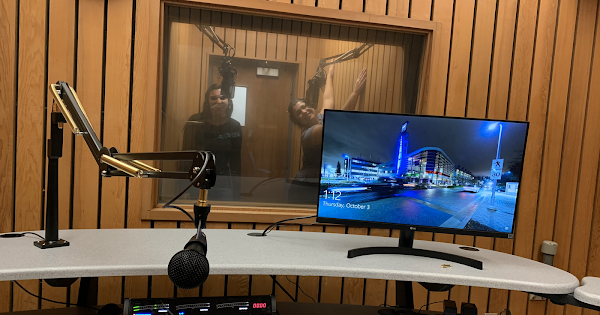 Photos for Online Design with Victoria

Sadly, there was only a semester and a half with my classmates in person so our time going to the Habitat between classes or grabbing a coffee from Tim’s got cut short. 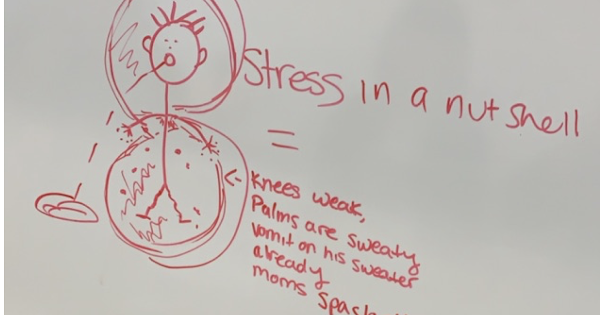 Stress in a nutshell in Heidi’s class

I drew pictures on the white board during OB in Heidi’s class. That was always a highlight of my Thursday’s.

I’m going to miss digging deeper in Rachael’s class. She  was the one who pushed me the most. I will forever be thankful for Business Communications. I also vividly remember spitting beer across her class room on Vanessa (accidentally) during Aidan and I’s CBC presentation. It was humiliating. I’m pretty sure you could see my paper full of notes shaking in my hands from space. After an apology email, Rachael forgave me for the ruckus I caused that class. 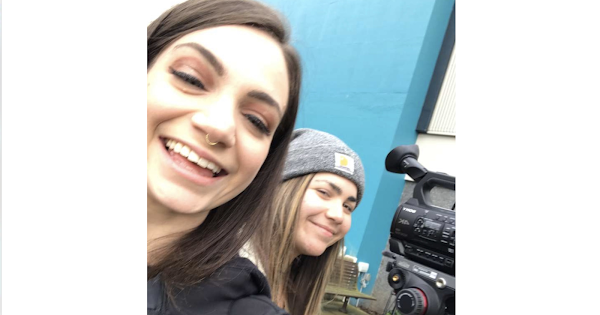 I remember the chaos of learning to shoot in Adnan’s class. It was a bunch of radio students out in the wild. if you forgot your SD card, go home (if you know, you know).

Moving to zoom, I thought the class how to make Margarita’s on break in Journalism 2. This was the time when we thought we would only be online for a few weeks. Although we haven’t been in a classroom all together for a year, there have still been many fun times we have got to share through a screen. I’m going to miss being completely out of ideas for articles. The Red Chairs Club- I will miss you guys. I’m even going to miss Uncle Phil and his constant rude comments to me. Secretly he thinks I’m really cool.

I’m going to say this only once. They’ve been pretty good, and easy to promote on air, so thank you.

I will not miss is downward dog from yoga class, unfortunately.

One of the saddest parts is that Reckless Lives is coming to an end…for now. Mattia and I had way too much fun talking reality TV and pop culture. Having to watch Real Housewives and Summer House for was the best homework I have ever had. We turned it into something exciting by going out and filming things in Vancouver. 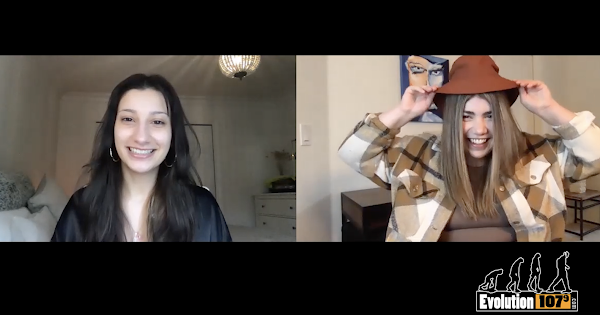 And this is my sign off. If you heard me hosting on Evolution, this is when I cue Closing Time By Semisonic.

So thank you BCIT Radio Arts & Entertainment for teaching me many lessons but also giving me some pretty awesome memories that I’ll cherish forever.