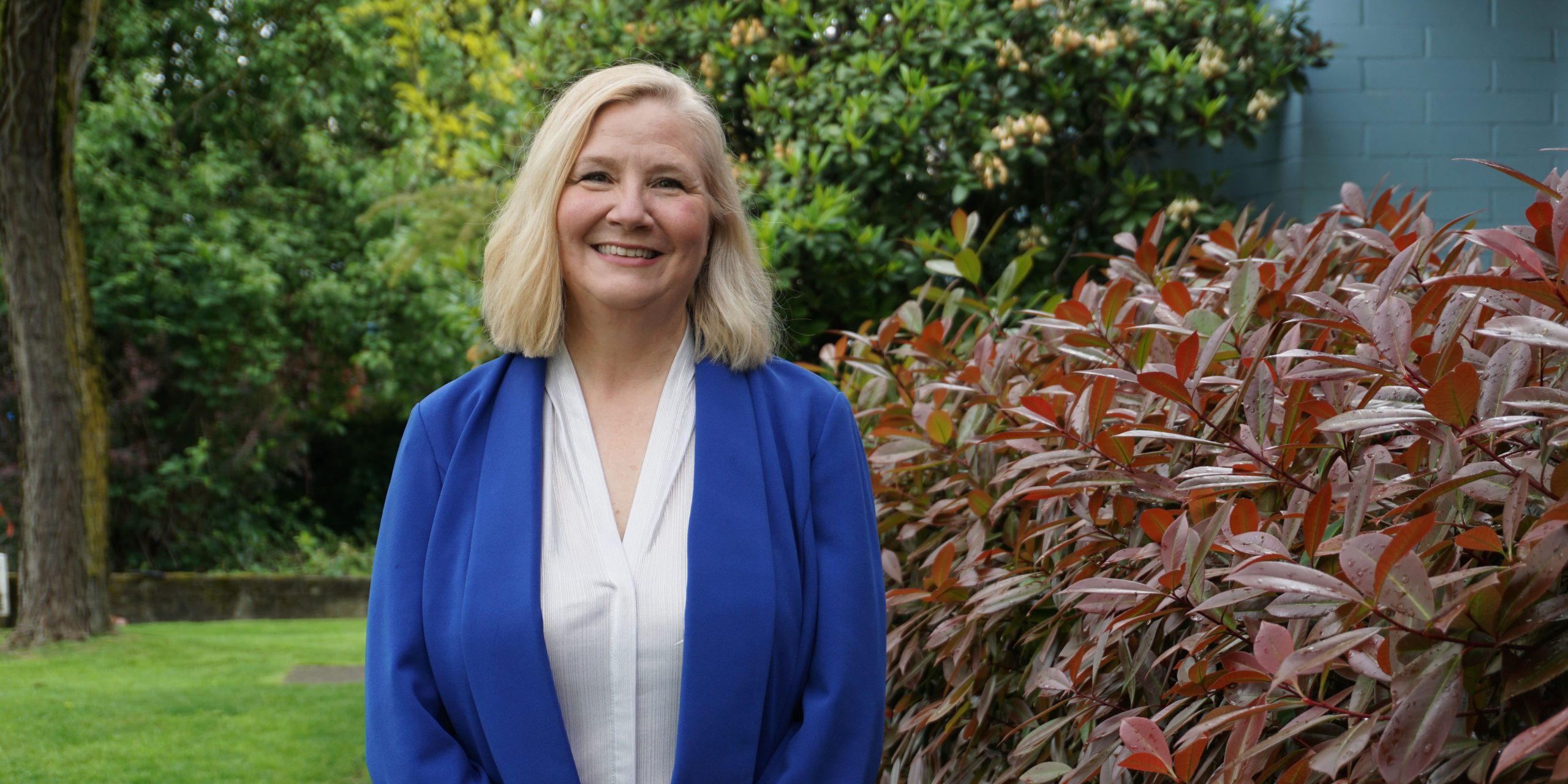 BCIT alumna Donna Grant is the new President of the Vancouver Regional Construction Association (VRCA), and she couldn’t be happier. But it wasn’t always smooth sailing for Donna.

Raising two daughters by herself from the time she was pregnant with her youngest, Donna sometimes struggled to find balance, but she still managed to volunteer her time to coach their basketball teams, start a book program at their elementary school, and a career planning program at their high school. Now with both daughters grown and graduated from university, Donna says: “They’re doing incredibly well, so whether or not I’ve got a sleep debt of two decades, I still wouldn’t change a thing.”

Donna’s volunteerism has always been a huge part of her life: “I’m a firm believer that you never criticize something if you’re not then ready to follow it up with how you’re going to be part of the solution.” She says you should never complain and have that be the end of the sentence. It has to be, “And this is what I’m going to do to help change that.”

And change she has.

Defining her path through experience and compassionate leadership

In 1989, Donna graduated from BCIT’s Marketing Management, Small Business (now known as Entrepreneurship) program. The alumna says no matter what decade you attend, BCIT is a “success factory” producing effective – and happy – people: “There’s a real balance. BCIT grads tend to be people who are engaged, involved, curious and interested.”

After BCIT, Donna’s interest in helping others continued to grow.

Attending a Canadian Construction Women’s Association event where she was hoping to join a committee, Donna ended up on the Board of Directors as the Director of Community, and that really got the ball rolling. Later, working at Scott Construction, Donna joined the Mental Health Committee, where she realized there was a huge hunger for information: “I started off doing a presentation on suicide awareness at the BCCSA (BC Construction Safety Alliance) conference where I thought I would give my 15-minute presentation and go back to work,” she explains. “When I came off the stage, there were people lined up for an hour and half afterward wanting to talk.”

When the organizers of the event saw the reaction of the crowd and heard the positive feedback, they asked Donna to start doing regional talks across the province.

Donna’s passion for people is palpable: “When I see something that I could make a difference on, it’s just impossible for me to resist it.”

Donna says if she’s helping all the people around her develop, that’s how she’ll be the best leader. She wants them to know that she sees them as a person first, and employee second – and she’s bringing that leadership style to her new role as President of the VRCA.

“You really do end up caring for people and wanting them to succeed, which can take a toll on you – but at the same time I haven’t found a way to do it any other way,” she says.

Of her new role, Donna says it’s a dream job.

“I’ve been there just over a month, so it’s been like being on the receiving end of a fire hose,” she says with a laugh. “But it’s going incredibly well. I’m surrounded by people who are good at their jobs and who work really hard. Everyone is really on the same page.”

BCIT ignites the passion toward a rewarding career path

From winning her first writing award at the age of six to receiving the Federal Business Development Bank of Canada scholarship for being top of her class at BCIT, among other awards, Donna has always been a go-getter. She says giving back is important because she remembers what it feels like to be a scholarship recipient: “It was recognition for how hard I worked and it felt absolutely magical.”

The alumna says she can pick out BCIT grads easily: “They are the people who know how to work. And they’re people that don’t sit around and wait for it, they go and they get it.”

BCIT was the best two years of her life, Donna says with great pride, adding that she feels like she never would have done what she has in her career had she not gone to BCIT.

“What I learned at BCIT that was drummed into me and my fellow students was: We have to be our own solution, but if we’re willing to work hard and think outside the box and not feel entitled to our careers but able in our careers, that we could do anything. And when I graduated from BCIT I can tell you I left feeling like there was absolutely nothing I couldn’t be successful at.”