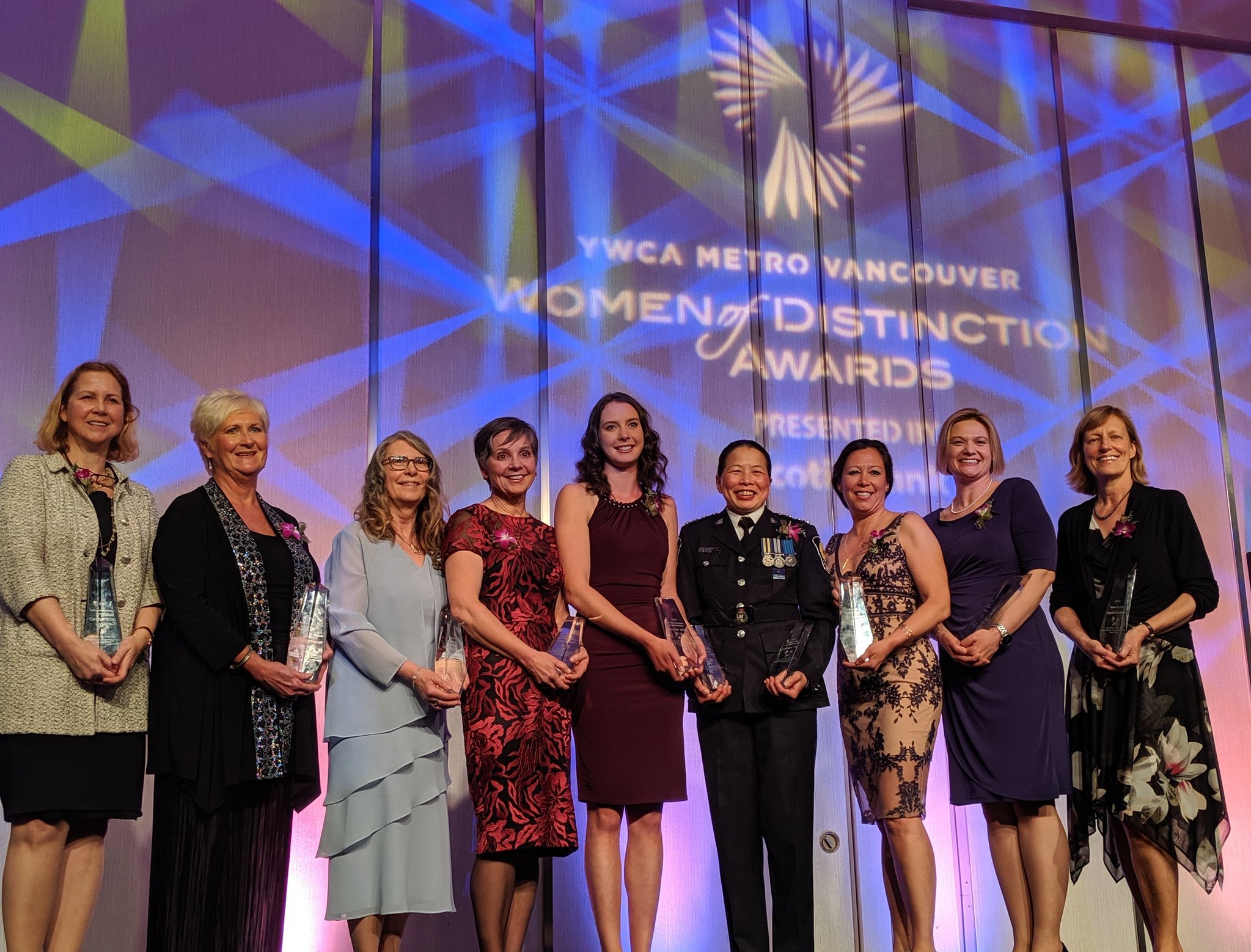 Lifetime achievement in prevention of violence against women

BCIT is delighted to share that Sheila Early, a long-time Forensic Nursing Educator at BCIT, is a recipient of the 2019 YWCA Women of Distinction Award in the Health and Wellness category.

Sheila is recognized for her impressive work as a Forensic Nursing Educator and her unwavering commitment to delivering, promoting, and advocating for healthy lives and communities.

Sheila is one of 66 outstanding women leaders who have been recognized for achievements in improving the well-being of individuals in communities across Metro Vancouver. Congratulations to all award recipients and nominees!

In the 1970s, Sheila noticed a gap in the healthcare system while working as an Emergency Nurse in BC. Emergency rooms in hospitals were not the most welcoming place for assault victims. Women who sought care for sexual violence often had to endure long waits before receiving care.

This gap in the healthcare system led Sheila to open the first sexual assault clinic in BC and to start a Sexual Assault Nurse Examiner (SANE) program for Canada in 1993. This program trained nurses to gather legal forensic evidence while providing supportive, confidential care to sexual violence patients.

Physicians at the time were mostly men. Having a female nurse’s presence in the room provided more confidential comfort to vulnerable patients who were mostly women and to serve as professional support for the physician. This prompted Sheila to transition the responsibility of care for sexual assault victims from physicians to nurses.

Leaving a legacy in forensic nursing

To further share her wealth of knowledge and collaborate with other forensic nurses, Sheila co-founded the Forensic Nurses’ Society of Canada in 2007 and became President of the International Association of Forensic Nurses in 2014, the first non-US citizen in the role. Additionally, Sheila’s leadership and passion has led her to participate in two World Health Organization sessions, and to build out an internationally recognized Forensic Nursing Program at BCIT.

This program started as Canada’s first classroom-delivered specialty certificate program in forensic health sciences but in 2017, Sheila successfully converted it into a Graduate Certificate that ladders into a Masters in Nursing. Sheila also oversaw an expansion of the program to include training for human trafficking, child abuse, and other forms of interpersonal violence.

Though retried, Sheila’s legacy continues to inspire colleagues and students to provide the best possible care to victims of sexual assault.