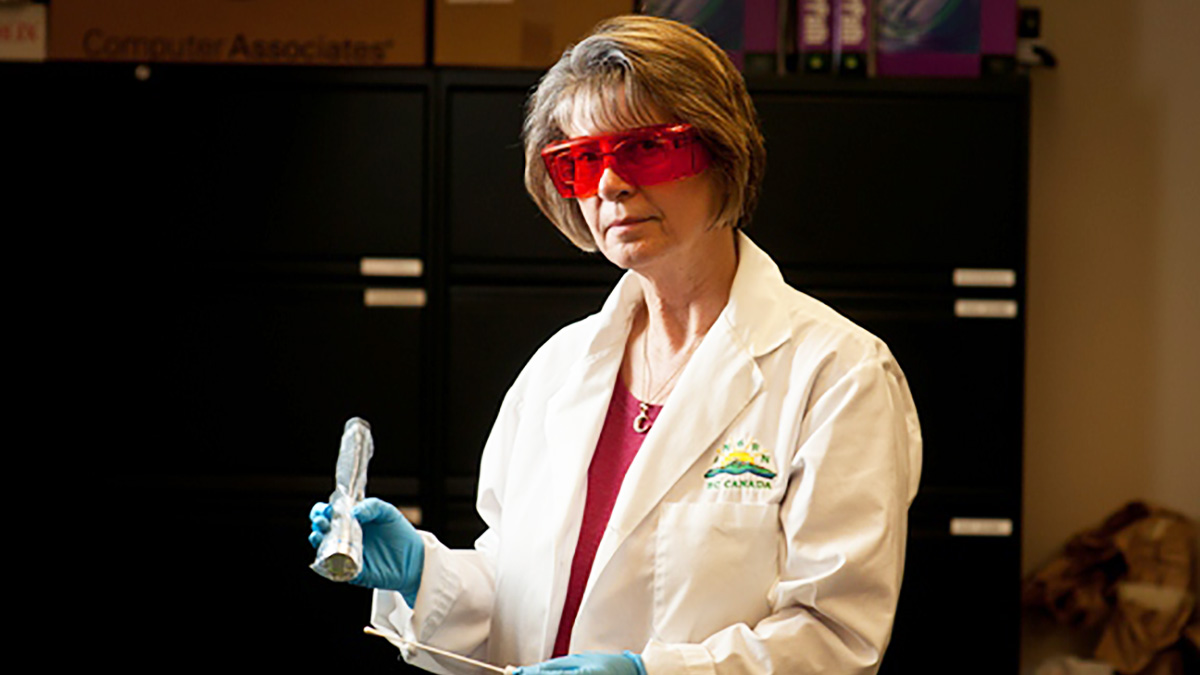 November 7–11 is International Forensic Nursing week—a time to recognize the people who take care of others while they are at their most vulnerable. Forensic nurses help meet the physical, emotional, and legal needs of victims of violence. Critically, they also ensure that forensic evidence is properly collected and will offer to testify in court. These nurses understand the interlinking roles of forensic science, law enforcement, and the justice system.

But forensic nurses do. They’re versed in the provincial and federal laws pertaining to trauma, crime, and violence. They care for both the victims and perpetrators—people who have been involved in sexual assault, child abuse, elder abuse, trauma, violence between adults, and sometimes death.

Forensic nursing is a relatively new field in Canada. In the 1970s, Registered Nurse Sheila Early saw a gap in care. “At the time, ERs weren’t the most welcoming place for assault victims,” she recalls. “Rape victims had to wait their turn.”

She wrestled with how to fill the gap until 1992, when a sexual assault victim’s case gave her an idea.

“We received a complaint about the wait time from the attending police officer,” she recalls. “I realized the care I had provided to patients in 1970s, 80s, early 90s had not changed. I wondered, were we following best practices? I decided to develop a program that didn’t exist in Canada – a sexual assault program for nursing.”

At the time, Sheila was working at Surrey Memorial Hospital. It was there she found supervisors willing to support her idea. Her bosses at the time were a Nurse Manager named Sandi Schenstead and the Director of Nursing, Kathy Kinloch—who is now the President of BCIT.

“Sandi and I worked on a proposal, but we couldn’t get funding from anywhere. Kathy helped. She’s a person who acknowledges a problem and challenges you to come up with a solution. If you present solutions, she’s really supportive.”

With help from women like Kathy, Sheila developed the first forensic nursing course in 1993. She also became the first nurse examiner to work a case in BC, which, she admits, “was pretty scary.”

Before this, caring for assault victims was only ever done by physicians. What would the general public think about a nurse doing something that traditionally only a doctor did?

Word got out, and the number of people asking for help rose quickly. In 1992, Surrey Memorial saw 12 patients following sexually assaults. In 1994, the first year of the program, 79 such patients were seen by nurse examiners.

Over the years, these numbers have grown, as has Sheila’s expertise and confidence. “For example, I now know if something is caused by blunt-force trauma and sharp trauma,” she says.

This matters. “The recognition of injuries leads to better documentation,” she explains, “which then becomes usable by both law enforcement and criminal justice.”

In 2014, Sheila became the first non-US citizen to be elected President of the International Forensic Nursing Association, which serves 3500 forensic nurses in 26 countries. She served for three years.

These days, Sheila is the Program Coordinator for the BCIT Forensic Health Science programs. The programs draws in working nurses from across the province.

Current student Katie Baird  choose forensic nursing because it allows her to combine her passions for medicine and law. “I also had a very close friend who had been the victim of domestic violence and was very let down by the system,” she adds. “By being a forensic nurse, I hope to help those like her.”

Katie van Ameyde, a full-time nurse at Surrey Memorial, studies forensic nursing at BCIT one day a week. “I’ve always been drawn towards working with vulnerable populations,” she says. “I’ve heard that working as a forensic nurse examiner completely changes your life. I probably have no idea what I am getting myself into, but I’m very excited to learn.”

Susan Short, an RN with more than 25 years’ experience, began working as a forensic nursing instructor after taking BCIT’s program in 2003. She’s helping her students prepare for the work ahead. “Our patients have some terrible details to tell us,” she says. “We often help them get started to the road to recovery.”

Katie van Ameyde is grateful for the guidance. “Susan and Sheila have both been very inspiring. Susan shares practical knowledge from her experience as a forensic nurse examiner. Sheila is a forerunner in the field of forensic nursing in Canada. You can’t help but have so much respect for the work she’s done for forensic nursing.”

For her part, Sheila is grateful to BCIT and to BCIT President, Kathy Kinloch—the woman who helped her start BC’s first forensic nursing course more than two decades ago.

“I’m honored that it’s all come full circle from the 1980s to the 2016. I’m working in an atmosphere that is supportive, innovative and challenging. To me, that’s what Kathy brings to BCIT. I think the greatest joy I have is teaching students because I can make a difference in one person’s life with my clinical skills. When you teach, you may well have the opportunity to change many people’s lives.”

Note: The Forensic Nurse Examiner course (FSCT 7840) is open for registration for the January 2017 intake.