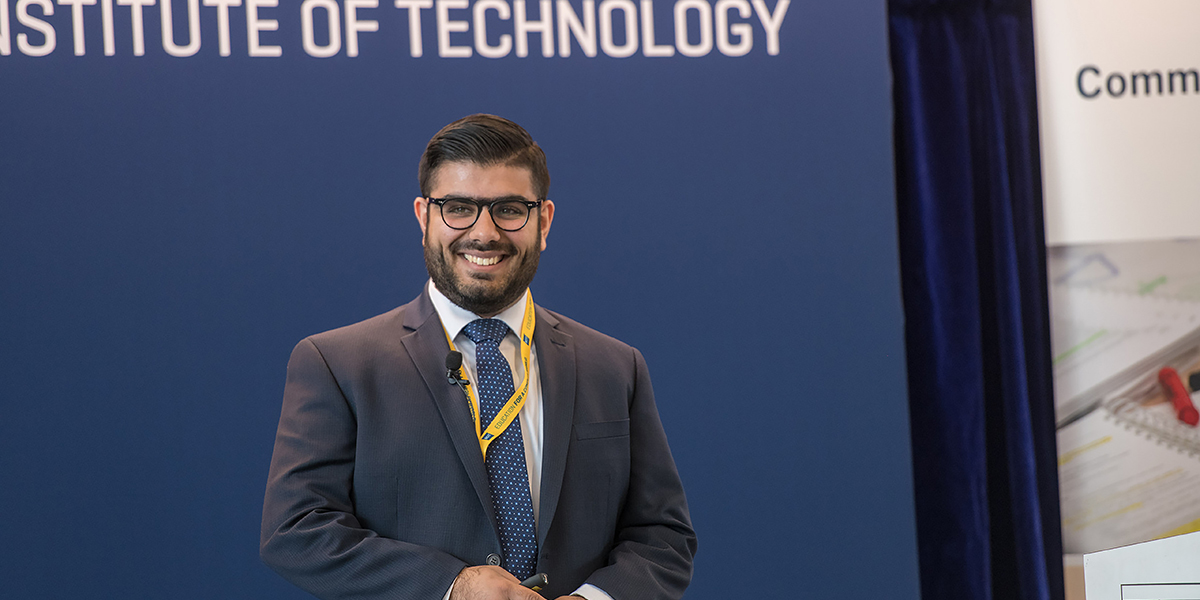 “Growing up, it was hard making friends because as a Bahá’i, you can’t go and tell everyone you’re Bahá’i or you’ll get jailed or thrown out of school,” says Moshtagh, whose family are Bahá’i. “Being super cautious takes your childhood away from you.”

Although Iran is home to one of the world’s largest Bahá’i populations and where the faith originated, people of the Bahá’i faith in that country have been persecuted for more than 35 years. It is this persecution—which includes false imprisonment, torture, execution, and denial of civil rights—that prompted Moshtagh’s father to flee Iran in 2002, with then nine-year-old Moshtagh and his younger brother.

“My dad left Iran with myself and my little brother because he wanted a better life than he had in Iran,” Moshtagh recalls. “So [that meant] leaving that country, leaving everything, selling everything, living off pocket money. That brought us together because we knew the struggles that we were facing and how [we] had to help my dad out.”

They landed in Turkey in 2002, where they lived as refugees before Canada accepted the Mohammadis 17 months later. As new immigrants to Canada, life was not easy. His father worked hard to make ends meet while Moshtagh, who didn’t speak a word of English, struggled to make friends and to understand the subjects being taught in class…that is, except math.

“It was always math for me,” says Moshtagh. “It was the only class that I would always excel in. And once I started learning about design in my classes, I started wondering, ‘How I can use math and a design perspective and mesh them into one?’”

It wasn’t until Moshtagh was in Grade 11, when family friend John Sorenson (a member of the first graduating class of the Civil Engineering program at BCIT) suggested BCIT, that he discovered the career that would answer his question: civil engineering.

Today, Moshtagh is a second-year BCIT Civil Engineering student, having chosen BCIT for its hands-on approach to teaching. He was awarded the Marshall J. Heinekey Civil Engineering Award (one of many awards that BCIT Foundation is able to give to students each year, thanks to generous donors).

“When I got an email that said I was a recipient of the scholarship, I honestly thought it was a mistake,” recalls Moshtagh. “When I found out it was actually real, it made me feel really special and gave me encouragement to keep going.”

He hopes to pay it forward by creating his own award for other BCIT engineering students. “I want to open up a fund for all immigrants—a yearly scholarship for students in engineering…to help them keep going, to take some of the financial burden off them, and to help them not to get discouraged.”

Congratulations, Moshtagh. We can’t wait to see what you accomplish when you graduate this June and become a BCIT alumnus!

Learn more about BCIT’s School of Construction and the Environment and the Civil Engineering programs.