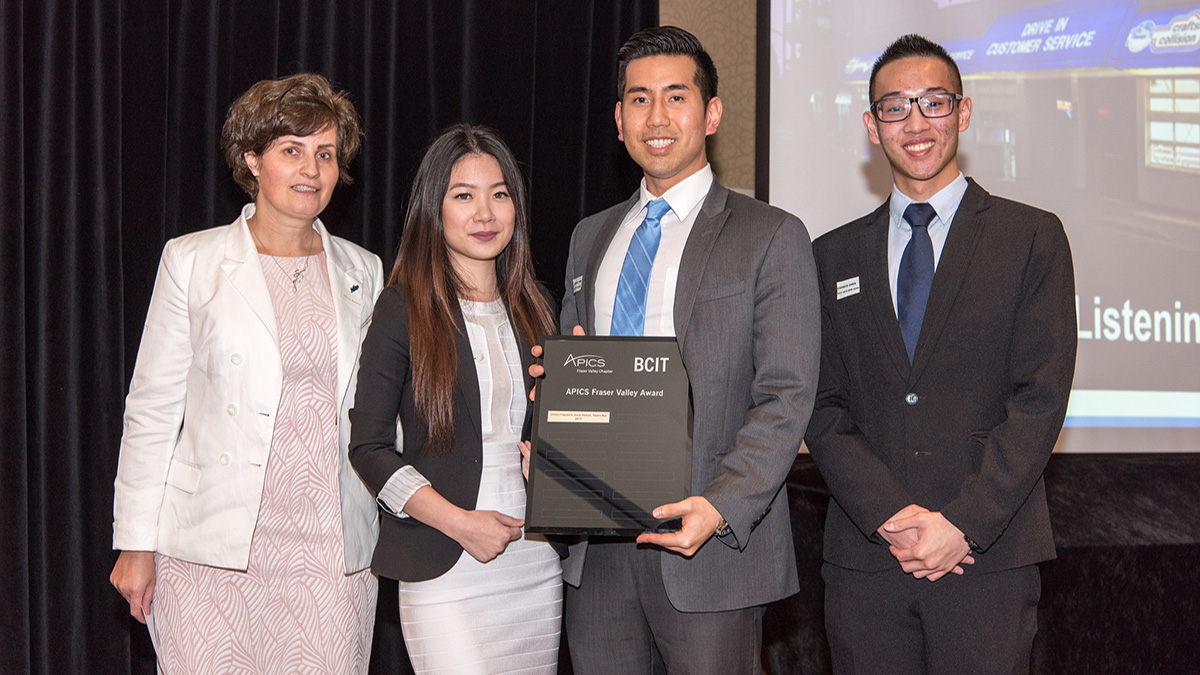 This past spring, three BCIT students completed a term project. They did it so well, they got a $600 prize – and they’re not the only winners. The company they worked with could see revenue increase by a thousand times that amount. 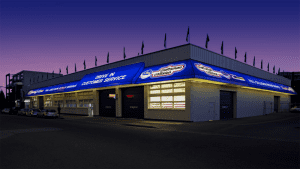 The Business Operations students worked with Craftsman Collision, a 39-year old company with a brand trusted in both Canada and the United States. More than 500 people work for the collision repair business.

This was the students’ first attempt at consulting. They spent four months at the flagship body-shop looking for inefficiencies – not an easy task with such a successful company.

But sometimes a fresh set of eyes can see new opportunities. A benefit of bringing in students is that their only job is to observe and problem-solve, a luxury companies don’t always have as they run the day-to-day operations.

The students made a few recommendations – suggestions that are projected to increase revenue for the detailing company by more than $600,000 a year – and that’s just for one location. Craftsman Collision has 38 stores.

“It was definitely a learning experience,” says student Jodie Lei. “At first, coming into this project, you don’t really know what to do. You’re like, ‘Oh my god.’ But as you go along, you figure things out. Near the end, everything becomes clear.”

Her teammate, Chance Chen, agrees. “Yeah, for someone who does not have a lot of work experience, the first time dealing with an actual company, I learned a lot from talking to people, to the clients. Yeah, I really learned a lot.”

So how did this $100-million a year company partner with three diploma students?

It’s a very BCIT story. Business Operations students are paired up with industry. Over four months, they spend a day a week in a business investigating process inefficiencies. The task may sound dull, but it’s hugely important. Productivity is a massive – and growing – issue for the country.

“Our lack of productivity growth is one of the most significant threats to Canadian’s standard of living,” says Keith Stewart, a Vice-President at ATB Financial.

Stewart says trade barriers, both inter-provincial and international, have decreased productivity. But, he points out, that’s all changing. “A plethora of trade agreements are eliminating historical trade barriers,” he says. That places “a greater emphasis on increasing our productivity through capital investment and innovation.”

David Muncaster, National Manager at Staples Business Advantage Canada, agrees innovation is key. “Every company is working to do more with less,” he says. “The consumer is smarter, does more research before buying, has reduced loyalty to brands and demands more for less. The marketplace will continue to change at a fast pace and we need to keep up.”

“We were essentially just trying to make things better, without changing much,” says student, Mitchell Hong.

The team didn’t get to choose their clients. Craftsman was assigned to them, which was fortunate.

“I have some experience [in that field],” says Mitchell. “Previously, I was actually an apprentice for a bodyman. My experience helped a lot because I understood their pain points, and I could see the interaction of different problems.” He could see the processes and flow in the shop because he’d walked that path. Literally.

Mitchell, Chance and Jodie saw that a few simple changes could speed things up for the repair technicians. Thankfully, the technicians were far from defensive. They wanted the whole process to be more efficient, too.

“They were all really participative,” says Mitchell. “When we first got there, we clearly told them that we were there to benefit them, not us.”

It didn’t hurt that technicians work on commission. The more cars they can fix in a day, the more money they make.

“They were walking a long distance to grab parts,” explains Mitchell. “We decided to set up a parts room close to the body shop, so they could spend less time moving and more time fixing cars.”

Another recommendation was the hiring of an estimator. The current structure has technicians wait for managers to write damage estimates. Even though a new employee is added to the payroll, the whole operation becomes more efficient. In fact, the students say the estimator will increase efficiency by 9.66% — which translates into $460,000 a year, for that one location.

“By adding an estimator, we’re taking duties away from two busy people [the technician and the manager],” explains Jodie.

“It’s a win-win for everyone,” says Mitchell.

“Yeah,” agrees Jodi, “including the customers. They get their car faster. They know exactly how much they’ll have to pay.”

At the end of their three months, the students handed in a report with several suggestions. Craftsman Collision management were impressed.

“That’s the cool part,” says Mitchell. “They accepted our recommendations. They took our advice and modified the system.”

Management weren’t the only people impressed by the students’ work.  The group won the APICS Fraser Valley Chapter Award – a prize that goes to the top student project. They beat out more than twenty other teams.

“It was a great feeling,” says Jodie, smiling.

Craftsman Collision management and owners were at the event to cheer.

“They gave us a lot of compliments,” says Mitchell. “They were saying, ‘If it wasn’t for you guys, we wouldn’t have seen that opportunity.’ They said we were fresh eyes from the outside. That was beautiful.”

(See more photos of that showcase.)

Mitchell and his teammates are proud that they were able to pull off. They say this project made them grateful to be at BCIT.

“I had an experience at a University and it was nothing like BCIT, says Mitchell. “There was no engagement of the human interactions. I was just by myself, reading the textbook. But at BCIT, not only am I able to develop my knowledge, I am also able to develop myself. I developed my personality, became better at dealing with people, better at putting other people first, putting myself second. I learned those things for two years, and then was able to apply them when we were doing our project.”

Jodie Lei says BCIT has improved her work ethic, along with specific skills: “Speaking, presenting, working in teams, all those things are essential to life. I’m so different than I was when I started two years ago.”

Those watching the economy and predicting its future agree.

“The value of BCIT graduates is their ability and capacity to bring practical skills and thought leadership in the area of innovation,” says Keith Stewart.  That “ultimately translates into competitive advantage for organizations and the Canadian economy overall.”

David Muncaster is also a fan of BCIT graduates. “[They] bring … talent, engagement, cost reduction thinking and innovation.  Companies are desperate for employees with these attributes and I think BCIT provides this to the students who are willing to do the work.”

Clearly, this team was willing.

Congratulations to you all.