Do you know what a “Chile en Nogada” is? Maybe you haven’t heard before about this traditional Mexican food since outside the country is not as famous as other dishes like tacos

A “Chile en Nogada” is translated as “Chilies in walnut sauce” and is prepared with a poblano pepper filled with pork or beef picadillo mixed with some fruits the is covered with walnut sauce and pomegranate seeds and parsley on top to cover it. 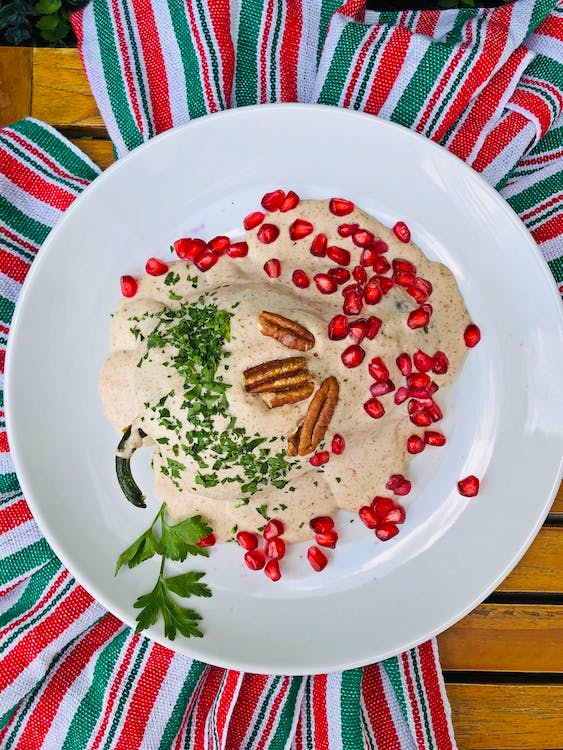 The history of this Chilies is that when Agustin de Iturbide (a Mexican politic and soldier) passed to Puebla from Mexico City with his army in September of 1891 the nuns of the “Santa Monica convent” decided to create an original dish for them using the colors of the Mexican flag which are green, white and red. So, they used the poblano peppers for green, the walnut sauce for white and the pomegranate seeds for red, but after putting the walnut sauce on top of the pepper it covers the green color so they added a few of parsley leaves on top to have some green.

This is a seasonal dish that is only available between July and September every year, the reason that is seasonal is because of the ingredients they use to make it like the poblano pepper, the nuts, the pomegranate and others.

The “Chiles en Nogada” is consider an expensive dish and one chili can be around 25 CAD each in Mexico which is kind of a lot.

So, if you like sweet and salty mixed food this is a dish you will totally enjoy, and you can find it in Vancouver in a restaurant called “Adelitas” which is in 5178 Victoria Drive Vancouver, Bc. And you can get it for only $20.00 dollars, and it includes rice and beans as well.