The Vancouver Whitecaps take on the Seattle Sounders at Centurylink Field on Saturday at 7pm.

Vancouver is ready to get back on track to wining in order to have a chance at a playoff spot. The Whitecaps are three points aways from having a secured spot. The team has not had a great season as they have suffered many injuries. They lost their first 3 games of the season but made a comeback with 3 wins but since lost the last 2. their most recent was a 6-0 loss against LAFC.

With recently receiving veteran goalkeeper Evan Bush on the roster for the first time, this could be a huge help for the Whitecaps.

Head coach, Marc Dos Santos says the team knows this season will only get harder. 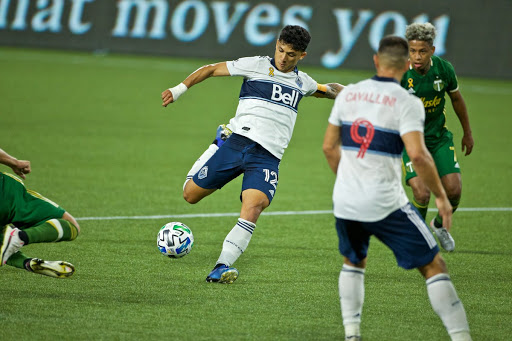 The Whitecaps will have a tough game ahead of them as the Saunders are one of the top teams and have won 3 out of their 4 past games. Vancouver will need to stop Jordan Morris, one of the most powerful players in the league. Another one of the Whitecaps gaols will be to get a few points on the board as they have had none in the past two games.

Dos Santos explained that the Caps took a break and went back to Vancouver during the week but returned to Portland Wednesday ready to practice. The Whitecaps are in Portland right now, in a bubble away from their friends and family.