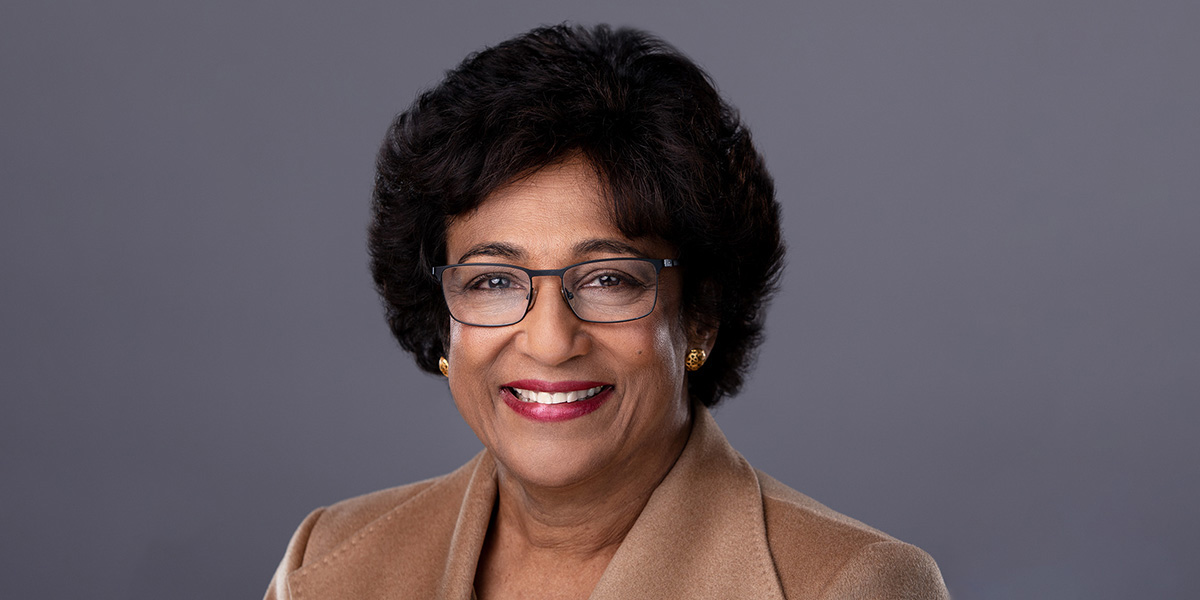 It is easy to focus on all the successes in Dr. Indira V. Samarasekera’s career path. As the former President of the University of Alberta (one of only two women presidents of two of Canada’s largest universities), Vice-President Research at the University of British Columbia, and highly respected metallurgical engineer, she has been internationally lauded for her leadership. Upon closer inspection however, one can see that her path to success has been paved with challenges, and she wouldn’t have it any other way.

“I remember the first set of papers I had prepared with my graduate students,” Dr. Samarasekera, who was a professor seeking tenure at the time, recalls. “It was going to be important for my tenure. My future and career were on the line. But it was rejected by the editorial board and I was devastated. It was very humbling but I had to learn to deal with the criticism and find the courage to keep going.”

Throughout her career as an engineer and former university president, Dr. Samarasekera says she has faced many obstacles like this. And every time, she heeded the advice that she received from one of her mentors years ago—advice that she now passionately shares with all aspiring leaders, especially women: lean into your challenges with courage.

It has served her well. Internationally recognized as one of Canada’s leading metallurgical engineers for her ground-breaking work on process engineering of materials, Dr. Samarasekera has consulted widely for industry globally leading to the implementation of her research discoveries. She is also an Officer of the Order of Canada and a Foreign Associate of the National Academy of Engineering in the United States, and has received several honorary degrees from universities nationally and internationally.

In recognition of her outstanding leadership, BCIT will present Dr. Samarasekera with the Institute’s highest honour: an Honorary Doctorate of Technology.

“This is the first award I’ve received that is a doctorate in technology, which is particularly distinct as my engineering degree is all about technology,” says Dr. Samarasekera. “With all due respect to all the other awards I’ve received, this one is pretty special. What BCIT does very successfully is prepare students to solve real-world problems. They’re employment ready because they’re working on industry problems that exist within our community right now.”

As a woman leader, Dr. Samarasekera says she is focused on inspiring women—who are underrepresented in leadership roles—to put their hat in the ring when opportunities arise, to show their nerve. In fact, it is the namesake of her new book Nerve, which she co-authored with fellow trailblazer, former UBC President Martha Piper.

She offers this advice for women who aspire to lead: “Always lean in to stretch opportunities. Women are often waiting for a position or opportunity that they think they have the capability of doing fully. They don’t want the discomfort of jumping in to something that may be risky or different. To do things differently, don’t follow what other people have done. Do things your way so that you stand out because you bring something unique and valuable to the table.”

BCIT is proud to recognize Dr. Samarasekera with the Honorary Doctorate of Technology at the 2022 Spring Convocation ceremonies in June.