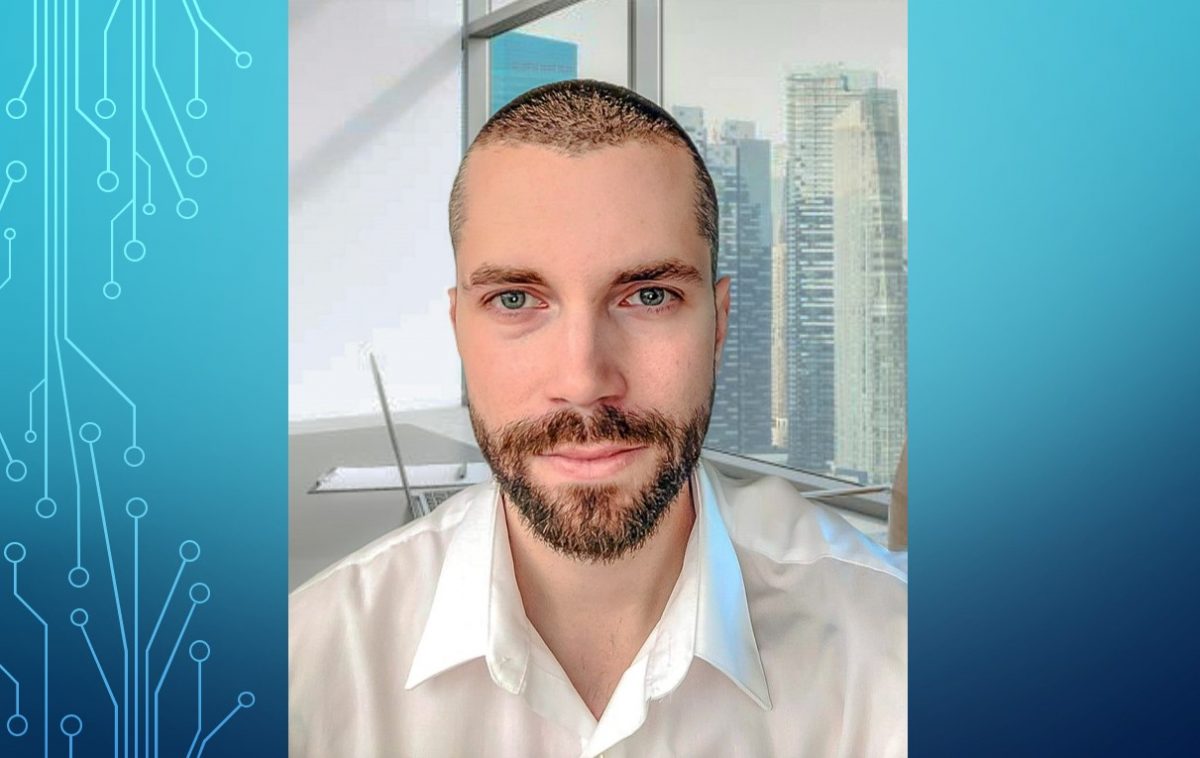 “I’ve loved computers and technology all my life, I can’t remember a time when I haven’t been heavily involved with them, though they were largely kept as a hobby,” explains James Black, graduating this spring with his Bachelor of Technology – Forensic Investigation, Digital Forensics and Cybersecurity Option.

James took some time before finding his way to BCIT, first working in trucking and transportation.

Choosing an IT path

“Getting into the IT field can be overwhelming, there are so many paths to choose and technologies to learn,” says James. But he was drawn to the security field, having been inspired by tales of defeating hackers in his early teens.

“I always loved, and still love, the idea of having an adversarial aspect to the work I am involved with: having to outwit opponents, in a capture-the-flag kind of way.”

In his late 20s, James decided it was time to focus and pursue the IT career that called to him. “When I came across the Digital Forensics program at BCIT, I knew this was what I wanted to pursue.” Pursue it he did, over two BCIT programs, and landing a job before graduating with his Bachelor of Technology.

“BCIT has given me an excellent foundation.” – James Black, BCIT Forensics graduate

Infrastructure security: The focus of the future

James is taking a role as Openstack Infrastructure Engineer, working with a team to collaborate the building and deployment of a cloud environment for customers. “I am excited for this role because I will get to use so many of the skills I’ve acquired,” says James.

“I love automation, and I love security even more. Getting to help build a cloud environment from the ground up, while applying security practices as it comes together, is a dream come true.”

Across society, James sees a need for focus on securing infrastructure, as well as redefining what qualifies as infrastructure: for instance, including new frontiers like Autonomous Vehicles. “I also expect to see better security training of employees across organizations, and more proactive security patching being worked into business continuity plans,” predicts James. “Security is a team effort, awareness is everyone’s job.”

“BCIT will give you a wonderful set of foundational skills to start your career off, but you need to apply them daily,” advises James. “The tech world isn’t a ‘use it once and say you’ve done it’ kind of place.”

James points to his own habit of practicing what he learned daily. He highly recommends creating a homelab, even if it’s just a few containers on a laptop. “Run your homelab like a business: it’s not just the setup, it’s making consistent additions, updating software, and repairing it when it breaks,” he advises. “Also, take tons of notes and keep a thorough record of everything you do and fix, with lots of screenshots!”

Lastly, James urges students not to sell themselves short, with hard work and practice they can achieve great things. “And remember, with tech, of course look to the future, but be sure to also learn from the growing pains of the past.”