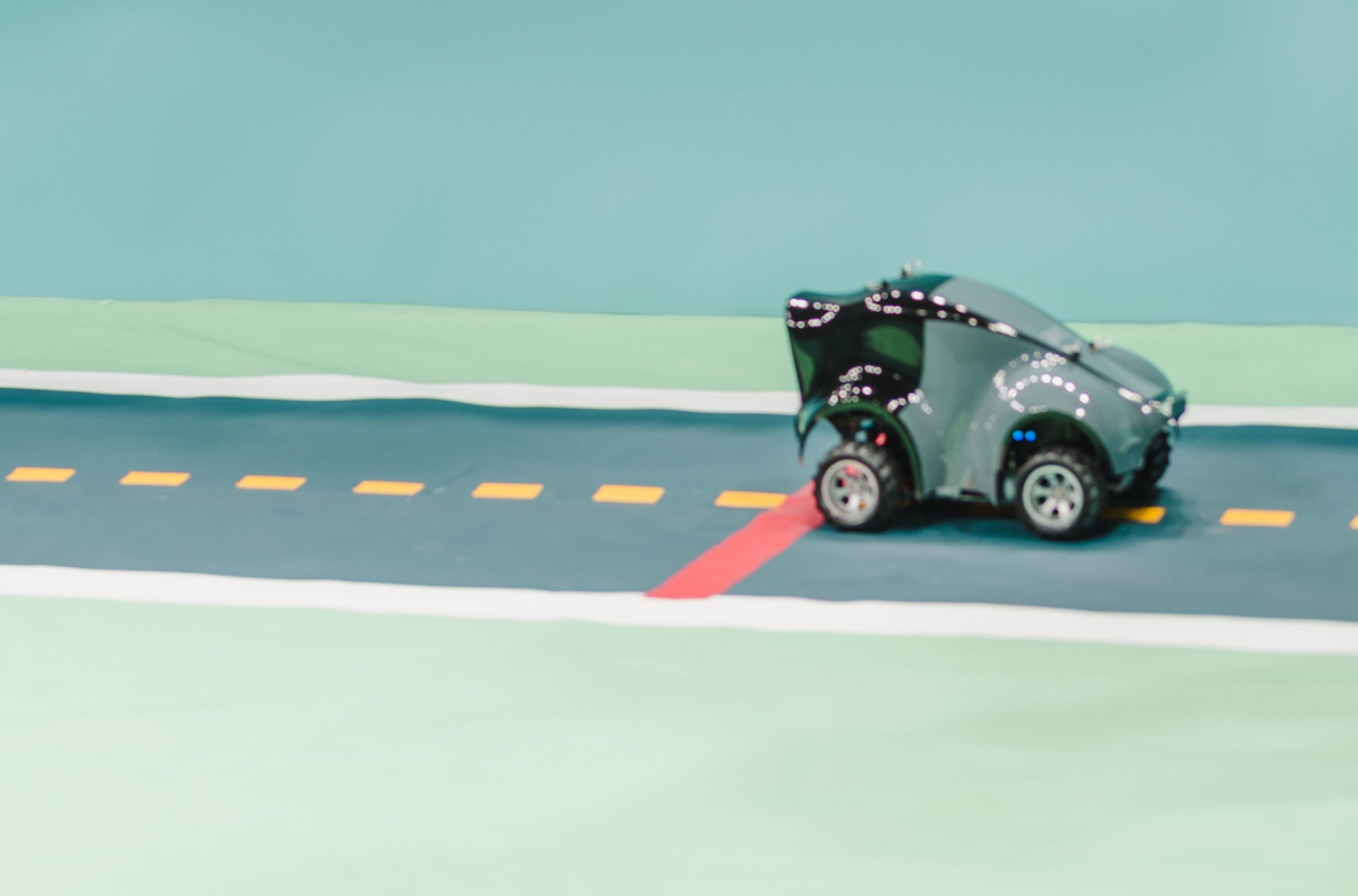 Princeton Dychinco just returned from competing nationally at the Amazon Web Services (AWS) DeepRacer WildCard Race in Ottawa. We checked in to learn more about his experience at the event, and in his Computer Systems Technology (CST) Diploma program.

After completing a degree in Psychology from Simon Fraser University, Princeton found himself working in tech retail before deciding to start his BCIT program.

Is coding for me?

“I always had a passion for technology, and enjoy creating something – from an idea to reality,” says Princeton. But though he had taken a couple of computer science courses before, he wasn’t sure if he had the patience for computer programming.

But he found by just getting started, it’s a fit. He enjoys working on puzzles, and critically thinking his way to creative solutions, and these show through his code.

“The thing that excites me most about careers is the growth and versatility of tech,” he explains. “There can always be more ways to automate a task or make a workflow more efficient.”

Stepping up to opportunity

AWS DeepRacer appealed to Princeton because it offered an opportunity to learn more about Artificial Intelligence and Machine Learning (AI/ML) and apply his skills, all while engrossed in a tiny car race.

The leadup to the national event included hours of coding and training his model – where the machine “learns” what actions are more likely to be successful to reduce its time on the track. Princeton was invited to compete in Ottawa because of his regional performance time.

He felt the event went very well, and enjoyed connecting with students from across Canada. “I learned a lot from having my code run on physical machines, and thought it was very cool to be able to see how the car continually learns in a physical space.” He was even interviewed by CTV. In the end he placed 9 of 13 entries, “Not too bad considering I just finished my first semester!”

While he’s only completed his first term, the skills he’s learned so far helped him in the competition.

“CST helped prepare me for the race by giving me the confidence to be able to think critically and explore topics that I am not as familiar with,” says Princeton. “The skill of being able to dive into code and understand how each line relates to another was invaluable for the event.”

Princeton encourages other students to engage and apply for events and competitions.

“Every chance you have to participate in an event or competition is already a learning experience in itself,” according to Princeton. “If I didn’t take the opportunity to try competing, I never would never have had this one-of-a-kind experience.”

Sign up for BCIT Computing’s quarterly Tech It Out and keep up with the latest.