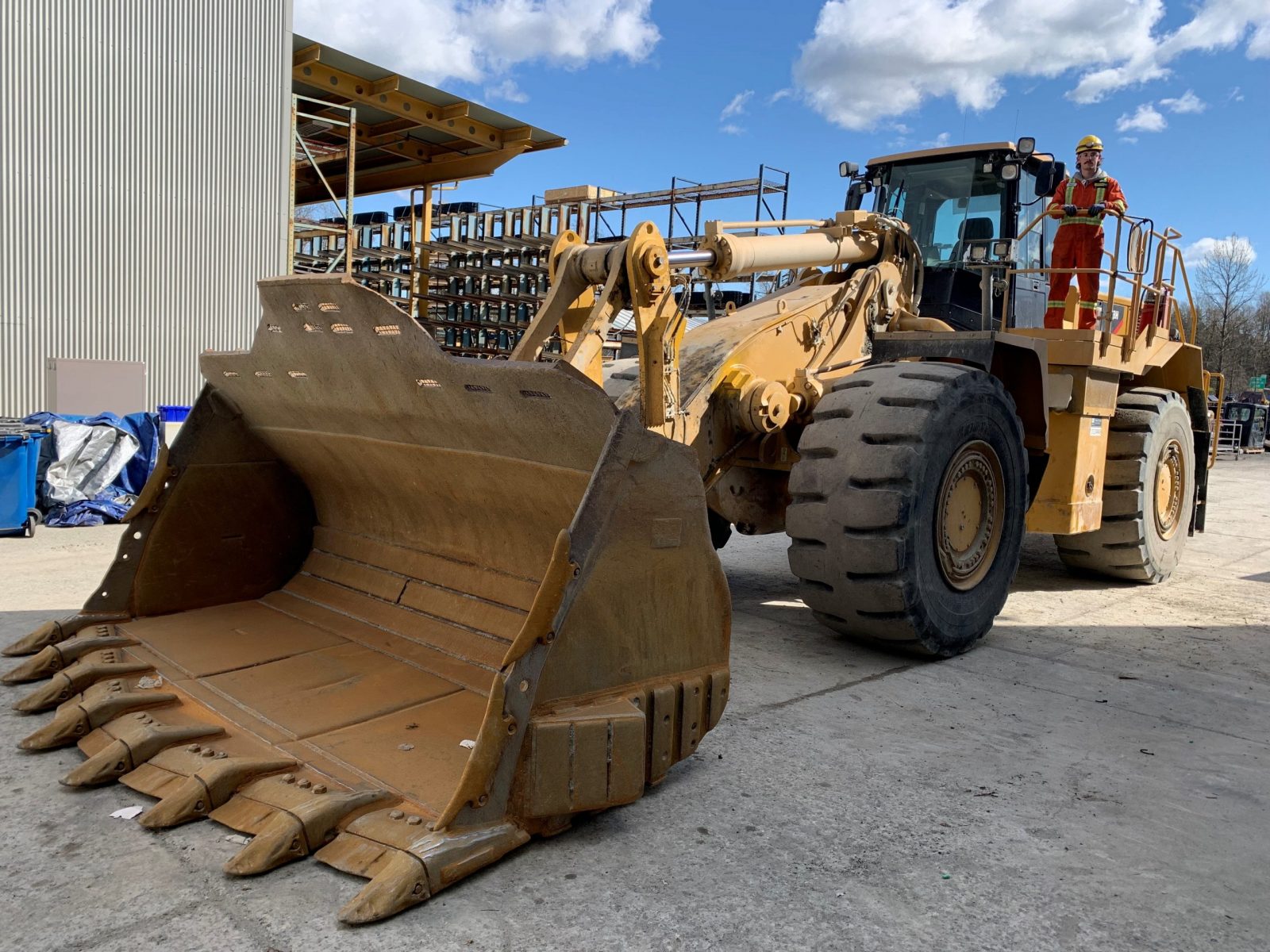 Tamara Pongracz, Department Head, BCIT Trades Access, encourages her students to send out handwritten thank-you cards by post, a sure way to stand out in the digital age of emails and online messaging.

So when the Trades Discovery instructor found herself on the receiving end of one such dispatch, she was more than a little impressed — and moved.

“I feel like I’m good for another year,” says Tamara. “There was the ‘happy crying’ at the mail room.”

It wasn’t just the heartfelt words penned on the page by one of her recent students either, it was the addition of a handful of little extras tucked within the envelope: a sticker from a hard-earned job placement, a note of gratitude from the student’s mom, and an old photograph of special significance.

In the photo, a smiling toddler is pictured inside the cab of a huge Caterpillar excavator and on it, a sticky note reads:

“Tamara, this is a photo of Riley at Finning in Port Kells when he was 2. He was obsessed with ‘diggers.’ Thanks for all you have done to make his dreams come true.”

Because now Riley Phillips — a recent BCIT Trades Discovery program alumnus — is employed at the same Finning location in Surrey, working alongside the very-same type of machinery he so appreciated as a child.

“It’s a funny coincidence how that whole thing happened,” shares Riley, of the photo and connection to his present-day job. “My mom remembered after I was hired actually.”

And while he doesn’t actually remember posing for the photo all those years ago, he says, he did feel it might be of interest to Tamara.

An instructor who went above and beyond to make an impact

She went above and beyond to help him secure a work placement at BC Hydro during his training at BCIT, and then again when he applied for the position at Finning.

“I thought she’d really enjoy a handwritten letter, with the photo and sticker just because she helped me out so much while I was there,” shares Riley. “Tamara just helped me out with so many things. She put in extra effort to go the extra step to help me succeed.”

As for Tamara, she has the letter and photograph pinned up on her corkboard inside her office at BCIT where she works as Department Head for the Trades Access department, which includes the Trades Discovery General and Trades Discovery for Women programs.

It is alongside other important mementos, including a photo of herself as a small child wearing a hardhat snapped during a visit to see her father — who was studying at the same Burnaby BCIT campus where Tamara now teaches.

When she saw the photo of Riley, she recognized her own similar experience as a child growing up with an early interest in trades.

Nowadays, the well-loved instructor — who also trained as a welder and a plumber — works to expand, promote and transform trades education at BCIT.

And she particularly enjoys sharing the Trades Discovery program with students.

Over four months of full-time study, the broad-reaching program allows students of all levels and backgrounds to explore about 15 different trades disciplines.

These include things like lay out and fabrication, general piping, framing, welding, wiring and working on mechanical systems in automobiles, aircraft, and heavy equipment. It also offers real-world training through two weeks of unpaid work experience, partnering education with industry and the community.

“Trades Discovery helps students find their trades career match, but more importantly it empowers them to be able navigate the complexities of the labour market and be positive contributors to industry,” Tamara reflects.

“Along with trades skills the students have sessions that help them to be positive contributors to the skilled trades workforce.”

This means students learn about key topics like cultivating good on-the-job communication skills, as well as sessions on subjects like gender and cultural diversity, says Tamara, as well as learning to “be more than a bystander” and recognizing things like unconscious bias.

“We make sure we’re preparing students with all the necessary skills to be resilient contributing members of our trades workforce,” emphasizes Tamara. “Exploration enables students to discover their abilities, talents, interests, values and preferences.”

The program’s broad format appealed greatly to Riley, who liked the opportunity to do hands-on training, cover new topics, and learn many different skills.

“I really enjoyed it,” says Riley, who eventually plans to complete his Red Seal and work as a field mechanic.

(Caption for featured photo: BCIT Trades Discovery alumnus Riley Phillips is employed at Finning, working alongside the very-same type of machinery he so appreciated as a child.)

(This story is written by Chantal Eustance.)

2 thoughts on “BCIT Trades Discovery instructor: The value of a handwritten note”