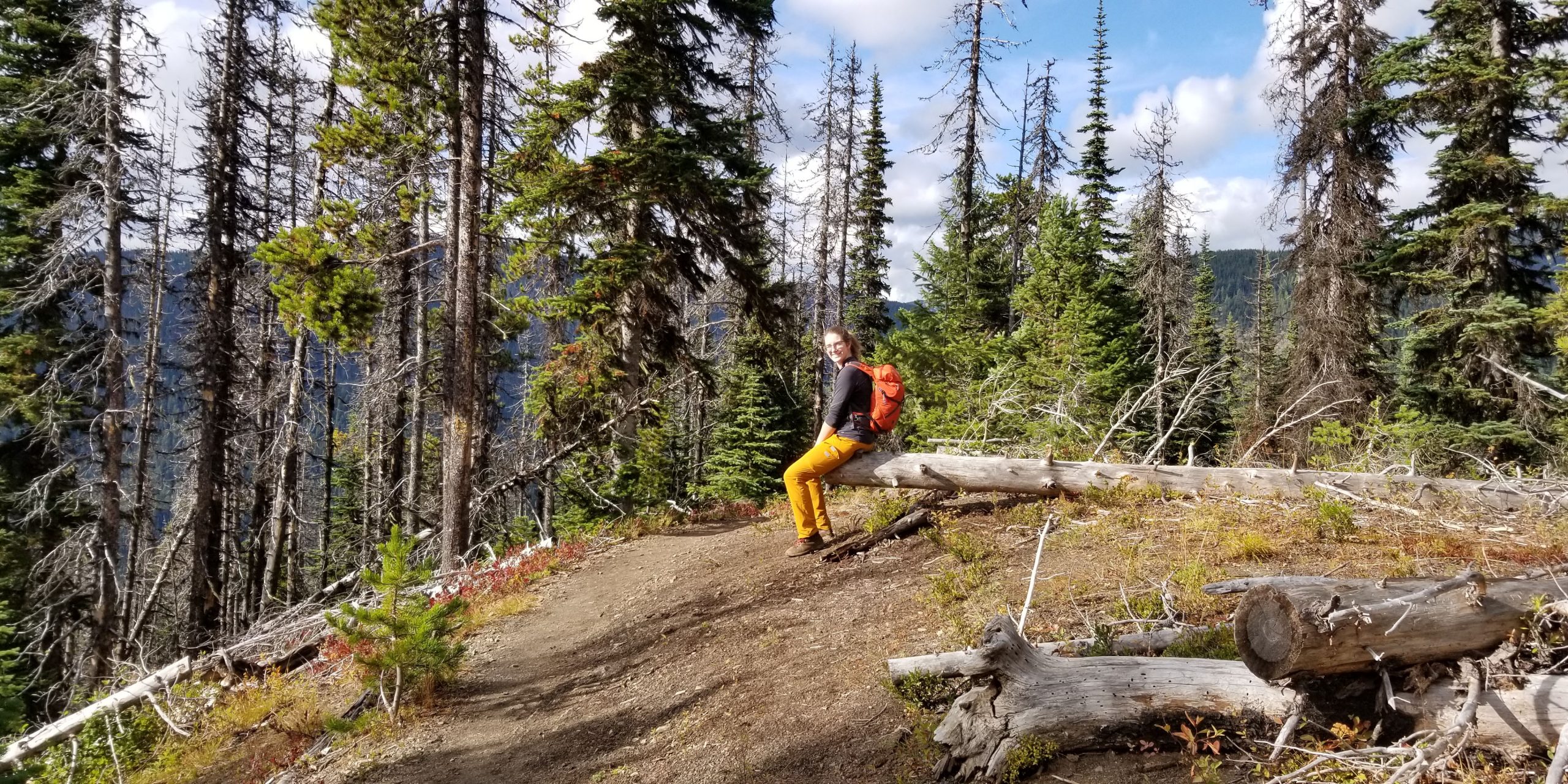 Holly Marr knew from a young age that she wanted to play with rocks.

“My parents had to stop me from smashing rocks together on the playground because I wanted to see the shiny bits on the inside,” she laughs. It might have come in a roundabout way, but when Holly found her way to the Mining and Mineral Resource Engineering program at BCIT, she knew she was in the right place.

“It had been on my radar right after high school,” Holly explains. “I was also considering geology, but it didn’t sound employable enough to me. The mining programs I looked at seemed so specific, I was afraid to jump in with both feet right away.”

A few years later, after attending a broader science-based program at another Vancouver-area post-secondary, Holly decided to take a gap year to sort out her plans. While she always enjoyed learning about rock formations and various forms of geology, it was actually her job at a rock-climbing gym during her gap year that set her on the path toward BCIT.

Paving a new path as a woman in mining

“I’ve always loved rock-climbing, and then it turned out a lot of my colleagues and even the patrons at the gym were either geologists, geological engineers, or mining engineers,” Holly explains. “It sounded like a really cool career path that combined the parts of science and physics that I was originally interested in, with the opportunity for field work and hands-on, applicable learning, which sounded amazing to me,” Holly explains.

After doing some research, Holly found the Mining and Mineral Resource Engineering (Bachelor of Engineering) program at BCIT, which she selected because of the opportunity for experiential learning, increased employability, and smaller class sizes.

“It’s been great. It’s a busy, busy program,” Holly says. “I experienced a very different post-secondary elsewhere before coming to BCIT, and so I really appreciate how practical a BCIT education is. It’s extremely relevant and I feel like the instructors really care that I’m learning what they’re teaching me.”

Now, before finishing her final year of the program, Holly is working as a co-op student at SRK Consulting, a mining and exploration consultancy firm in downtown Vancouver. She says her BCIT education has been a major benefit to her in the workplace in that she feels extremely prepared: “We’re exposed to such a broad range of topics, and with the courses being very specific already, I feel like I can talk to people at work about almost anything. Whether it’s blasting, or about mineral deposits, why they’re there and how they’re formed, and then being able to use specific software and feel comfortable doing that.”

As a woman working in a traditionally male-dominated field, Holly finds inspiration from other women on site. While Holly says she hasn’t seen too many females at executive levels just yet, she hopes that by the time she’s in a position to be on a board of directors there will be more equality.

An award to bring balance and help make a difference

As for her career in Mining, Holly has big plans, including leaving the earth a better place than she found it: “I want to be able to leave a lasting impression on either mineral extraction itself or on how we utilize new technologies in decommissioning and reclaiming mine sites that are more efficient and less negatively impactful on the environment.”

Her advice to those seeking a career in Mining and Mineral Exploration? “Don’t be daunted by how specific the courses are,” she says. “Go to Big Info and talk to the people you’ll be learning from. Ask questions, and if you’re interested, just do it!”

“I was able to talk with the managers of his estate during the awards dinner, who were his neighbours,” Holly recalls. “They were lovely and he sounded like an incredible person.”