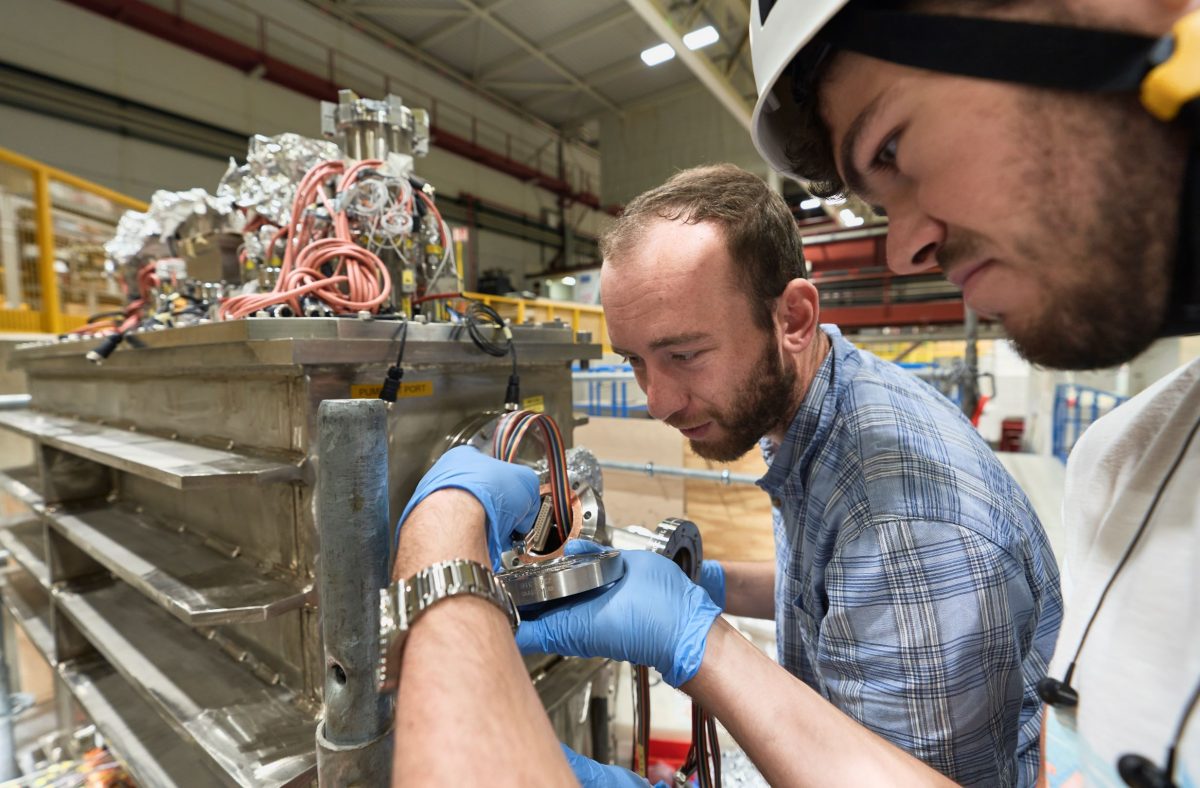 It’s not often you get to be on a team whose work makes the cover of Nature, but BCIT Physics faculty member Dr. Alexander Khramov had just that honour last month.

Alex is a member of the Antihydrogen Laser Physics Apparatus – ALPHA – scientific collaboration, which studies antimatter. The group has developed an antimatter cooling laser, which offers an improvement on the technology used to study antimatter. They use this laser to compare antimatter to regular matter.

“Lasers are fascinating, both how they work and what they can achieve,” explains Alex about what initially drew him to work with lasers, “from the grocery store checkout laser, to LIDAR for measuring distance, to the laser cooling here. I really enjoy working with laser technology, and optics more generally.”

The team of 58 researchers is made up of scientists from all over the world from many institutions. “It’s a chance to learn from people with very diverse areas of expertise, and see some really state of the art technology at work,” says Alex. The experiment is run at CERN, the European Organization for Nuclear Research. A large portion of the team works from TRIUMF, Canada’s particle accelerator centre, located near UBC.

Alex points out that BCIT staff collaborate on several projects with TRIUMF. “We’re using these cutting edge technologies to help further research in physics and medicine.”

Students in BCIT’s Chemical and Environmental Technology (CENV) and Occupational Health and Safety (OCHS) programs get to see Alex in his other role as instructor. Through the BCIT cohort model, Alex teaches physics tailored specifically to applications relevant to these careers.

He’s enthusiastic about the field his CENV students will be entering. “As a physicist, I am extremely excited about the new clean energy technologies that are being developed and gaining a wider foothold,” he explains. “I think it’s important for students to link what they’re learning in physics to, for instance, new battery technologies that are making electric vehicles more practical.”

In OCHS he points out that the pandemic has heightened awareness of the importance of workplace safety, and potential biological and medical hazards. “At the same time, we can’t neglect physical hazards, such as those faced by nuclear workers,” he emphasizes. “That was paramount for ALPHA’s research.”

The ALPHA collaboration continues its investigation of antimatter, and has turned its sights to figuring out how gravity works with antimatter. “If we can solve the longstanding scientific mysteries around antimatter, it will only open up other mysteries to unravel.”