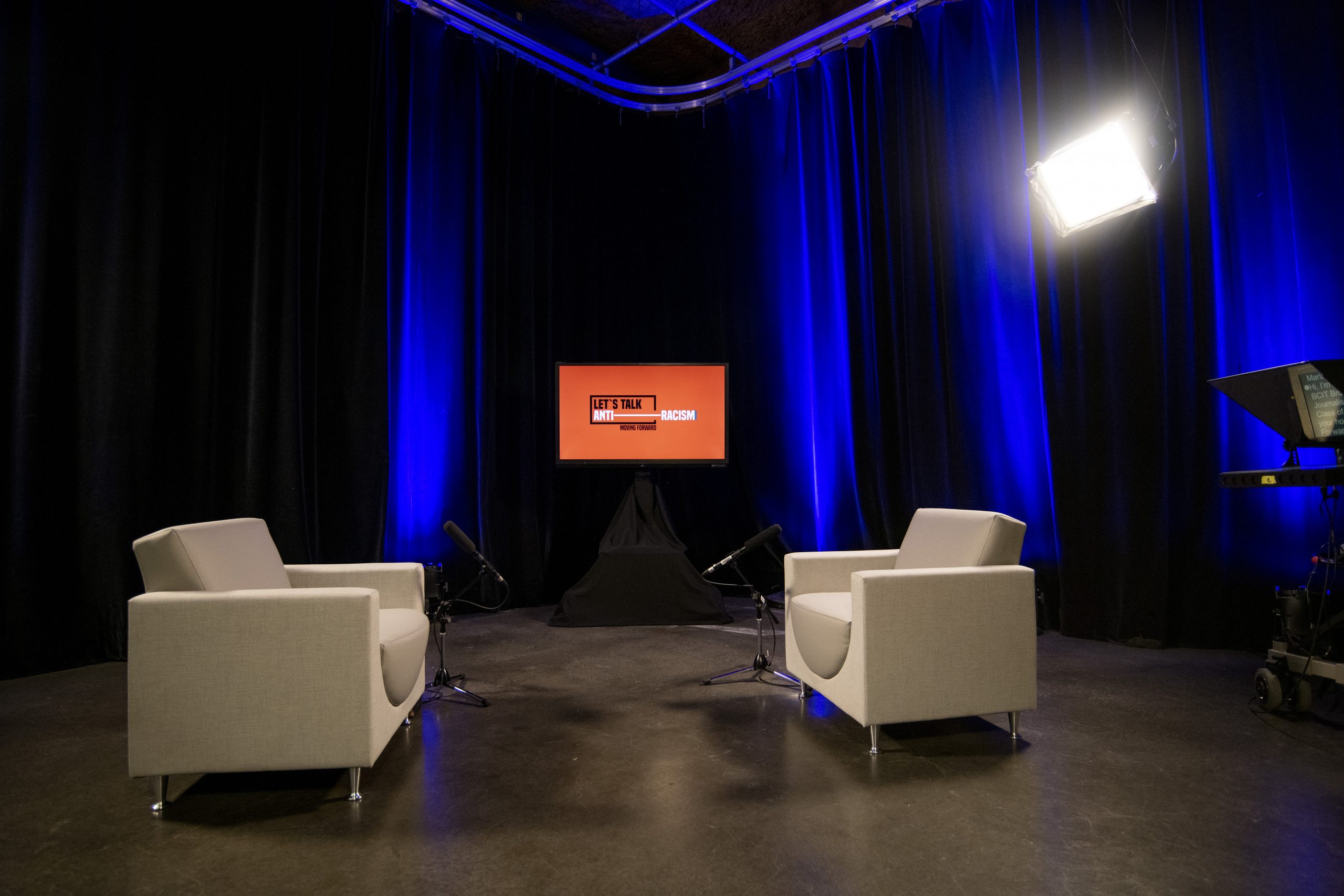 Education, awareness, and dialogue are critical to bringing about change. BCIT — in collaboration with Judy Phipps, BCGEU Support Staff, the BCIT Alumni Association, Broadcast and Media Communications department, Diversity Circles, the Respect, Diversity, and Inclusion Office (RDI) — invites you to participate in Moving Forward – Let’s talk Anti-Racism, a discussion with two high-profile BCIT alumni speaking on anti-racism through the lens of their lived experiences.

BCIT’s Judy Phipps: Empowering people to be agents of change

Judy Phipps, BCGEU Support Staff member and Shop Steward who works in the BCIT Broadcast and Media Communications department and SITE Centre, has found her calling; her motivation behind it, however, came from feelings she has dealt with her entire life.

She is the driving force behind Moving Forward: Let’s Talk Anti-Racism (Moving Forward), a dialogue in which BCIT alumni Orene Askew and Bhupinder Hundal share their lived experiences — to raise awareness and spark positive change.

As a member of the BCGEU Roundtable for Workers of Colour, Judy is well aware of the tall task at hand and, while she doesn’t expect a seismic shift overnight, she notes conversations are key in the fight against racism towards Indigenous, Black, and People of Colour (IBPOC).

“I don’t know if I can fix it, but I can create conversation and get people talking. I love to communicate and I love to have conservations with everybody,” says Judy.

How it all began

The idea for Moving Forward was initially implanted in Judy’s mind after she wrote a piece in the BCIT Respect, Diversity, and Inclusion Office newsletter, following the murder of George Floyd in the US last year.

“I want to focus on moving forward. I want our future generations of human beings to not experience oppression as I have, or the world as we have known it to be. Is that possible? I don’t know, but I can tell you what I want to do moving forward.,” says Judy. “That’s what I wrote about then, and so ‘moving forward’ always stuck in my head.”

At that time, she was asked to sit on the BCIT Anti-Racism Working Group — which is an initiative of President Kathy Kinloch, overseen by the RDI Office — last summer and fall, to better address racism in the BCIT community.

“Many people from all over the Institute came together to create change,” says Judy.

She says her true inspiration for the project, however, was formed very early on.

“As a youth, we used to sit around the kitchen table and have some serious conversations,” recalls Judy.

Hear from BCIT alumni on their lived experiences

Judy’s vision for Moving Forward is centered on the two BCIT alumni and their personal stories which, she believes, are integral to the ongoing anti-racism education process.

She also highlights the importance of this dialogue to the BCIT community in particular, seeing as how both speakers were once BCIT students themselves.

“These are people that came to BCIT. They are our alumni, and they’re speaking about their lived experience, and that’s an incredible gift to BCIT for them to do that,” says Judy.

Judy may have been the impetus behind Moving Forward, but she makes it perfectly clear that she did not, and could not, accomplish it alone.

“It’s not just me,” says Judy. “There’s a whole lot of people involved that helped bring the idea that I had to fruition, and that’s been the biggest gift of all really.”

She points out that in addition to the RDI Office, the Broadcast and Media Communications department, Diversity Circles, and the BCIT Alumni Association are collaborators on Moving Forward. Continuing the conversation on anti-racism as education, awareness, and dialogue are critical to bringing about change.

Although Moving Forward is a significant event in itself, it’s the beginning of a longer process.

“I think we should continue to do it because we’ve just started the conversation. There’s lots to talk about,” says Judy.

To that end, she is helping to create a follow-up session for the BCIT community called Diversity Circles Anti-Racism Dialogue on March 24, which will examine the Moving Forward: Let’s Talk Anti-Racism interviews.

Judy hopes these types of conversations will contribute to a better understanding of different cultures going forward.