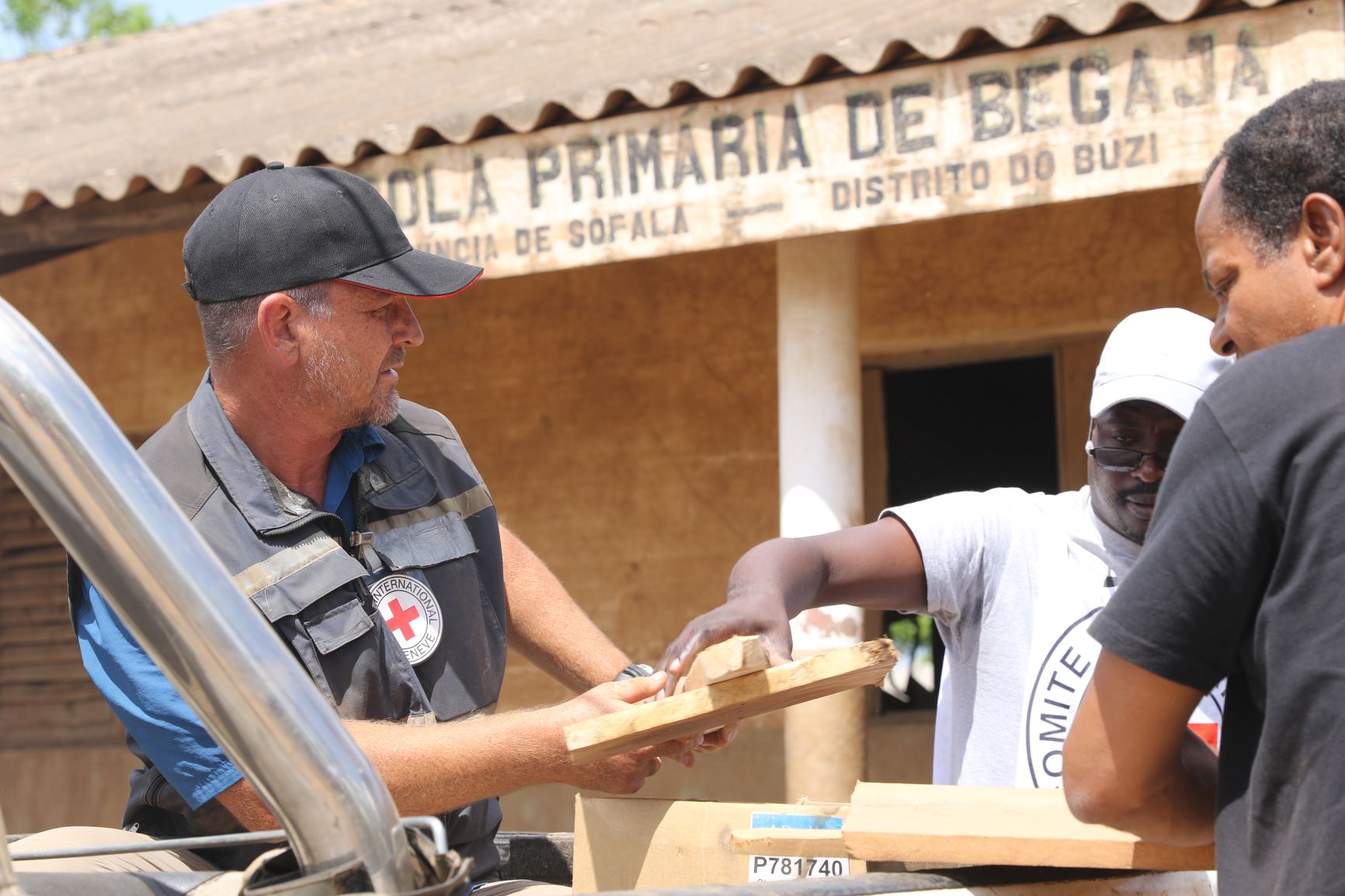 Cyclone Idai tore through Magaro in Mozambique a year ago, forcing the Lucite River to break its banks. Villagers, animals, and crops were swallowed up in a tsunami of mud, water, and brush, as high as trees in some areas, and swept kilometres downriver. The devastation stretched from Mozambique into neighbouring Zimbabwe and Malawi, claiming 1,300 lives and decimating whole farming communities.

As the regional forensic manager for Africa with the International Committee of the Red Cross (ICRC), Stephen Fonseca was the only foreign body-recovery agent sent to assist communities in the rural areas hardest hit by the cyclone.

While other aid organizations tended to survivors, the BCIT Forensic Science and Technology alum knew the best way he could help the living was to start with their dead.

No time to lose

“My job was to bring some dignity to how the deceased were managed at a time when governments had other priorities,” he says on the phone from Pretoria, where he and his wife, BCIT Marketing Management grad Jennifer Fonseca (née Egan), moved in 2015.

“In a crisis, people are focused on surviving. Once they get settled and get food, they start to think about the missing. They want to find their babies, their mom or dad, and it becomes agonizing for them.”

Without the aid of technology, Stephen relied on smell and basic investigative techniques like following animal tracks and talking to residents to search for those who had perished.

He had to locate the deceased, not only before their remains were disturbed by feral pigs and dogs, but also because villagers—overwhelmed by these visceral reminders of their waking tragedy—were burying the dead wherever and whenever they found them, often unidentified.

His job is about the living

Stephen’s passion for forensics and the adrenaline that comes from investigative work has taken him to Japan after the tsunami, Lebanon at the start of the Syrian conflict, and now back to his native South Africa for his role with the ICRC. Before that, he was a coroner with the BC Coroners Service (his team identified many of the “floating feet” that had washed up in running shoes along the BC coast.)

More importantly, Stephen established the Service’s award-winning Identification and Disaster Response Unit, now managed by his former partner and “ultimate mentor and friend,” Dr. Bill Inskter. Notable for its store of thousands of pieces of information from unidentified remains and families of the missing, the Unit oversees the first DNA database in BC ever created for a coroner’s service.

The man behind the creation of the DNA database was none other than Stephen’s former forensics professor at BCIT, Dr. Dean Hildebrand, now dean of the School of Computing and Academic Studies (which oversees the Forensic Science and Technology program).

“Dean was hugely instrumental in shaping what I wanted the Identification Unit to become,” says Stephen. The alumnus has only good things to say about the forensics program under his former mentor’s lead. “It had everything to do with what I was doing as a coroner—major crime investigations, forensic photography, understanding different specialties like pathology. It was a very well-constructed program.”

Technical skills aside, there is one aptitude the forensic analyst says is critical for anyone looking to thrive in this line of work: compassion (a quality amplified in both his mentors).

“Liaising with families gives me tremendous purpose,” he says, adding that he is still in contact with some of the families he has helped.

Most families look to him to guide them through months- or sometimes years-long investigations—to be with them when they’re upset or angry, to give them hope and show empathy.

For his service to his fellow citizens, Stephen was awarded the Queen’s Diamond Jubilee Medal in 2013.

The woman in the corn stalks

Stephen is the first to admit that having empathy can make the job more challenging. Back in Magaro, he was attempting to reach the body of a woman caught in a thatch of corn stalks on a patch of land still deluged by floodwaters—when her family showed up.

As he made his way in a shaky skiff across the 40 metres of water, he was keenly aware there were crocodiles in the area and that the eyes of the family were on him. “I held the woman’s hand in the water, which was starting to deglove,” he recalls. “And tried to be as respectful as I could as I pulled her back to shore.”

Now that Stephen has a young son of his own, his heart goes out even more to the families of the missing and the dead. “Whatever lengths the families are prepared to go to, to find their missing, I have to go to.”

He finds the resilience of African families particularly remarkable. “In Africa, much of the work comes as a result of conflict. But the families will smile and make you feel welcome despite [all] they’re going through.” Moments like these, he says, are his reward.

Learn more about the School of Computing and Academic Studies and the Forensic Science and Technology program.