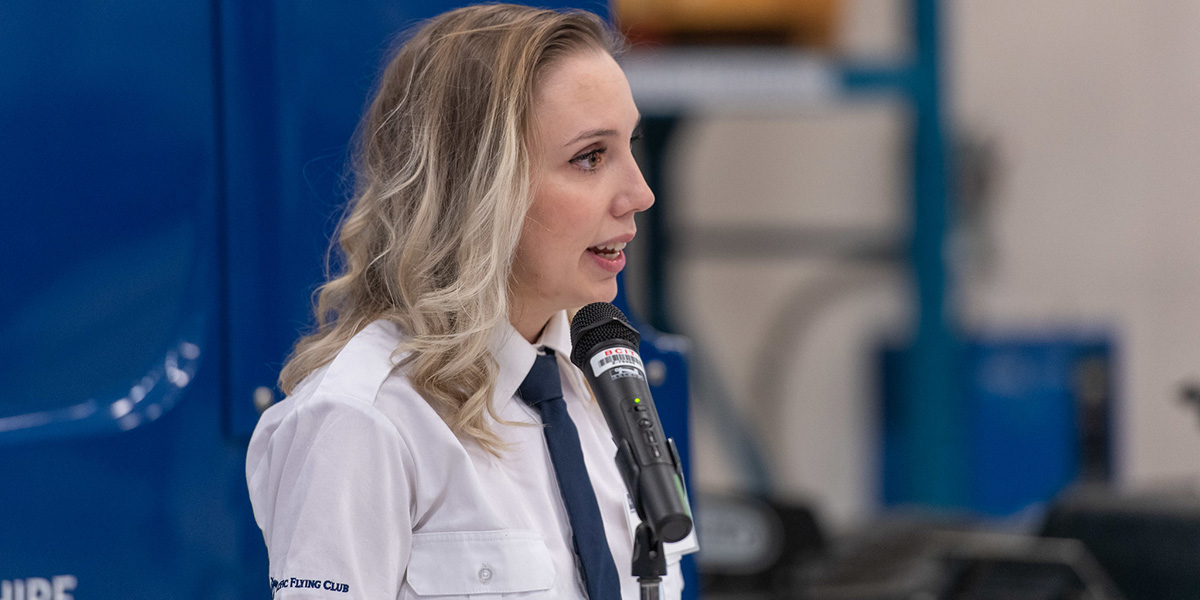 Donors and other BCIT supporters gathered at the Motive Power Campus on March 3 for BCIT Foundation’s 2nd Annual Bursary Tea. They were there to hear how their gifts were impacting the lives of students and enabling them to build better futures for themselves and their families.

“Last year, because of you and others like you, over a thousand students received bursaries totalling more than $2 million,” said BCIT Advancement Vice President, Paul McCullough, welcoming the group to the state-of-the-art campus on Annacis Island.

“Our donors have played a tremendous role in helping us tear down financial barriers and supporting the success of our best and brightest students,” said BCIT Foundation Executive Director Jackie Jacob, adding that the Foundation has made access and inclusion a key aim of its INSPIRE Campaign.

The Campaign aims to raise $125 million to build next-gen teaching and learning spaces for its applied education programs and is the largest fundraising campaign ever launched by BCIT.

“This is what philanthropic leadership looks like,” said Malcolm Hunter, Director, BCIT Foundation Board and President of the Deeley Group of Companies, as he thanked donors and supporters for their vision and commitment to the institute.

The event—which aims to recognize the si 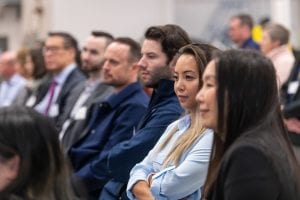 gnificant contributions made to BCIT bursaries—was emceed by bursary recipient Greg Wyenberg. Now an apprentice with Peterbilt Motors, the recent Heavy Mechanical Trades Foundation graduate told assembled guests he hoped to one day walk in their shoes and give back to his fellow students.

Airline and Flight Operations student Angela Janssen also took the podium and shared her journey to BCIT to pursue a lifelong passion for flying. The BCIT School of Transportation student worked for four years on the Site C hydroelectric dam in Northern BC to raise funds for schooling.

“Every day, I wake up grateful that I’m here and have the ability to be in this program,” she said. “I have been touched by the generosity of the instructors, administrators, and donors and consider it a privilege to have this education made possible for me.”

Following the reception and presentation, guests at the bursary event were also treated to a tour of the campus on Annacis Island.

See all photos from the event on Flikr.