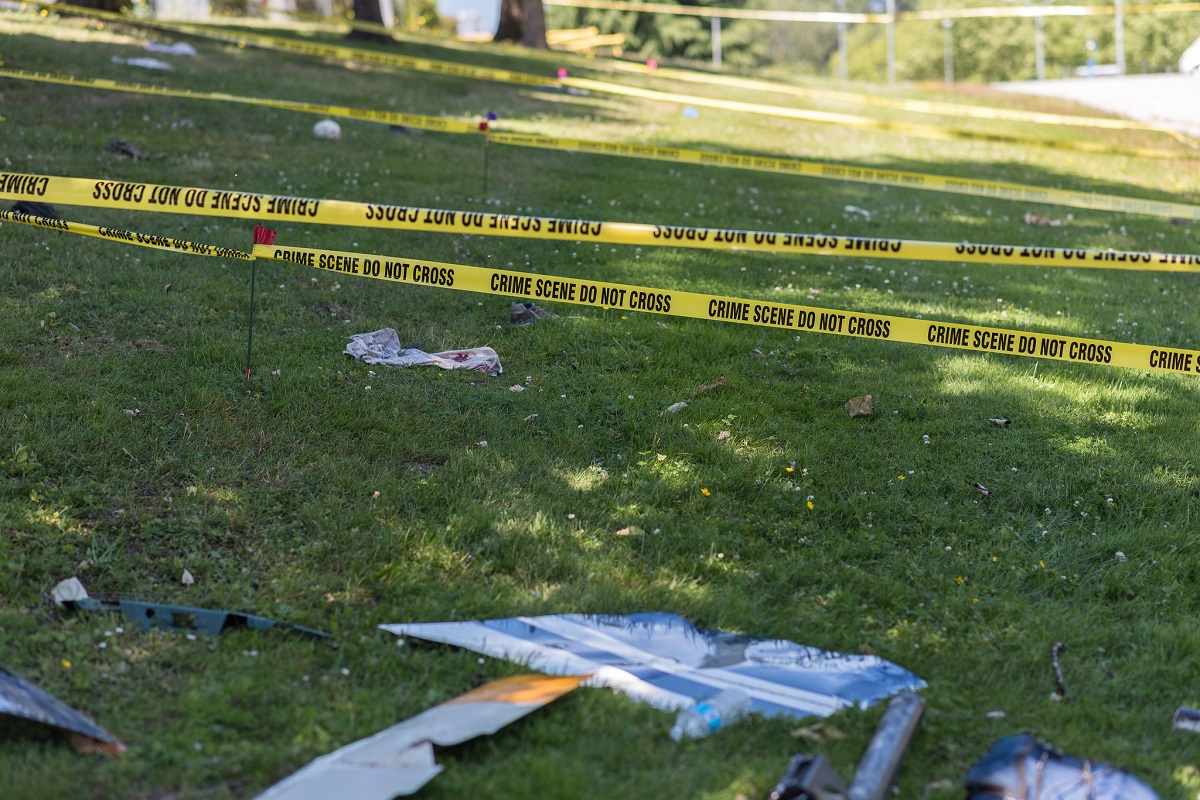 It’s not often that post-secondary students get to work on a project with real-world humanitarian impact. But that’s just what a group of Computer Systems Technology (CST) Diploma students were able to do this year.

The students were taking part in their program’s Industry Sponsored Student Project (ISSP), during which a student team takes on a project for an actual external client.

“We’ve been working with the BCIT Forensics DNA lab for years, and we recently learned there were other opportunities within BCIT computing that might be of interest,” explains Eric Petit, Director of the Special Investigations Unit. At the time, Eric’s team was responding to changes in the provincial government’s IT setup, and was having challenges with the database they were using for victim identification.

“I think the students were interested in our project because of its uniqueness and real life application,” says Eric.

The Coroners Service needed a database that would hold data on unidentified human remains, as well as missing persons information, and help make associations between the two. Such a system can ultimately bring closure to families in distress.

“I think the students were interested in our project because of its uniqueness and real life application” ~Eric Petit, BC Coroners Service

Eric found the first meeting with the students particularly interesting. It was the first time he’d seen all the small group project rooms on campus, and he was struck by the students’ focus.

“What impressed me was all the questions they asked me: scope, vision, all of it. The next day I received a scope and concept-of-project brief. It was extremely well outlined, it had everything we’d raised – bare minimums, stretches we’d like if it were possible – they hit everything we talked about, and really grasped what we needed.”

Eric turned it over to the technical staff and team lead Ian Charlton, GIS Analyst, to guide the students through the 12-week project term.

Ian says, “I met with the students every week, which let me see the project was on track.” He thinks this is key to a project’s success. Questions from both sides can be asked and answered, and the regular check-ins help ensure milestones are reached on schedule.

As Ian tells it, “The scope at the beginning of the term was significant, and the students had agreed to do it all. I thought maybe they took on too much, as it was hard to estimate how long it would all take.”

“I met with the students every week, which let me see the project was on track” ~ Ian Charlton, BC Coroners Service

The team did pull it together. In the end they did everything the Coroners Service had hoped for. The tool itself is quite simple, and is designed in such a way that it’s very easy to use and make any possible associations between remains and missing persons.

“The team was completely professional,” says Ian. “It’s a product we use on a day-to-day basis, exactly how we intended it.”

Eric adds “I’ve been involved with IT projects for a long time in my career, and quite frankly, what they were able to produce in the time frame, was exactly what we wanted, it was excellent.” The team even learned new tools and a new programming language to accomplish the project.

The client also enjoyed attending the final project presentation, which they felt went very well for the team.

“It was so rewarding to watch the final demonstration, and to see an industry customer excited about being able to use the end product,” adds Donna Turner, CST Program Head Student Success, who oversees the projects.

Project student Zora Lalli was pleased with the result too. “It was a big upgrade from their old platform, and they still use our app since the project completion date for all their data management.”

As to the chance to work for an actual client, Zora says, “It was an extremely valuable experience in which we learned how to effectively develop for a real industry client.”

According to Donna, that’s exactly what the industry project is for. “They’re a great way for students to learn teamwork, communication, and technical skills while at the same time creating something of value for real world situations.”

“They’re a great way for students to learn teamwork, communication, and technical skills while at the same time creating something of value for real world situations” ~ Donna Turner, Program Head

Advice for others considering being an industry project client

Student projects are generally most suited to prototypes or proof-of-concept activities. Eric and Ian recognize the exceptional nature of their project. They recommend that industry clients have a realistic view of the students’ time availability – they don’t have time for a huge project. The regular meetings are also essential.

“Overall the whole thing was a pleasant experience, I would definitely look to them again if I had another project for our section,” concludes Eric.

Keep up with the latest from BCIT Computing by signing up for Tech It Out quarterly newsletter.