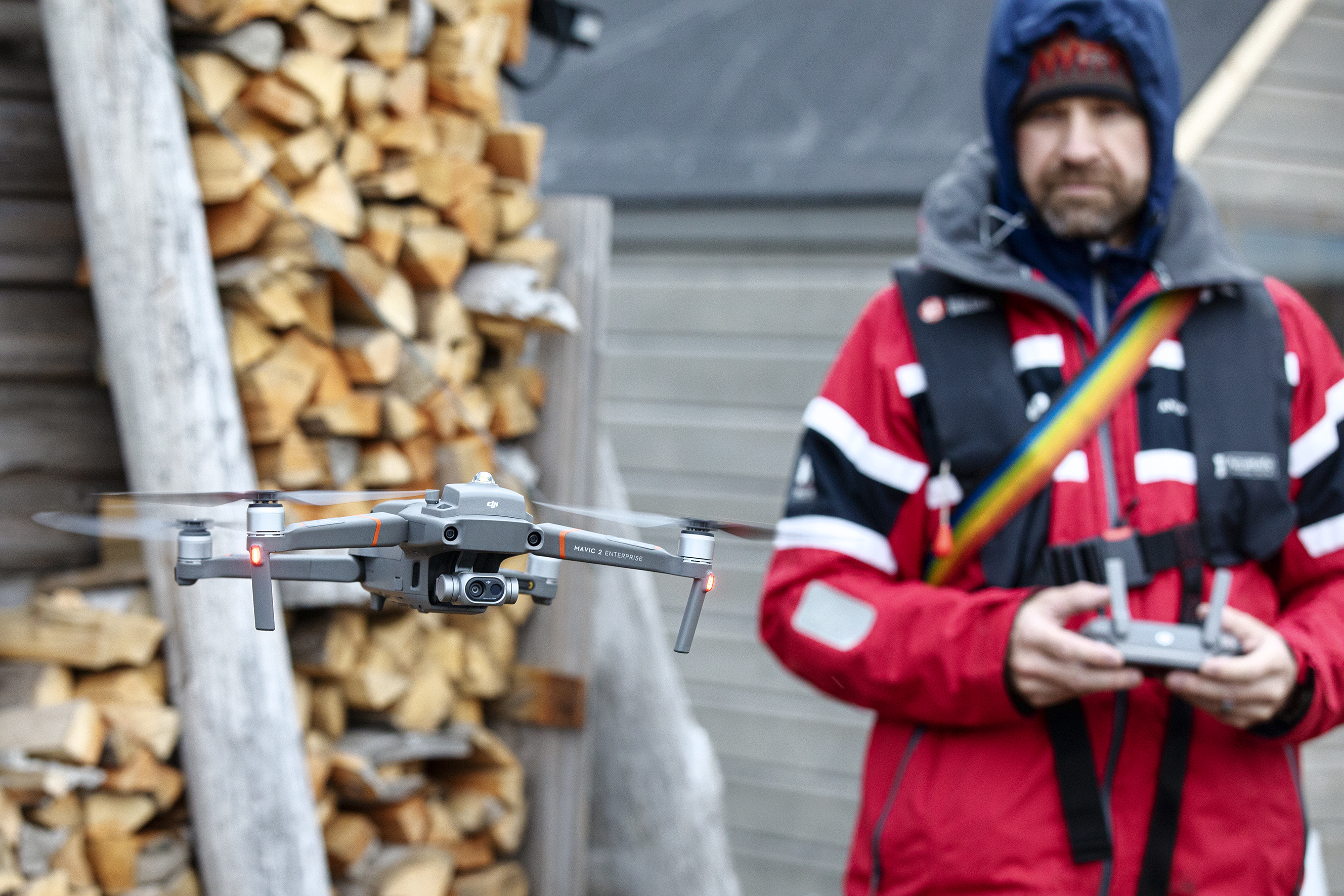 Note to media: If you are interested in interviewing Dr. Eric Saczuk on this research project or drone-related topics, please contact Amy Chen, 778-384-7245.

As an avid photographer, traveler, and Geomatics Engineering Instructor at BCIT, Dr. Eric Saczuk frequently integrates his environmental research with adventurous travel to off-the-beaten path destinations. Nearly two years ago, he traveled to Antarctica for a research sabbatical where he used remotely piloted aircraft systems (RPAS, aka drones) to map the region and study climate change. It was also on this trip, that serendipitously led to his latest climate change research in Norway.

Eric was looking to hitch a ride to Antarctica when he met Sunniva Sorby, an environmentalist, explorer, and Co-Founder of Hearts in the Ice (HITI). As the Global Marketing Director for Polar Latitudes, Sunniva helped Eric with his travel to the Northwestern Antarctic peninsula. From that encounter, a friendship was formed when they discovered their shared passion for adventure and to make a difference relating to issues of climate change.

When Sunniva returned from Antarctica, she invited Eric to be a part of the Hearts in the Ice project that raises awareness for climate change by collecting wildlife observations and weather data for various research partners and institutions around the world, including NASA. Sunniva and project Co-Founder Hilde Falun Strom, were particularly interested in studying the polar region in the High Arctic of Svalbard, Norway, because of a tragic avalanche that took place in December 2015.

A native of Svalbard, Hilde Falun Strom was still living in Norway when an unexpected avalanche came down a mountainside into the town of Svalbard on December 19, 2015. More than 50 homes were buried and two people were killed, including a baby that lived next door to Hilde.

This nightmare was a wake-up call for Hilde as avalanches were not common in Svalbard.

Svalbard is an Arctic desert, typically characterized by very dry and cold conditions with little precipitation. According to a report released by the Norwegian Center for Climate Services, the average annual temperature in Svalbard has risen by 4 degrees Celsius since 1970. Even more surprising, winter temperatures have risen more than 7 degrees Celsius.

The deadly avalanche literally brought home the tragic result of climate change. As the temperatures rise, more precipitation falls as rain. When heavy rain falls onto the snowpack, it destabilizes and avalanches.

For this project, Eric provided expertise and training to support Sunniva and Hilde in using drones to capture spatial data for use in citizen science research projects.

“Drones can be valuable tools for studying climate change. In the field of geomatics, drones are mostly used to capture construction data but it’s still a relatively new tool to use in conservation efforts,” explains Dr. Eric Saczuk, BCIT Instructor in Geomatics Engineering and Transport Canada Certified RPAS Flight Reviewer. “Drones are less invasive, quick to deploy, accomplish similar type of data collection as you would with a helicopter but at a fraction of the cost, and have the ability to cover hard to access areas much faster than can be done on foot.”

Hilde and Sunniva are collecting drone data biweekly between November 2019 and March 2020. Images captured by the drones, donated by InDro Robotics Inc., will be used in research projects with HITI research partners around the world, including BCIT. It is the goal that the results of these scientific projects will raise awareness about the severity and impacts of climate change in Arctic regions.

Tags: Applied Research, School of Construction and the Environment, Sustainability