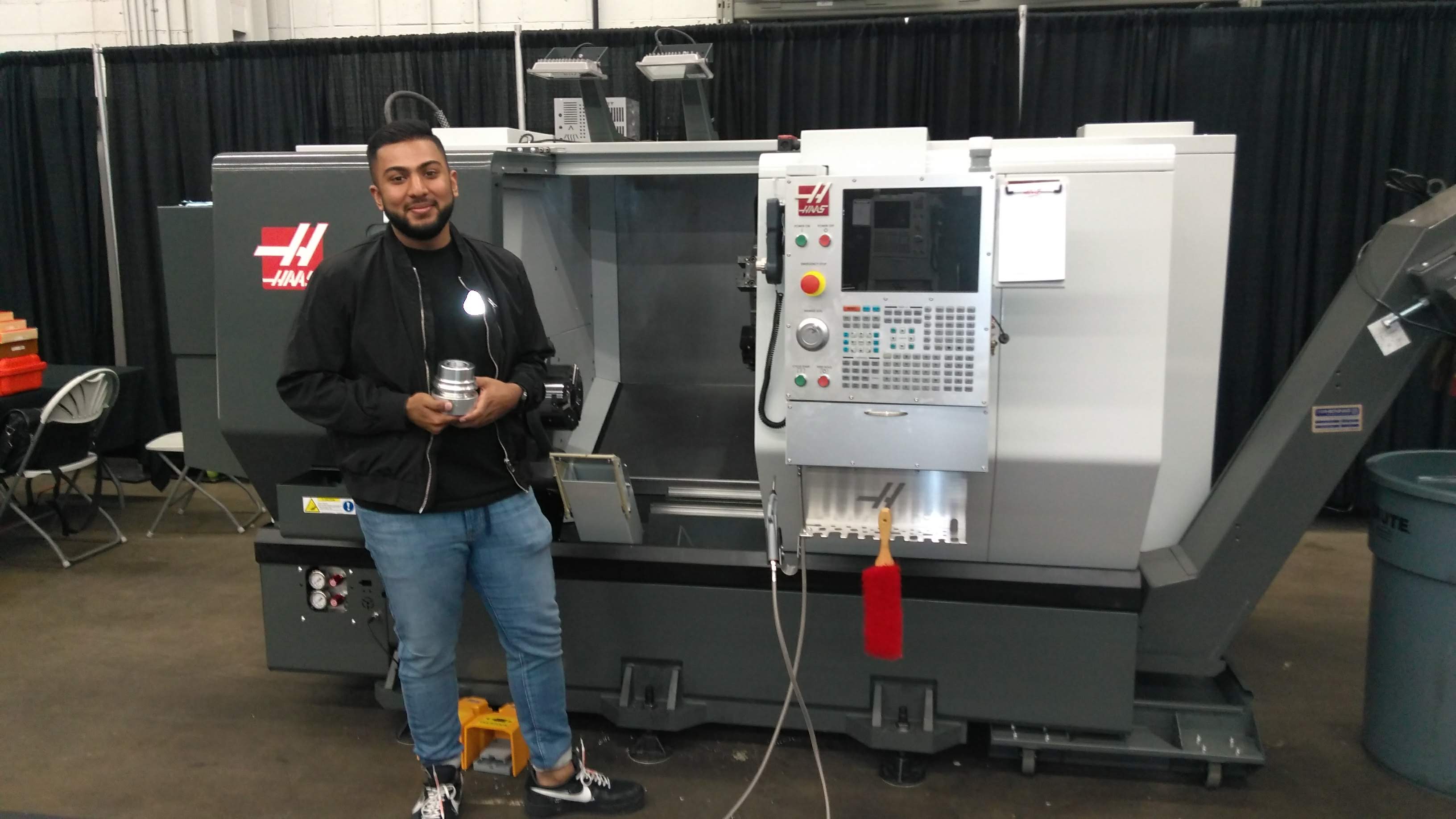 Following a gold medal win at Skills Canada National Competition in Halifax, BCIT Machinist student Rashad Ali has been chosen as one of four BC students to proudly represent Team Canada at the upcoming WorldSkills Competition in Kazan, Russia from August 22 to 27.

The WorldSkills Competition is held every two years and represents the best in international excellence in skilled trades and technologies. This year’s competition will attract more than 1,300 competitors from up to 80 Member countries and regions who will compete in over 50 skill areas.

Rashad Ali will compete in the CNC Turning skills category, where he represents the best of his skill in Canada. His competitors will feature top talents from around the world, which include Thailand, Japan, China, Korea, Austria, and Brazil.

Not only is Rashad extremely talented at what he does, he’s also an enthusiastic CNC machinist.

He shared, “I was introduced to this trade at a young age by my father, who worked in a manufacturing facility and took me there during the “take your kid to work” days. This allowed me to see first-hand how the manufacturing process works and the role that CNC machining plays.”

Rashad became increasingly interested in metal working when he was in high school. He added, “After doing some research on future career paths, I found that there were plenty of jobs in the manufacturing industry that paid well.”

As Rashad will be contending against the best in the world, he has received tremendous support from Skills Canada, BCIT, and industry partners, such as Haas Automation, to complete an intensified training that will continue until his competition in Kazan.

“Rashad has been training at BCIT every Saturday and Sunday for eight hours a day for the last couple of months,” said Marte Arreola, Chief Instructor of the Machinist program at BCIT and Team Canada CNC Trainer. “This is a stage of intense training and Rashad recognizes the level of commitment and practices on the CAD/CAM software every day to reach world speed.”

Part of the training leading up to this international competition requires contenders to familiarize themselves with the machinery used in the competition. For this reason, Rashad and Marte spent time in Germany earlier this summer to train on the model of machine that will be at the competition in Kazan.

“With willingness and dedication this is the world class level of education you can achieve at BCIT,” Marte added. “Rashad is not only representing Canada, he is representing BC and most importantly, BCIT. Rashad is the success of arduous work and commitment by the instructors in the Machinist department. Without their teachings, this would not be possible. Thank you for all the good work you do.”

Best of luck to you, Rashad!