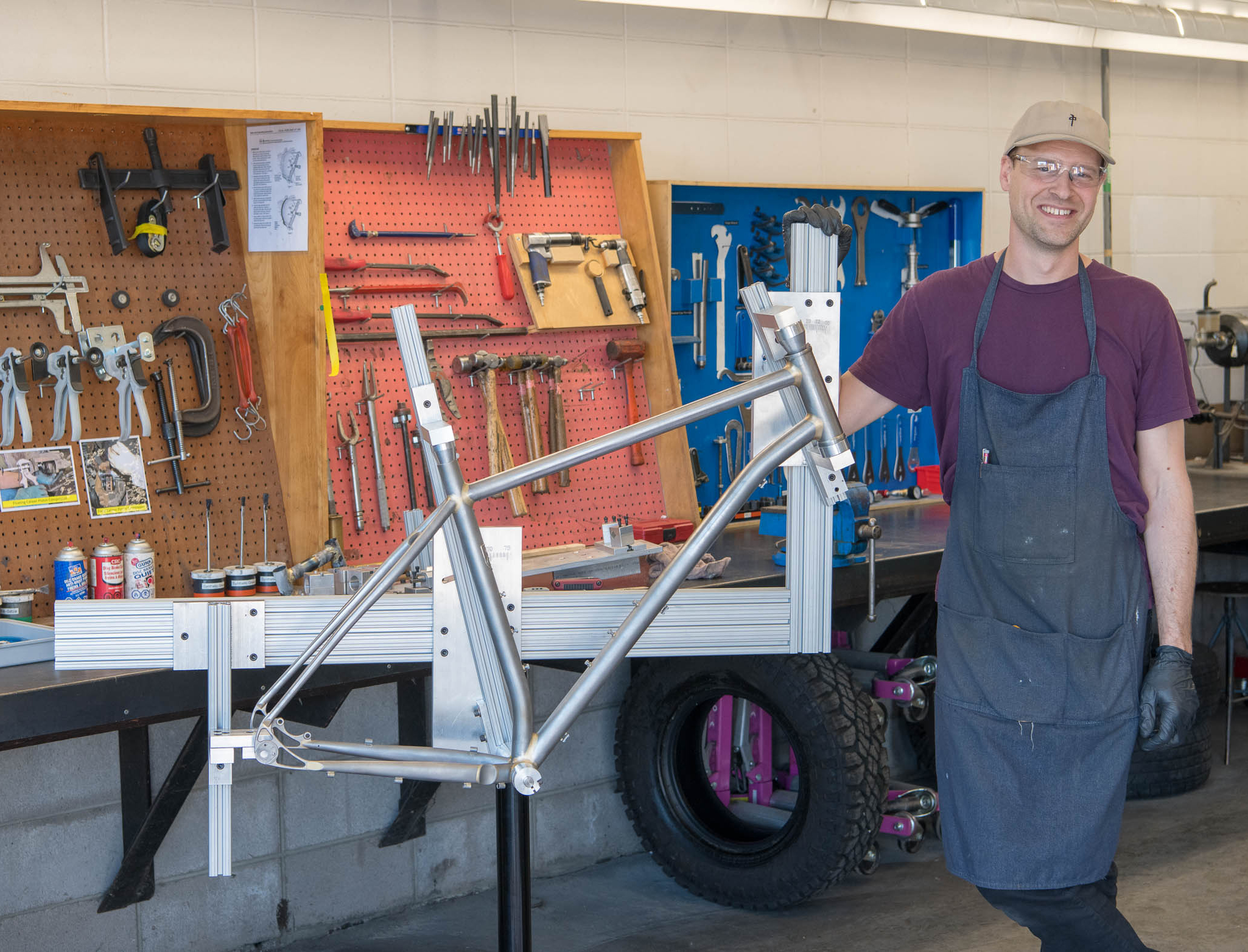 With bikes being popular among high school students, it is natural to include a bike repair module as part of the Technology Teacher Education (TTED) program at BCIT. So, Roger Bortignon, Program Head, integrated a five-week bike mechanics module into the Power Technology course. During the module, students learn how to dismantle an entire bicycle, inspect the parts, correct deficiencies, and properly put it back together. As a result, some TTED graduates have incorporated bike mechanics into their programs in high schools.

“If they have the passion for an area, our grads have the latitude to introduce a technology in their school,” says Roger.

Students with passion for bikes

One TTED student with such a passion for bikes is Tim Sorensen. Just about to wrap up his second year of the technology component at BCIT—Tim is fine-tuning a custom jig that he hopes to bring to his future students after he completes the Pedagogical component at UBC. Beyond bike repair, Tim hopes to offer those interested, the opportunity to build their own bikes.

“The skills are within their realm,” he says. With a background in carpentry and a love of mountain biking, this project has allowed him to combine both interests.

In making the frame building jig, Tim went through the learning curve himself so that he could pass his experience on to the students. The jig provides custom support in order to assemble the tubes, set the geometry, make tweaks, and weld the frame. During their high school years, students learn a series of skill-building exercises, such as how to miter and to use AutoCAD. With these types of skills, a student could potentially go on to build their own bike under Tim’s guidance.

Donating the repaired bikes to their new owners

For youth who may not be able to afford a car, a bike can open new horizons. Above all, Tim and Roger would like to see more people get on bikes. After the bike repair module is done, Roger donates all the bikes that his students have repaired to Our Community Bikes, an organization that helps marginalized people gain access to working bicycles. They in turn, give him a new batch in need of overhaul that his next cohort of TTED students can repair—and bestow that sense of freedom that can be found on two tires.