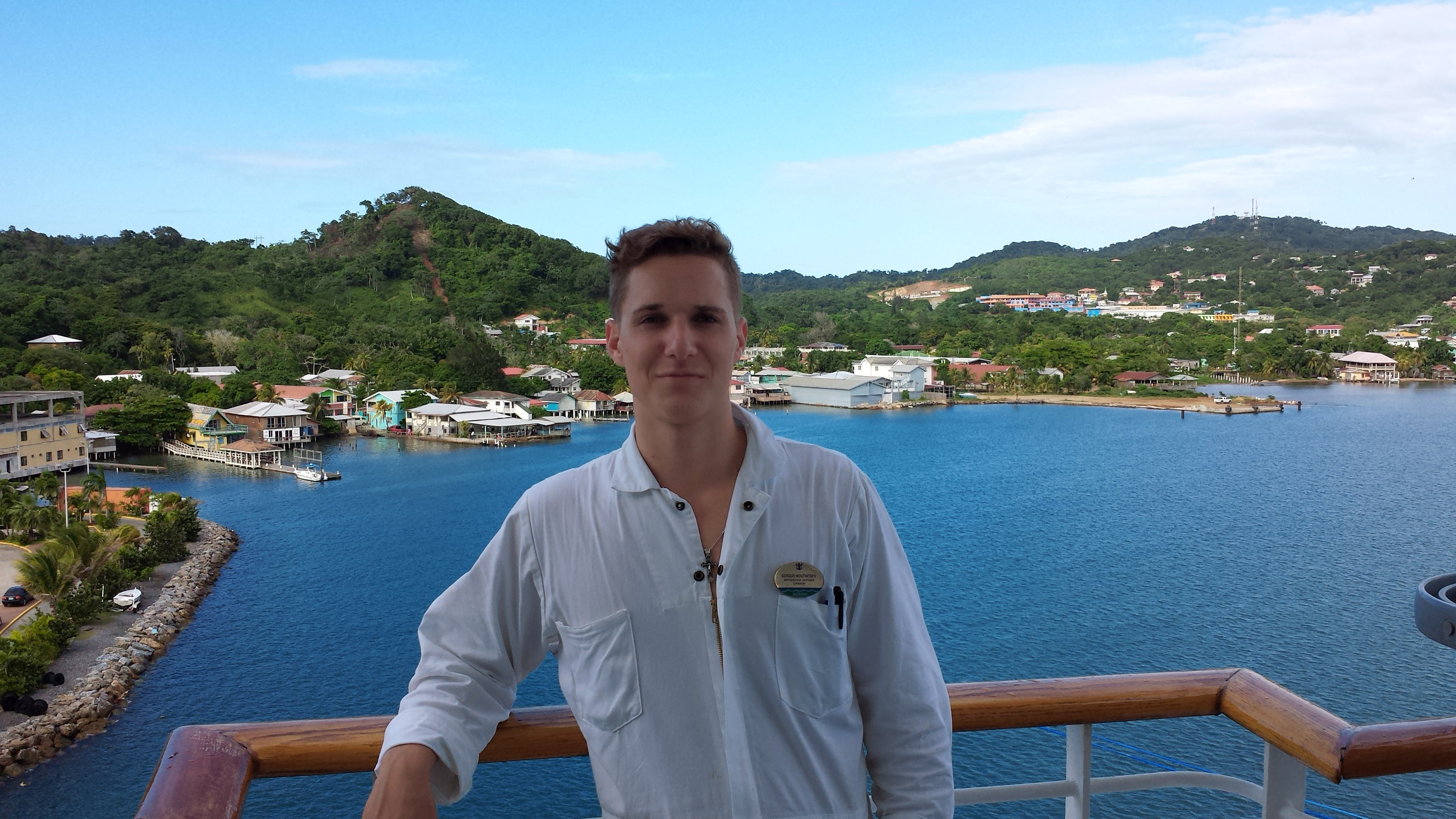 Welcome back to my story aboard the Vision of the Seas, sailing with Royal Caribbean.

How do cruise ship companies decide when and where to send there ships to? The ships can’t just sail into any port they please, unload 4000 people, hangout for 9 hours waiting for the guests to come back, then cast off to wherever sunshine and clear skies are forecasted.

For determining where to go, there are special auctions held years in advance where you have a plethora of different cruise companies bidding on certain ports of call. To determine whether a company should go all in for a certain port, various factors are considered, but most of these boil down to a single argument: will this particular port be sellable. This in turn determines if this said port will be a justifiable investment for the season.

For determining when to go, you are solely governed by weather. People, generally speaking, are more interested on spending their vacations somewhere warm. Taking this into consideration, an itinerary is developed. One trend in the cruise industry is to sail the Mediterranean or Baltic routes for the duration of the entire summer season beginning in April, and once October hits, complete a transatlantic voyage to the Gulf of Mexico. Then cruise all over the Caribbean for the winter season and when April comes around, hello Europe.

On the Vision, we have left Barcelona mid October and sailed our way down to the Gibraltar. After my chance at an obligatory red phone booth banger, we headed for the Madeira island. This was our last European port before arriving in Nassau, Bahamas. The entire voyage took us 8 days, steaming at a breezy 17 knots. These sorts of voyages are called “repositioning cruises” and are apparently an emerging trend that many people partake in – I talked to one couple who was in their 18th repositioning cruise and showed no signs of stopping. These cruises are generally cheaper because you see no land for weeks at a time, but, you do accumulate loyalty points to use towards your next Diamond Club membership.

Regarding encountered weather, there was a low pressure system developing north of our passage, but other than that, the Atlantic was still relatively welcoming this early in the year.

During the crossing, all ships personnel were running around in anticipation of the “first Tampa” (Tampa, Florida was our turnaround port). Since it was also the first American port we’d come to after the European season, we would get greeted by the US Coast Guard with their most meticulous and ruthless inspection. The USCG needed to verify we were fit to carry American passengers and had all the safety and sanitary means to do so. Otherwise the ship would be quarantined, fined and detained until all non conformities had been rectified. If the ship’s galley staff is spotted not following FoodSafe procedures, if one of the fire hydrants has not been inspected for the month of June, if wine glasses have fingerprints on the inside, etc – the ship loses a point. The point system is out of 100, and a score below 95 is automatic failure.

The Vision of the Seas passed with flying colours and was peacefully on it’s way to Cancun, Mexico. Our itinerary consisted of Aruba, Curaçao, Grand Cayman, Bahamas, Cancun and Costa Maya (Mexico), Belize, Honduras, Key West (Florida) and Haiti.

During our crossing voyage, one of our 2nd officers decided to quit. He was discharged in our first port of Nassau, Bahamas and I was promoted to a 2nd officer position for 2 weeks, even getting a single room as per the contract. The other 2nd officer had the day shift, and I was keeping watch from 00:30 until sunrise. After which I would do my checklists and crew trainings, if any, and then take up shore leave until “all onboard” (which was usually at around 4 pm).

The best beach I’ve been to is the famous 7-Mile Beach on Grand Cayman island (formerly referred to as the Isle of Tortuga). Suddenly I remembered all these Air Canada brochures about getaway deals and thinking at how photoshop has advanced these days, and realized that no, this is what’s really out there.

I have only spent 2 months in the Caribbean before flying home to the thriving metropolis of Calgary. My 8 month contract was up, and even though I was quite enjoying the nature of my work and the beaches that come with it, for the first time in my life, I was longing for the cold and the snow.