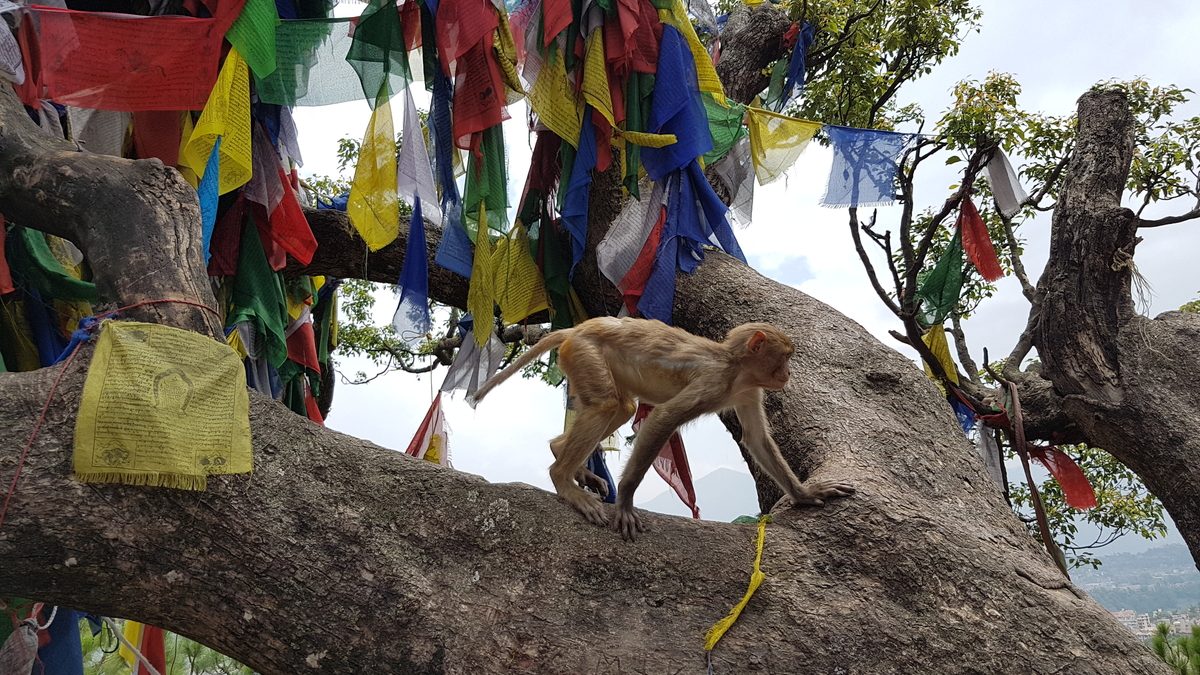 BCIT Civil Engineering students Ryan Kroeker and Casey von Hahn spend most of their time in Burnaby, British Columbia, studying with the BCIT School of Construction and the Environment. This summer, however, they’re in Kathmandu, Nepal. Ryan and Casey are working as Earthquake Engineering Interns, helping the area become more earthquake resilient. They are blogging about their experience. To find more of their stories, click on Casey’s byline above or this link.

Two of some of the most beautiful temples in Nepal, Swayambhunath (Monkey Temple) and Boudha Stupa have been crossed off of our list of places to check out in the world.

Swayambhunath is an ancient Buddhist temple atop a hill in the Kathmandu valley. The temple consists of a stupa (mound/hemispherical structure) with the eyes and eyebrows of Buddha painted on it. It is one of the oldest religious sites in Nepal, containing 20 kg of gold gilded on the top of the structure. According to the scripture at this religious site, the valley was once filled with an enormous lake in which a single lotus grew out of. When bodhisattva Manjusri cut the mountains to drain the lake, the lotus settled upon the hilltop and turned into a stupa. Now the reason it is called monkey temple is that there are probably a thousand monkeys on top of the hill. They look cute until you try to feed one. Then they start to hiss and swat at you.

Boudha Stupa is one of the largest spherical ancient stupas in the world at 100 ft in diameter. The area of the temple takes up 6700 meters squared and stands 142 ft high. According to legend, the temple was created by women who was granted land to make an offering to the great Boudha using her savings. She started the construction of the ginormous structure and her 4 sons finished it after being approved by the king at the time. You can walk around the temple spinning the prayer wheels, bringing luck and prosperity towards you and your family.

These are only a few of the temples of which we visited and there many more to come!

Tags: International, School of Construction and the Environment