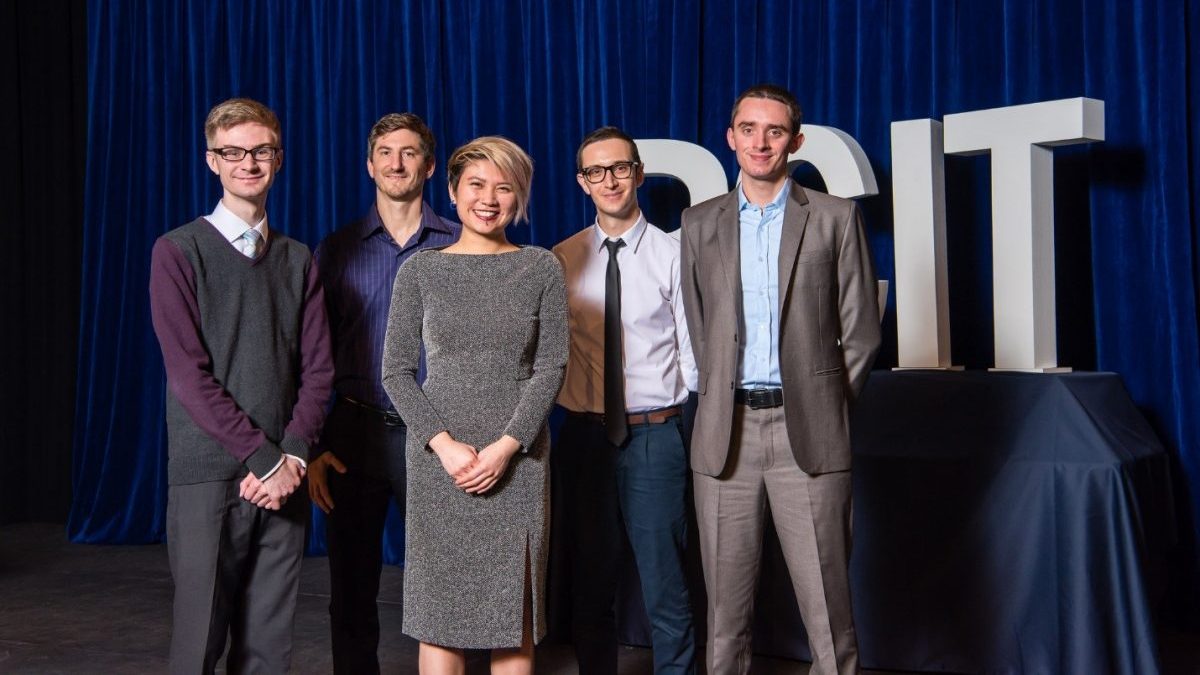 BCIT students have earned something of a reputation for having an unbeatable work ethic and the ability to thrive under busy workloads—and Computer Systems Technology (CST) Diploma Program students are no exception.

That said, even they could use a bit of help from time to time. That’s where Vancouver-based mobile gaming company IUGO Mobile Entertainment comes in. The company supports CST students with both Entrance Awards and First Year Achievement Awards, making it easier for CST students to concentrate on their studies and reach their full potential.

“Financial support from companies such as IUGO means that students like me can focus on learning,” says IUGO Entrance Award recipient Taryn Stickney. “It’s also extremely encouraging to know that there are people out there who want you to succeed.”

As an independent studio in that specializes in premium games for smartphones, IUGO is keen to support—and hire—capable grads with the latest skills. “The contribution IUGO provides to BCIT doesn’t compare to the output we receive from their graduates,” says IUGO President Hong Yee Wong. “We benefit greatly from the foundation that BCIT provides to their students and have sought to hire numerous candidates from BCIT programs.”

Students entering the CST program are eligible to apply for an IUGO Entrance Award, which recognizes BCIT students for both academic and non-academic achievements. IUGO First Year Achievement Award recipients are selected by BCIT faculty for showing commitment and perseverance in their first year of studies.

CST student Christofer Klassen was selected for both awards. He says he’s grateful for the support from IUGO and is confident that he made the right choice in coming to BCIT. “I wanted to learn the ‘right’ way of doing things,” says Klassen. “There’s a lot of complexity behind game development that I wanted to get a head start on before entering the industry.”

BCIT’s Dean of Computing and Academic Studies Steve Eccles says he’s thrilled with BCIT’s partnership with the local gaming company. “The support provided to students—and to the CST program in general—helps prepare our grads for their careers in industry.”

About the BCIT School of Computing and Academic Studies:

The BCIT School of Computing and Academic Studies (SoCAS) is a leader in interdisciplinary education. Many programs SoCAS are the largest or most extensive of their kind in Western Canada. The School also has the most extensive part-time studies computing offering in the province, with just-in-time, fast-in-fast-out options for professionals who require upgraded or expanded skills.

IUGO is an independent studio in Vancouver specializing in the design, development, and deployment of premium games for smartphones. IUGO has been successful both in delivering recognized AAA titles for major publishers and with its own original IP. IUGO actively hires top BCIT grads and is excited to support young minds advancing their knowledge and skills through further education.